Putting the Cho in psycho: an interview with Margaret Cho

It’s a show of all-new material. I’m really proud of it. It’s a call to action. 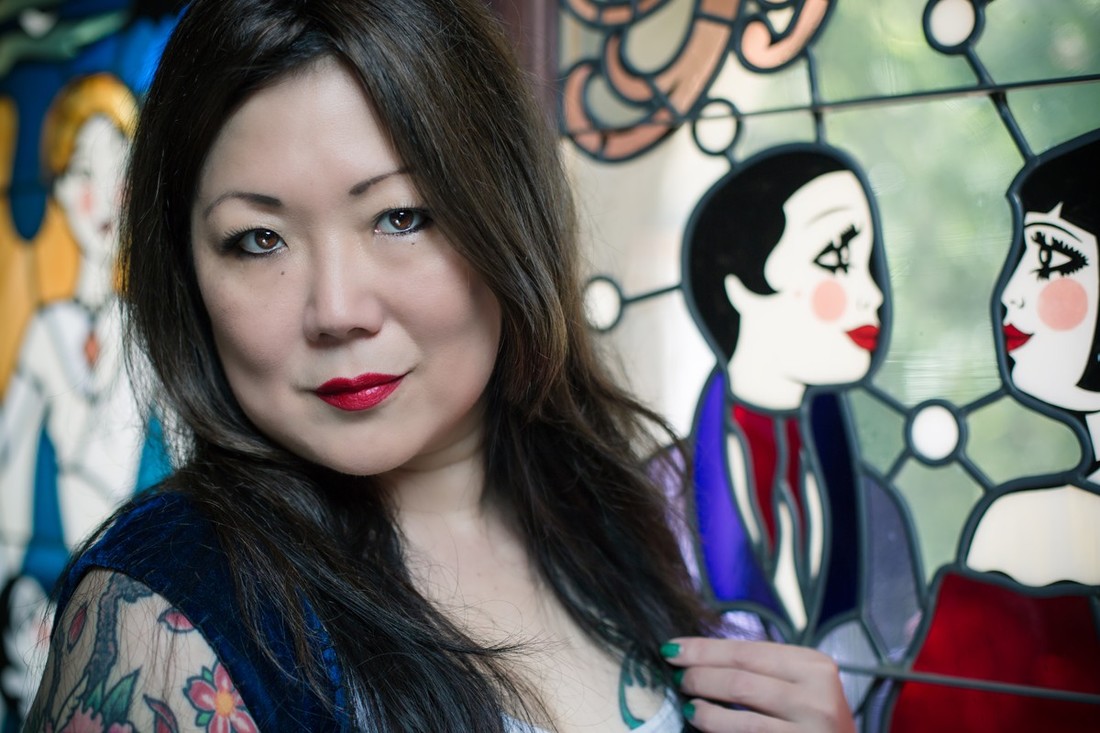 Margaret Cho tells us about her new movie and upcoming tour

If you’ve ever seen any of the movies in Liam Neeson’s Taken series, you know they are as much homage to the vigilante movies of Charles Bronson as they are borderline caricature. However, if you are craving a true spoof, check out Tooken (Elevative), starring Margaret Cho as insidious male villain Brownfinger. Cho, whose Kim Jung Un imitation remains unequaled, channels that hysterical testosterone energy into the vicious Brownfinger whose fascination with dogs and explosives are almost inseparable. Tooken, which bows on VOD and digital download in late May, is a good way to reacquaint yourself with the busy comedian and to hold you over for her return to the stage for The psyCho Tour,  hitting the road this spring and continuing throughout the fall. I spoke with Margaret in the spring of 2015 about the movie and more.

Gregg Shapiro: Tooken is in the tradition of movies that parody other movies, such as Airplane!, The Naked Gun and Scary Movie. Are you a fan of those movie parodies?

Margaret Cho: Absolutely! It was exciting to do this film. I think it’s really funny and fun. It was a thrill to be a part of this great cast. It’s a great show. I’m really happy about it.

GS: Do you have a favorite of those previously mentioned movie parodies?

MC: I think Airplane! is the ultimate. Airplane! is so funny and it has such a great history. It really holds up. The humor is just so good.

GS: Tooken parodies the Liam Neeson Taken series. What do you think of those Neeson movies?

MC: I love them! They’re really exciting to watch. I get a real thrill from anything like that. I love the seriousness of it all [laughs] and the formula. I actually am a fan of the movies themselves.

GS: Do you think there is another series out there that is ripe for parodying?

MC: Maybe The Fast and the Furious. That would be good.

GS: In Tooken, you play the sinister villain Brownfinger. What are the challenges and rewards of playing a movie villain?

MC: It’s great! I’m also a man in it, which I love to do. For me, it’s exciting to transform into different characters. I really enjoy that.

GS: If I remember correctly, you are a dog lover.

GS: How did you feel about the depiction of violence against dogs in the movie?

MC: Basically, it was written so that we could have (an excuse to have) dogs on the set. It was joke that allowed us to come to work every day and have dogs all around us. They were so sweet and adorable.

GS: Without giving away too much, the duel between Brownfinger and the Neeson-esque character Bryan (played by Lee Tergeson), near the end of the movie, gives a whole new meaning to swordfight. What was it like to have Bryan’s weapon of choice coming at you repeatedly in that scene?

MC: It was so funny. We laughed so much at that. It was pretty uncomfortable for him, for Lee. It was pretty heavy. We trained a lot to get ready for it. It was hard. The shoot itself was in the middle of the night. We really went for it, but it was funny.

GS: In the fall, you will be back on the road, this time with “The psyCho Tour.”

MC: The show is actually called, “There’s no I in Team, but There is a Cho in Psycho.”

GS: Have you been working on any new songs for the tour?

MC: There is one new song in the show. It will also be in my new show that I filmed for Showtime which will be out in September. But I do have a new album of music coming out, I’m just not sure when. I have been recording music steadily since Cho Dependent was released. It’s something I always love and will always pursue.

GS: Will it be similar to Cho Dependent where you worked with a strong roster of guest artists and songwriters?

MC: Yes. I’m focusing on one per record. I’ve done one with David Garza, who is amazing. I’ve done another one with Garrison Starr. I’m doing one now with Roger Rocha.

GS: What else can fans expect from the tour?

MC: It’s a show of all-new material. I’m really proud of it. I’m going to be talking a lot about the trend in violence towards people of color, towards women. It’s a call to action, I think.

GS: The 2016 presidential election is on a lot of people’s minds. Do you have any thoughts about it?