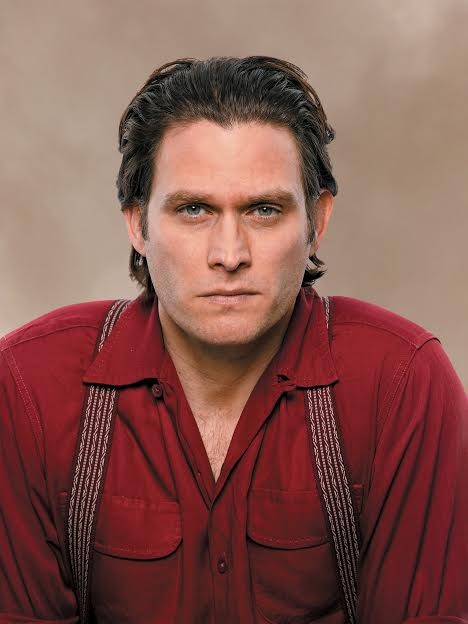 Carousel comes to a close May 3

The team of Rodgers and Hammerstein that brought the world Oklahoma! looked for a second musical vehicle with Carousel all the way back in 1945. It was adapted from the 1909 play Liliom transplanting it to Maine. The story revolves around a carousel barker named Billy Bigelow who falls in love with millworker Julie Jordan. The Civic Opera House breathes new air into the production starring Steven Pasquale. This actor and singer will be remembered by many from the FX series Rescue Me. He has maintained a strong career in theater with The Spitfire Grill, The Wild Party, and originating the role of Fabrizio in The Light in the Piazza.

Nunn went backstage to talk to the talented barker with a bite before his afternoon performance.

JN: (Jerry Nunn) Hi, Steven. Were you born in Pennsylvania?

SP: (Steven Pasquale) I was born in Maplewood, New Jersey. I was raised in Hershey, Pennsylvania.

JN: Are you a chocolate fan?

JN: Did you always love musicals growing up?

SP: No, I was an athlete as a kid and discovered them very late, not until deep into my teenage years, maybe like 16. I saw the Broadway production of Blood Brothers. Brian d'Arcy James was on for David Cassidy. It moved me so much that I felt in that very moment I wanted to be an actor. He hates when I tell that story because it makes him feel old.

SP: Carousel. It is one of the top three musicals ever written. Gypsy is a great one, West Side Story, Sweeney Todd, Sunday in the Park with George, Floyd Collins, Light in the Piazza.

JN: Talk about the experience of The Bridges of Madison County the Musical.

SP: It was amazing and deeply disappointing that we couldn't find an audience. It was well executed and Jason Robert Brown is one of the few living composers that if this were the '40s or '50s would be more embraced.

It was an incredible experience creatively and very disappointing from a commercial standpoint.

JN: You are not only a good actor but really have the chops to sing in Carousel.

SP: If you don't sing well this part is too famous and it won't work. It is important that he is sung well. I think what was a smart idea of the director Rob Ashford was to bring an actor who is an actor first because the book of this show is very smart and very layered. A lot of the acting suffers if you don't hire a singer that has the chops to sing these hard songs. Hopefully this is an opportunity where we have both.

SP: Oh yeah. He leads with his chest.

JN: Charlotte D'Amboise who plays Mrs. Mullin has an Annie Lennox vibe to her.

SP: What a smart casting decision to use someone that oozes sex appeal because Mrs. Mullin becomes an actual option for Billy instead of a nagging older woman. It is a triangle that works in this version better than in many previous versions.

JN: Were there a lot of changes from past productions?

SP: Certainly our take is very unique. The key to this play really working is having empathy for Billy Bigelow. If he's just a lout who smacks his wife then the play doesn't work at all. That is enormously challenging so Rob Ashford, Laura Osnes (who plays Julie Jordan), and I have had many conversations about how to go about doing that. We feel that if their connection is very earthbound, soulful, and chemical in a way that was not common in the late '20s and early '30s, as the show is set, then that connection can see her through the flaw that he has. Hopefully it will garner a little bit of understanding from the audience in terms of why she loves him so much.

JN: I read that Carousel was based on a story where he hits his daughter and goes to hell so they changed that ending obviously.

SP: Yes, Liliom that it was based on is significantly darker. Carousel has a more hopeful ending.

JN: Are you exhausted after performing this long show sometimes with two shows a day?

SP: It is about two hours and 45 minutes which is common for an epic love story. I did Tony Kushner's The Intelligent Homosexual's Guide to Capitalism and Socialism for almost five hours in our first preview so that is long! But the answer is yes, there is a lot of singing and the acting requires a lot of energy.

JN: How was being on The Good Wife last year?

SP: It is a New York shot show that celebrates all the theater actors around there. Everyone that is in New York working ends up on The Good Wife at some point. Julianna Margulies is a great leader. It is the best written network drama on television. It was fun to be around that.

JN: Are you based in New York?

SP: Yes, it is very rare for me to leave there so Chicago is a great alternative. It was terribly cold for the first month that we were here. We are finally seeing a crack in the weather. The theater scene is great and the people here have a softness that you don't get in New York.

JN: Did you watch Dexter?

SP: No, but working with Michael C. Hall in Six Feet Under I was very grateful for. That was my first job.

SP: Yes, I would like to work with John Pizzarelli again, who worked with me on the first album. I think we will do something this year or next with just voice and guitar, some classic songbook stuff. He is just the greatest guitar player in the world.

JN: You have an interesting tone to your voice. Where does it come from?

SP: I am an untrained singer so I am self taught from singing in the car with Billy Joel, Donny Hathaway or Stevie Wonder then eventually Anthony Warlow and Mandy Patinkin. That is how I learned to sing. It is hard to describe where it comes from really.

JN: What are your plans after the run of Carousel?

SP: I am going to do this Ryan Murphy series this summer in Los Angeles called American Crime Story. It is a look at the O.J. Simpson trail. I'm pretty excited about it.

JN: How was the casting process with Ryan Murphy?

SP: He just asked me to do it. I haven't had to do auditions in a long time and I am very grateful because I didn't think I was great at it and it is the worst part of being an actor. The past few years I haven't had to audition much so I am happy about that.

I play Mark Fuhrman who was the racist cop who screwed up the whole case in court if you remember. There are really good people cast like John Travolta, Cuba Gooding, Jr, Sarah Paulson. Johnnie Cochran is going to be played by Courtney B. Vance.

I shoot this the day after Carousel closes so I don't even get a break. No rest for the weary.

JN: You have such a varied career.

SP: That was the idea. I knew I could do a variety of things but I didn't want to be pigeonholed into one area. I didn't want to always do comedy, drama, TV, plays, or musicals. It is important to show people multiple colors all the time or otherwise you can stuck in one thing. It was important for me to not be cast as just a singer so I made an effort to spread my wings in other ways so that I could return to it in a way that felt more right.