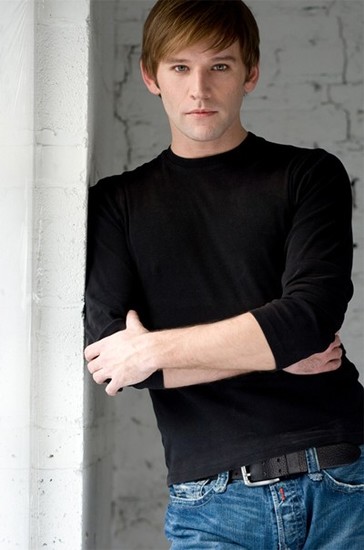 Bailiwick's critically-acclaimed production of Fu**ing Men, which has twice been extended, will play its final performance on Sunday, Aug. 29. Written by Tony-nominated writer Joe DiPietro, the hit production observes the sex lives of the modern urban gay American male, while taking you on a personal journey of life as a gay man.

The entire cast of hot and talented actors do an amazing job of conveying their characters with superb performances. Each with their own niche in the gay community; leaving audience members learning something new about themselves and others.

After a recent performance, I had the opportunity to spend time with four of the cast members. Here I talk to Ryan Lanning.

BP: (Bill Pritchard) Your character, Sammy, has so much energy. Are you like that in real life?

RL: (Ryan Lanning) I don't think so, but I suppose it depends on who you ask. For the most part I'm pretty laid back, though of course we all have our moments. Holding down a full-time day job while working in Theatre requires a certain amount of energy, for sure, but as far as Sammy's particular brand of energy... I think that's all him.

BP: How far do you see this production going?

RL: Honestly, I think there is a huge audience out there for this show. People of all varieties have remarked about how they were able to relate to the content. Gay, straight, men, women, mothers and fathers even. There is a powerful message about relationships and honesty in the production and I'd love to see it continue to play here in Chicago. I think it could even do well off-Broadway, but of course there are challenges that any show must face when considering an open run anywhere, so who knows what will ultimately happen. If there's ever a movie deal you can bet I'll be auditioning.

BP: Was there another character in the production that you would have liked to play?

RL: Not really. I think someday it would be interesting to play one of the married couple (Leo and Jack), but Sammy was always the one role I felt I was absolutely right for.

RL: I have some auditions coming up for later in the fall, but the very next thing I'm doing is acting as a Swing in The Goodman Theatre's production of Candide here in Chicago. Many people don't know what a Swing is, but basically it means I cover several of the ensemble roles in case any one of them is out of the show for whatever reason. It's my first time working with The Goodman and I'm very excited. Mary Zimmerman is directing and getting to work with her will be awesome.