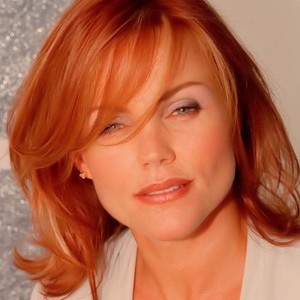 Belinda Carlisle’s debut on the world’s stage was in 1981, when she and her band mates The Go-Go’s made music history as the first all female band to write and play their own songs and take the album Beauty and the Beat to the top of the Album charts for six weeks. For the next four years, the band released 3 albums, toured the world and received numerous accolades. They spent some time apart, and during that time, Belinda made her mark as a solo artist, releasing beautifully polished pop gems, including “Mad About You,” “Heaven is a Place on Earth,” "Circle in the Sand", and “Leave a Light On.” Even after The Go-Go’s resumed their working relationship, Belinda continued to pursue her solo career, releasing albums through the 90’s.

Also during the decade, she also had a baby, moved out of the United States, eventually settling in the South of France, which to this day she calls home.

The first decade of the new millennium was just as busy for Belinda as she continued to record music and tour, both as a solo artist and with The Go-Go’s. She has traveled for leisure and found a place in her heart for India, where she has been doing research for a new business venture, as well as taking on charity work for an animal sanctuary. She has appeared on a number or reality television shows, most recently, “Dancing With the Stars.” From there she found her way to London’s West End, taking on the role of Velma Von Tussle in a production of “Hairspray.” If that isn’t enough, she decided it was time to pen her memoirs, titled “Lips Unsealed: A Memoir." (Random House). Belinda has graciously agreed to take some time from her busy schedule to speak with ChicagoPride.com.

AM: (Anthony Meade) France has been your home for quite some time. What have you most liked living there?

BC: (Belinda Carlisle) It's like living in California but in Europe. I love living in Europe and the whole attitude toward life here. I love the idea of flying an hour and being in a totally different culture. It's very laid back where I live and I'm living between France, India and Morocco now. I'm up for adventure and with my so leaving home in July i think ill be spending more time in India, at least six months a year. I spent the last 33 years in America so I figure I'll spend the next 40 over on this side of the planet.

AM: Have you become a French food and wine connoisseur?

BC: I don't like French food and I don't drink wine anymore. The produce here is great and it actually tastes like fruits and vegetables are supposed to.

AM: Over the last few years, you've had a fascination with India, how did that come about come about?

BC: Well it started with my first crush when i was eight with the Elephant Boy...(laughs). I always had a weird fascination with Varanasi which is one of the holiest cities in India. I would see pictures of Varanasi when I was a young girl so it's been a lifetime of fascination. I went about fifteen years ago and hated it but went back and was completely drawn in. I love it because its life with all of it's hideousness and beauty and it's slapping you in the face every minute of the day and I love that. I find it stimulating and life is really lived there and I love it!

AM: A one-page preview of your new website Carlisle-Mason.com is rather curious with it’s sitar-driven version of “Heaven is a Place on Earth,” and the text alludes to an online boutique. What can fans and customers look forward to seeing and hopefully purchasing?

BC: Pretty much all of the things are my designs. I have two partners helping me with this. There will be a feel of India, middle east and north Africa. The headquarters are in India right now and eventually other countries. It's been a blast working on it, have been for about a year now. I've been learning a lot about gems and fabrics and how to build websites.

AM: As a woman whose fashion sense is classic but with an edge, you are most photographed wearing black. When you do wear colors though, they make a stunning impact. Tell us a little about your fashion sense and what designer you love to wear the most?

BC: Well a girl can never have to much Pash Medos clothes. A lot of the stuff i have is very beautiful with all of the embroidery and colors, that's my favorite thing, I wear it all the time. I also love the Kurtas which are the pants they wear over there, they don't drag when you have to go to the bathroom.

AM: In recent years, it seems as though you’ve challenged yourself; you released your first CD sung entirely in French, you appeared on one of the biggest reality TV shows and danced live in front of 20 million people, and you took to the London stage as Vemla Von Tussle in “Hairspray.” If I may touch upon each of those accomplishments.

AM: Velma in Hairspray?

BC: I loved doing that. It was a blast. It was the hardest work I think I've ever done in my whole life. I don't think I'll ever do it again because it was so physically difficult. My body is just starting to heal itself now, I mean I was dancing in wigs and dresses that weighed twenty five pounds. It was not a easy job to do. It was really fun though, I have to say.

AM: “Dancing With The Stars” put you out there on live TV. How did that feel?

BC: I hated doing that! It was absolutely awful. No more reality TV for me. I was told it would be good for me and I was on my way to India when I got the phone call and I said what?! I loved the rehearsals and my partner but everything else I thought was so hideous. Some of the people were nice but I have never seen such bigger egos on some of those people. I was actually appalled. The egos of the dancers, I was like oh my god. I didn't like being there, felt sick to my stomach the whole time. I was like a deer caught in the headlights every time I went out there, my mouth would go dry, lipstick on my teeth. The whole experience was just horrible. I will say I loved Denise Richards, we became good pals!

AM: A few years ago you preformed at the LA gay Pride festival, you've always had a huge gay & lesbian following. Why do you think that the gay community connected so much with the Go-Go's and you as gay icons?

BC: Gay people have better taste than straight people period. I'm not going to complain. I mean god, it's the best audience you can have and they are the most fun!

AM: Your son, James Duke, who just turned 18, has been very vocal about being openly gay. As a parent, you’ve been vocal about your support for him, and for a myriad of political causes related to gay rights. Not to infer that you’ve ever been opposed, but has James opened your eyes to the issues that the gay and lesbian community is up against?

BC: Not really. Ninety percent of my friends are gay and I was always in tune to what was going on. Maybe not the fine details but I've always been aware of what was going on. James keeps me posted on the things going on in the States. He's very very active and I think it's his calling I believe. I'm very proud of him.

AM: Your memoir “Lips Unsealed” is about to be released, and you really open up and about some real struggles you’ve faced. Why was now the time to do this? I had the opportunity to listen to you read a few excerpts from the book. One I found very interesting is when you got the book Satanic Verses by Anton Lavey. Why would think a 12-year-old would go to a book like that to find the answers?

BC: I was always fascinated by the Manson murders. I would read about them secretly in my bedroom. I guess I have just always loved morbid things and all its darkness and loved the idea of magic and thought I could have a better life though magic. Also, I always thought Anton Lavey was kind of hot on top of it all (laughs). I would always read all the books on mass murders and by the time I was 15 i was an expert about murder.

AM: You stated in the book that you finally opened yourself to life. What did you mean by that?

BC: I always thought life was too short not to get high and now I realize that life is to short to get high. I mean it gets in the way to be able to really absorb whats going on around you. I would call that part of my life hideous, but with saying that every hideous thing has something good about it.

AM: Speaking of chapters, a rather notable chapter in your life is about to close, that being the Go-Go’s "Happily Ever After – The Farewell Tour” kicks off in July. One would guess that there are mixed feelings about this event knowing you all pretty much grew up together and have always had a camaraderie as a "family" for the last 32 years. Can you share your thoughts and feelings about it?

BC: Everyone of us in the band has different opinions about when the band should end or should of ended. For me, the band has been absolute perfection from the beginning. Even after our break up in 1985 and taking breaks in between, its been perfect. I think, I don't know what it is now, but maybe look back in five years from now and understand what lesson was supposed to be learned from all of this. I believe from the bottom of my heart, there is some karmic reason for us five to have been put together, to create music, be a service to people and make them happy. I do believe there is something much stronger and deeper than that going on with these five people. I always wanted to out with a little bit of dignity.

Rock n' Roll and pop music is about youth and I really really don't want to be a pathetic old rocker singing we got the beat at 50. Everyone (in the band) lives is taking shape in different ways and my life is not in the States anymore. My life is in the East now and with my son leaving home, I don't want to spend the rest of my life on a bus looking at another corn field. I want to finally enjoy the fruits of my labor and have a good time now.

AM: Describe each GO-GO in one word.

AM: Can Belinda Carlisle fans look forward to new solo music anytime soon? Last winter you mentioned that some new songs were being recorded.

BC: I'll be going into the studio in the fall. I've had the songs ready just don't know what format to do them in. It might be a full CD, EP or single, but I will be recording in the fall.

AM: Sum up the last 32 years of Belinda Carlisle's life in 32 words or less.

BC: A wild and amazing ride. It's been perfect. I wouldn't have wanted it any other way.

Interview by Anthony Meade for ChicagoPride.com. Special thanks to Jim Ginter.