I put ideas out into the world to give space for people to think about how they feel. 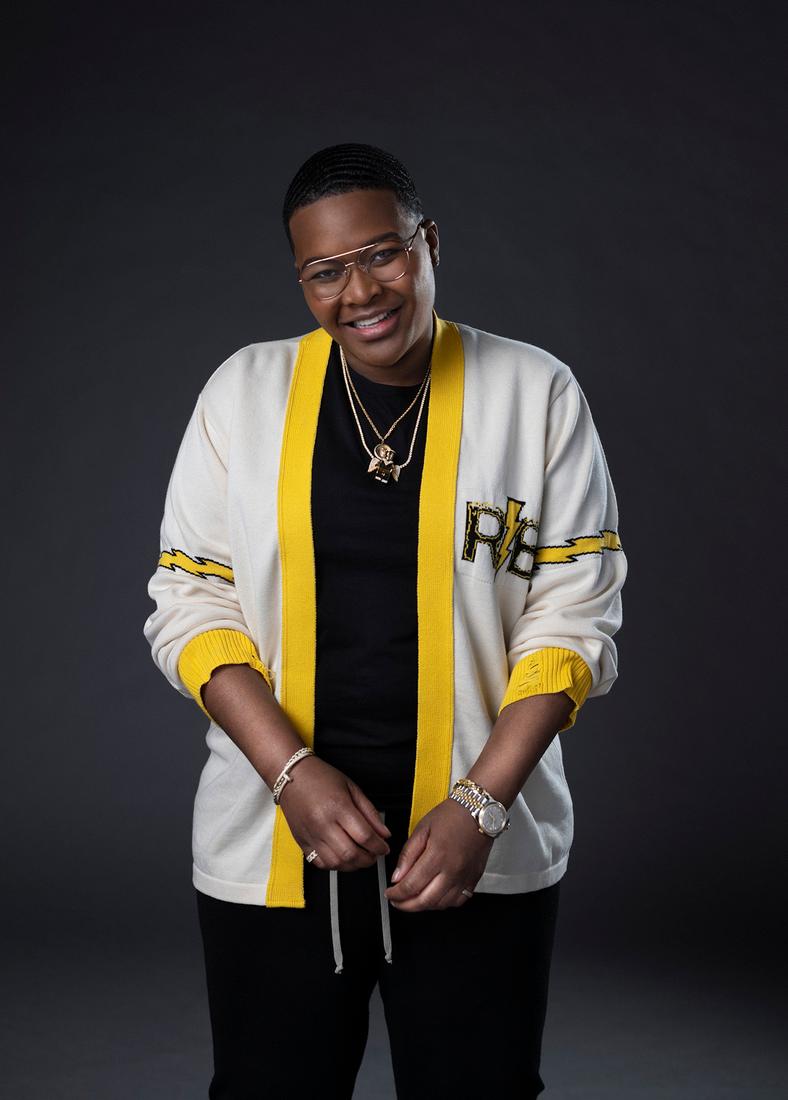 See out comedian Sam Jay at The Den Theatre

Out comedian Sam Jay is performing four stand-up shows in Chicago at The Den Theatre and they are not for the faint of heart. This talented performer tackles tough subjects during her politically incorrect more than an hour-long comedic set. From being forced to be a representative for far too many groups during the month of June to why people should be wary of a white man’s hairline, Jay’s sometimes poignant material doesn’t hold back.

She has obviously had a lot of time to think about her life and good standup comes from people who see the world differently than others. This is true in Jay’s case and she began writing for the iconic television show Saturday Night Live in 2017 while making history for being the first Black lesbian writer for the program.

She later made a comedy special for Netflix called 3 in the Morning, was part of Netflix’s Stand Out: An LGBTQ+ Celebration and has an upcoming feature film set for the streaming platform service called You People.

Other credits include hosting Ricking Morty on Adult Swim, TV Land’s Nobodies and Starz’s Take My Wife. In 2022 she was the announcer for the Emmy Awards.

She co-wrote and starred in HBO’s Bust Down. She talked about this and much more backstage between shows on her first night at The Den Theatre.

SJ: (Sam Jay) I was born in Atlanta, but I am from Boston. I live in New York now and this is only my second time visiting Chicago.

JN: What comedians influenced you growing up?

SJ: I was a Redd Foxx fan. I liked Richard Pryor, George Carlin and Roseanne Barr, too. I liked comedians that told the truth. I looked up to Chris Rock and Dave Chappelle. I liked to hear their perspective, whatever that was.

I was never a one-liner person with my standup and my preferences in other comics. I got why it was good. It just wasn’t my thing. My thing was strong storytelling and truth-telling.

JN: Through your standup act, some of your points really resonated with the audience out there. This show will be part of a comedy special one day?

SJ: Yes. I am just trying to figure out what works and what doesn’t.

JN: Maybe edit some of it down?

SJ: It is about finding the pacing of it and the segues of the stories.

SJ: It still needs to be worked into the rest of the piece better.

JN: I’m glad I saw your show before the interview because your style in person is different from some of the videos I had seen online.

SJ: It is a vibe and very different than me only have a 10-minute set. I have over an hour now to find the narrative and expound on ideas. The real difference is the space you get.

JN: Steve Harvey told me one time that he no longer wants to do standup comedy because it is so politically correct. Mo’Nique told me right after that in a separate interview that Harvey should be ashamed of himself and not be scared to go for it. You were brave to go there with some hot topics…

SJ: I talk about things that we are all thinking about. The biggest thing is people need to figure out how they feel about a certain topic. We can all work from our own feelings and experiences. I put ideas out into the world to give space for people to think about how they feel. That is fun for me!

JN: Has there been a time when you felt you went too far with a subject?

SJ: No. That is not the point of what I am doing onstage.

JN: What are your thoughts on the new Saturday Night Live cast changes?

SJ: That is supposed to happen. That show has been around forever and people come and go in the cast. It is time for a change.

JN: One member of the cast told me that the SNL cast and writers all compete with each other for a longer skit.

SJ: I found it to be way more supportive than that. Listen, we were all at work and people fight to have their material on there, but if you respect the fact that is the goal for everybody then you can work together with the other people involved.

JN: Talking about collaborators, I liked your opener Calvin Evans this evening. Where did you meet him?

SJ: I have known him for a long time. We met at Just For Laughs. We were both in New Faces at the same time.

JN: Does your fiancee prefer to be left out of the act?

SJ: No. I have a whole chunk about her, but I was trying to go in a different direction with this material. This process is all trial and error.

JN: I live behind a White Castle and I never knew they had vegan burgers until you talked about her eating them there in a past routine.

SJ: You saw that bit? I forgot about that! I recorded that for the Donna’s Daughters album.

JN: Things like that can hit home with people.

SJ: I am taking my time with the current set. I am learning to be cool when it is not a laugh fest right now. That is okay and part of the process. I have to be patient with it.

JN: There were some pauses in the act I noticed.

SJ: The hard part is when it is mostly quiet. [laughs]

JN; Do you like hecklers or people talking during the show?

SJ: It just depends. If it is good energy then yes. Tonight was awesome.

JN: You had a bit about Lizzo. I wanted to tell you that I have been around her in the past and can be difficult, so don’t feel bad about using her for jokes.

SJ: I don’t have the heart in that joke yet. When I said, “You are going to hate me for saying this, so maybe I won’t tell it” I was meaning that I am not done with this joke yet. People forget that about comedy because it is all trial and error.

Sometimes my first energy is anger, frustration or annoyance. It takes me a while to process something or find its humanity in my art. I have to see all sides of it. The only way I can get there is if I keep talking. Sometimes during the infancy of the joke people will take it that I feel that way about something, but really I am still processing things around me.

JN: When you tell people that they might hate what is coming next I think it gives them permission to relax.

SJ: Exactly. Everyone has thoughts and sometimes they are negative and bad. We sit in it or keep analyzing things. We interact with that group and find another story there. The other part of the story is just processing it.

JN: There are several important points in your current set that many people can identify with.

SJ: I hope so and we are all just trying to find our way.

JN: Do you have a favorite thing about touring?

JN: Have you done anything fun while in Chicago?

SJ: I went to see Kevin Hart and that was nice. Last time I saw him in New York I was on the side. This time I was in front and I got to watch everyone else and feel their energy this time.

JN: What is going on with the show Pause?

SJ: We will see. Pause is not coming back, which is fine. The energy didn’t feel right for me so I will just write something else.

SJ: I have a movie coming out called You People with Jonah Hill and Eddie Murphy for Netflix.

JN: What was it like being around Eddie Murphy?

JN: Well, thanks for being an open and out performer. Sometimes representing so many groups can be a lot like you said tonight, but it’s important!

There are only two shows left on September 24 at 7:30 p.m. and 9:45 p.m. at The Heath Mainstage.  For tickets visit TheDenTheatre.com and for upcoming projects head over to SamJayComic.com.