I am someone who suffered a lot of years with not loving myself. 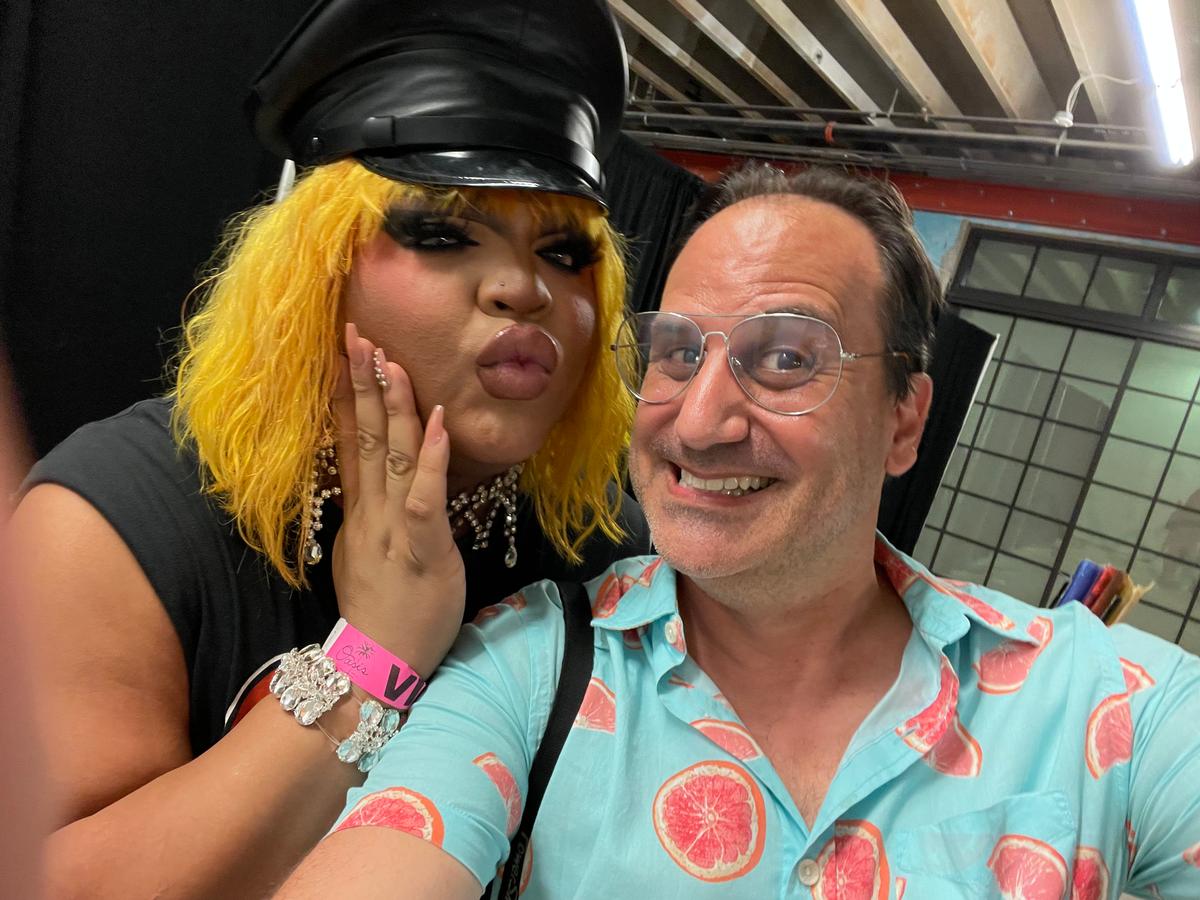 Kandy Muse is a drag entertainer from New York who made it all the way to runner up on season 13 of RuPaul’s Drag Race. Muse is the stage name for Kevin Candelario, who joined the House of Aja before landing on the iconic competition television show by RuPaul.

The name Kandy is a play off of Andy Warhol’s transgender friend Candy Darling.

JN: (Jerry Nunn) How is life going for you right now?

KM: (Kandy Muse) Life post Drag Race has been incredible. It has been tiring, though. I only get to sleep on airplanes. This is the life that I asked for. It feels correct.

I have been doing some TV shows, traveling a lot and touring. I meet a lot of fans. I never knew the impact that my season would have. People stay so close to it, because it was the COVID season. They watched it when they were cooped up in their house.

JN: Your season was a longer run wasn’t it?

KM: A four month season. Woah, baby, I’m pretty sure it was the longest season in Drag Race history!

JN: I just spoke to your cast mate Gottmik in Chicago. Who are you still close to from your season of RuPaul’s Drag Race?

KM: I talk to some of the girls from the show. Gottmik is still my best friend. I was just with Symone in LA. I was covering for Rose in the Drive ’N Drag Tour. The top four are all still really close.

I talk to Olivia Lux, Tina Burner and Denali all the time. We were a close cast, because of the environment we were put into during our season. We had no choice but to be close. We were cooped up and quarantined together!

JN: What is one thing that you took away from the show?

KM: One thing I took away was having more patience with myself and other people. I definitely don’t feel I am the same person I was going in to Drag Race. I was 25 years old when I filmed the show. I turn 27 real soon. There has been a lot of growth within me.

I don’t watch the entire season back now, but when I see clips of the season I cringe a little because I see a stubborn little girl! I have definitely grown…

JN: Did you surprise yourself on how well you did on RuPaul’s Drag Race?

KM: I want to say I was a little surprised I made it to the top four, excuse me, the final two, but I am really not. When I started, I didn’t factor in having star quality. I’m humbled about it, but not dumb about it. I knew what I was able to bring to the table. This is what I do for a living.

I love the entertainment business and being onstage. When I made it that far on the show, it felt correct! Yes, there were some stumbles along the way, but it was part of my journey.

It is not a Kandy Musse story without there being a million and one challenges. I had a double shantay, you stay. I had the iconic Tamisha Iman fight.

There were so many iconic moments on the show that Kandy Muse was the centerpiece of that it just feels correct!

JN: Where are you stationed at now?

KM: Right now, I am still on the East Coast. I live in Jersey City now. I moved out of New York for a bigger apartment. Still the same price, but a bigger space. In New York I had a closet sized apartment.

I am waiting to make the big jump to the West Coast, but my heart is in the East Coast. I love it there so much.

JN: What does Pride mean to you?

KM: I am someone who suffered a lot of years with not loving myself. I doubted myself for many years and didn’t love myself as a person.

Now, I am someone who is overly confident, some people call it arrogant. Pride is about being yourself. It is a time to surround yourself with people that appreciate you, know you, love you and accept you. It is about having your chosen family and I have that family back at home. They are my ride or die friends. I miss and adore them. When you go to a Pride event or a Pride parade, you see all the different walks of life and the colors that make up our new and improved Pride flag, including Black and trans. You see everyone come together, be themselves and be free. Granted, for me Pride is all year round, but this is one month that we can celebrate together.

JN: Did you have to come out as a drag queen.

KM: Growing up in a Mormon family, I came out twice, once as a gay man and the other as a drag queen. Fortunately, I am very lucky and blessed. I have a very supportive family, who love and adore what I do. Not a lot of people in our community have that and I sympathize with them. I can’t even imagine not to have a supportive family by my side.

Just because your blood family is not supportive, then find a chosen family that supports you. We are in 2021. We are progressing now with families accepting us for who we are.

JN: This new generation can create a change and I am ready for it.

KM: It feels like this new generation is more open minded with the world and how things are changing. It is a different world than it was 10 years ago. It feels like we are moving forward with the right state of mind.

JN: The drag queens on RuPaul’s Drag Race are sometimes spending a large amount of money on costumes and looks. Did you spend a lot during the show?

KM: Though it may not look like it, I spent a pretty penny on Drag Race. I think it is such a big show that it matters how much you put into your craft to look good for the show. It is more than a drag competition now. It really is the Super Bowl of drag.

It is the big league and if you want to play with the best queens than you have to come hard. People know this even outside of Drag Race, drag is expensive as it is, so picture that times 10!

It is all worth it when you get off the show to see all the illustrations and the fan art of the looks that you have worked so hard for.

JN: Is social media overwhelming for you?

KM: Yes, it can be. I was the one girl from my season where I got a mixed review from the audience. Now after the season, people are starting to understand who I am as a character and as a person with Kandy Muse.

I love being on social media and talking to my fans. I do have to disconnect sometimes for my mental health and to be sane.

JN: When are you coming to visit Chicago?

KM: Everyone knows that Chicago is one of my favorite cities. Some people may not know, before Drag Race I was a bearded queen. I was a Lucy Stoole!

The first time I shaved my face and went out in drag was in Chicago. I went to Queen that night at Smart Bar. It was way before any of us were on Drag Race. This was a long time ago, even before Shea Coulee and The Vixen were on Drag Race!

I just wanted to travel America and be seen by people back then. I wanted to be recognized for my art at that time and now here we are!

JN: You have really paid your dues. People sometimes just see the Drag Race show and judge a certain challenged. What they don’t know is the hard work we put in years prior to getting on Drag Race. I worked very hard. People that know me remember when I worked six nights a week. I was Brooklyn’s Drag Queen in 2018 and was a staple in my community.

Prior to Drag Race, I was the first girls to go on Cosmopolitan’s drag series. I opened up the door for girls that were non television for that. I was one of the only girls that traveled across America and everywhere else, prior to getting on TV.

I worked hard to get to where I am now. I feel very blessed and lucky. I wouldn’t change things for the world!

JN: What advice would you give other drag queens?

KM: It sounds so cliche, but if I can do it they can do it too. You have to stick to your goals. I heard a million “no’s,” before I heard my first “yes.” I auditioned for RuPaul’s Drag Race four times before I got on the show.

JN: That is good advice for everyone.

KM: Yes, not just in drag, but life in general!