It teaches that Black women are not a monolith, and that Black experiences are not all the same 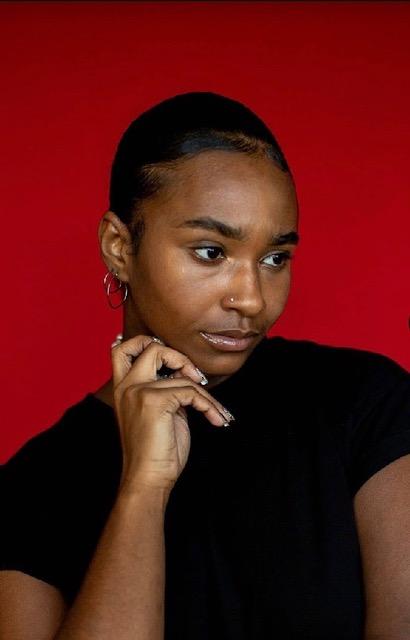 The world's largest youth poetry festival, Louder than a Bomb, celebrates its 21st year virtually from March 13 through April 24, 2021. The event follows our country’s renewed appreciation and thirst for the power of poetry and spoken word performance; after Amanda Gorman captured the nation's attention with "The Hill We Climb" at the Joe Biden's and Kamala Harris presidential inauguration earlier this year.

E’mon Lauren Black, who is participating this year, is a Louder Than a Bomb poetry festival champion and an openly queer poet who holds the title of Chicago’s first Youth Laureate Poet.

In this interview, Black shares her love of everything from musicals and poetry to mom and Chicago - as well as the landscape of poetry and the the light it can shed on our city.

Black has been featured in Chicago Magazine, The Chicago Tribune, and Vogue Magazine. Her work has appeared in the BreakBeat Poets Anthology series, Volumes 1 & 2,  Poetry Foundation Magazine, and elsewhere. She is a member of Young Chicago Authors Teaching Artist Corps and host of her new podcast, “The Real Hoodwives of Chicago”. Her first chapbook of poems, COMMANDO, was published in 2017.

MI: (Matt Inawat, ChicagoPride.com) Hi E'mon! Let's start this off by talking about the amazing experience of being known as Chicago's first Young Poet Laureate!

ELB: (E'mon Lauren Black) You know what, it's a very honoring experience and it validates me so much because it stabilizes strong foundation for my hustle. It was a triumphant moment for me to understand that I have my words create legacy and lineage as poetry is supposed to represent and what, especially what Black poetry stands for. So it's an honor to be a "pink"print for so many people behind me. And I feel like a matriarch in some sense, like Chicago's First Lady. I feel well taken care of by my title.

MI: Let's expand on that just a little bit more. How important is poetry top you, especially in light of today's happenings, from the pandemic to the political changes.

ELB: Yes. You know what, I really appreciate that approach, because I feel like that is something that poetry has honed value in, in the idea of storytelling. And especially from Chicago, an area that has ongoing redlining and segregation, it's the easiest way to build empathy. You know what I'm saying? To actually listen intently and also understand where people come from, but it's like we still have access to people and to their homes now.

MI: Let's talk about you a little bit. How'd you get started, what age did you get inspired by doing poetry, and then, was there any person or persons who influenced you?

ELB: Yes, so my mother is a beautiful woman. Both of my parents are artistically inclined. My mother, a graffiti artist, an on paper graffiti artist, and my father was a musician. But in his passing, my mom kept me ingrained in art, and I was heavily influenced by "A Different World." That used to wake me up at six o'clock every morning, Aretha Franklin singing theme song of "A Different World." And that was my first time seeing Jasmine Guy being a ballerina, or Kim Reese performing a Nikki Giovanni poem. And this was all a first to me. So for me, because that was first nature of what I would wake up to, it didn't seem out of the norm to me that that was something I can do. On the flip side, when you get to school education systems, from a young age, we were taught that artistic things would need a backup plan or a secondary choice for lucrative stability.

My mom never raised me like that. She just raised me to be a dreamer. And so I just think that the material that she kept me in, like "A Different World," like "Spike Lee Joints," and like musical and musical theater, I think that's what really kept... I knew that this was something that I love to do. I love to dance and I love to sing, and I just love to see people of color moving and speaking.

And I've always written poems in school. So everything synced up in perfect time. And that's when I got put onto YCA at about 14. So I'm in my decade of YCA community.

MI: I love that! Ok, I have a few follow-up questions, but first, you mentioned musicals. I have to ask - what are your top three favorite musicals?

ELB: I love you so much! Oh my gosh. All right. I love Rent! I love Rent so much, but the first musical I saw was Wicked. So I think Wicked plays a valuable part. And I am going to put The Wiz out there. But yeah, probably The Wiz, Wicked, and Rent!

Oh my God. I love Rent so much. When I was in high school, my dream was to go to New York, and to bum it out, and just look for gigs, and I wanted to do theater so, so bad. I just live for the stage, for the character. When I was in high school, I was in drama class. We did Little Shop of Horrors. I think that's when they did The Wiz. But my mom, she really kept me cultured. Even looking at Oklahoma is probably also one of my favorite musicals. The King and I. I just love culture, and she just kept me so well-versed. But those are some of my favorite musicals.

MI: I'm just grinning ear to ear listening you talk about that with so much passion! Ok, I'm going to get back on track with the interview now. So let's go along with that theme - what topics are you most passionate about when writing?

ELB: Well, there's a coined philosophy of mine that's called hood womanism. And that's where I feel like my poetry really reflects the cornerstone of my intersectionality, me being a Black, queer woman from the hood. I feel like that's a lot of intersections. And I think in direct correlation to what womanism is, highlighted by Angela Davis, that was something I actually learned from A Different World, too. And knowing that feminism... I believe that you can't really consider yourself a feminist if you have no intersection to your life, and that's my personal belief.

Also considering that the feminist movement did not highlight black women, women of color, or queer, trans, non-binary, so knowing that womanism speaks to a black femme plight, I think that hood womanism speaks to a specific black femme plight, because there is different struggles and different privileges that we do not have when it comes to our safety, when it comes to our bodies, used as commodity source, or even our outputs or our takes on what sex work means to us.

MI: Those are issues you tackle in your own podcast, "The Real Hoodwives of Chicago." And I just recently learned that it's coming back this year for a third season? 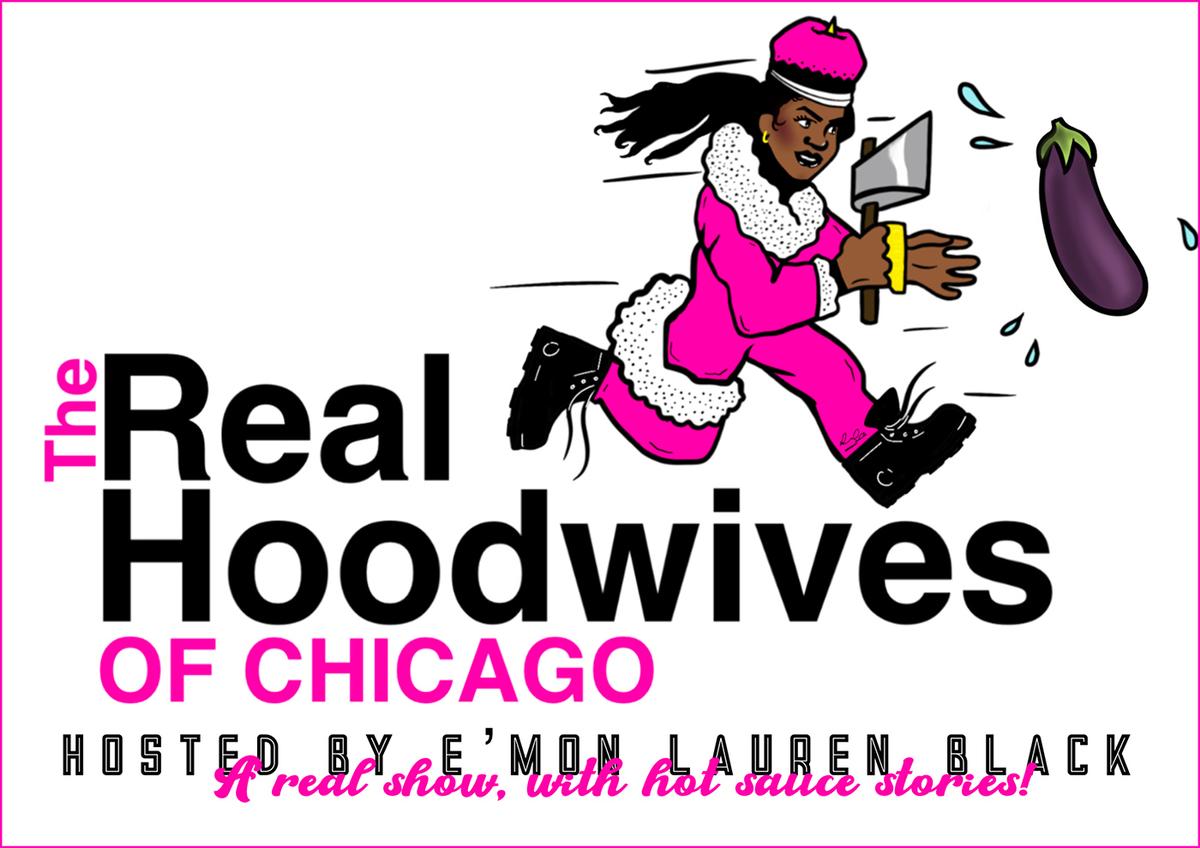 ELB: Yes, thank you so much. So my podcast is "The Real Hoodwives of Chicago." We are coming back for season three and we've had two long running years of no camera, so we're coming back on camera this year via Twitch and live stream. And my podcast was created to honor and to celebrate stories of specifically Black women and Black femme folks and artists of color from Chicago, where we have a safe, real, unedited, unmatched archive, if you will, for us to talk love, sex, romance, and all forms of ratchetry. And it was very important to me because I'm a Scorpio, I'm a Scorpio enthusiast. So I love some sex, right? But I also love intimacy, and I love romance and compassion. And it's daunting that when we get a glimpse of Black love on medias.

We have so many iconic movies that celebrate and honor that, but when it comes to an actual entertainment, educational source, I don't see that. And even thinking about how a lot of our access to seeing Black relationships is all fed, scripted, edited, given second hand, whitewashed, created by white people. And I had to change that. There should be some place for people to see Black women be liberated and just it be that, period. And also not have something that is overproduced or packaged, shall I say? So I created The Real Hoodwives of Chicago, and it's a podcast, and I just talk to the community, and the people.

MI: I notice you lit up when you talked about Chicago. What's your relationship with this beloved city like? 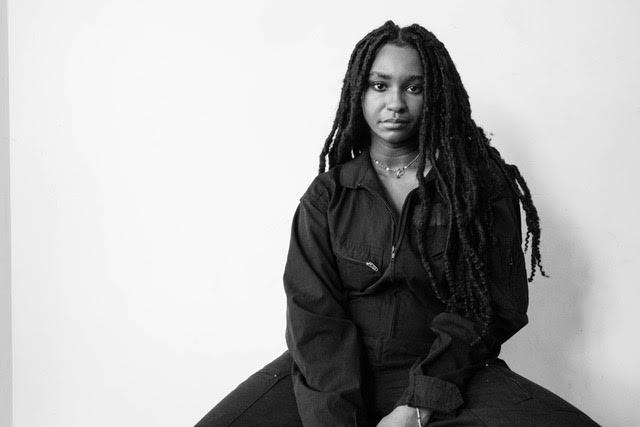 ELB: I was born and raised. I call myself a Chicago hybrid. I'm from the South and the West side of Chicago.

I feel like what I love most about the city, in honesty, is that the city has had me - as much as I have had it. I went through a lot of times and trials and hardships in Chicago. And I think that Chicago, even though it's a big city, is pretty small. So it doesn't take much to build community here, to be honest.

I think that is what I appreciate, that we are so culturally mixed in. So much so that we're very specific to our West side culture, to our South side culture, to our over East culture, but it makes a bigger culture. And also, Chicago is the heartbeat of the country, considering that has so much inspiration, and so much creativity, and so much love and light comes out of Chicago, and branches towards everybody, that is an amazing thing. And not to mention Chicago was created by a Black Native American man, like, hello. I think that's what what I love most.

MI: Any other projects or things that you're currently working on that you wanted to talk about?

ELM: I'm working my podcast that will be coming out this Thursday. I'll be streaming it at seven o'clock on my Twitch, emonlauren, but it'll also be on Chicago for Real's Twitch, which is a hub I'm collaborating with. And I still have my book, Commando. I always have more homes in the works, and yes, I'm continuing to be an artist and educator and a womanist.

MI: E'mon, it was amazing talking to you this afternoon and all the amazing things that you're doing, not only for the city, for our communities who are really thirsty for this right now during a time where we're all locked in and have few emotional outlets. Thank you for that!

LOUDER THAN A BOMB is an annual event hosting over 500 youth poets for 5 weeks of Olympic-style poetry bouts, workshops, and special events. Students rep schools and community groups all throughout the Chicago area. They perform original solo and group poems in a tournament-style competition. Louder Than A Bomb is currently hosted in over 13 other cities across the U.S. by partner organizations. LTAB is celebrating the festival’s 21st year virtually March - April 2021.

Registration for LTAB 2021 opens Friday, Feb. 5 and closes March 1. There is no registration fee this year. Further details and preliminary schedule are available on YCA’s website youngchicagoauthors.org.

This year’s dual theme is Rooted & Radical, encouraging the rising generation to look back, in order to move forward, with a clear picture of the future that they collectively plan to create. Young Chicago Authors, the largest, most vibrant youth literary community in Chicago, invites students to serve as judges for the first time this year. All poetry in the festival will be showcased through pre-recorded videos submitted by the poets. The performances will stream the semi-finals April 9-10, and team finals April 24 at 6PM CT at YouTube Live and Young Chicago Author’s website for free public viewing.