Bisexual singer dodie opens up about coming out

I thought maybe I was just straight and had crushes on girls. 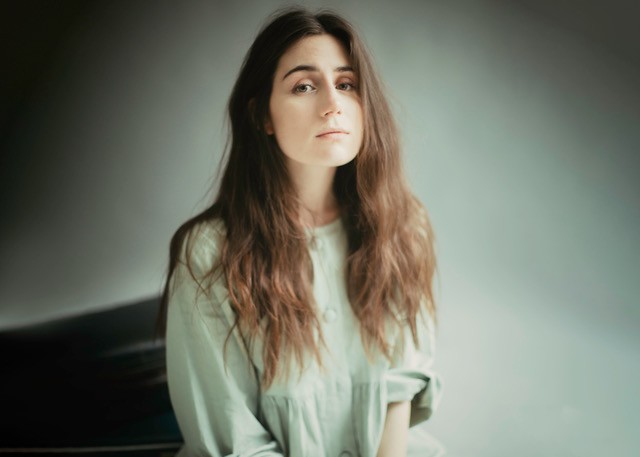 Singer dodie shows her Human side

Dorothy Clark, also known as dodie, is an English singer from Epping, Essex. In 2016, she released her first video on Vevo and now she has over 160 videos with over 250 million views on her main channel. That same year, she came out as bisexual.

She has released three indie EPs that have all reached the top 40 on the UK Albums Chart. She added author to her resume with Secrets for the Mad: Obsessions, Confessions and Life Lessons.

This year, dodie announced a first full length album is in the works and talked about her massive following while in Chicago at the Riviera Theatre.

DC: (Dorothy Clark) My parents called me dodie. My full name is Dorothy, but I have always been called dodie. It’s a weird enough name to be on its own.

DC: Yes. I like writing it like that. It looks neater to me to have the two d’s. Maybe it’s silly and doesn’t matter.

JN: All of Ariana Grande’s song titles on the current album are lower case. You grew up in England?

DC: Yes. I grew up around London and moved to Essex.

DC: It wasn’t my plan. I was told it wasn’t a realistic dream. Growing up in Essex, no one really pushes for that. They want people to have a proper job. I loved music growing up. I took clarinet as a subject in school, but I didn’t know it could be my career.

I accidentally fell into it when I put my music on YouTube. I attracted an audience and here I am!

JN: You knew other people on YouTube didn’t you?

DC: I was a fan of YouTubers that made music. I also liked comedy videos and vloggers talking about their lives. I loved the platform. I wanted to be in it.

JN: Did you just start posting things and became popular?

DC: I posted a lot of bad stuff for a long time. You  have to make mistakes and learn from them. I had a small audience at first. I remember when it got to 600 people and I was so excited. People just stuck around while I learned.

DC: Yes and it’s really cool to go on tour. That’s what I really care about.

JN: What do you recommend? Should people just start making videos and learn as they go?

YouTube is a great platform for that because you can upload and practice. It’s really fun to sing cover songs or write your own music and put it online. It will help you produce and use technology.

JN: Did you come out of the closet in a video?

DC: I didn’t have a big coming out. I wrote a song when I was about 17 called “She” that was about liking a girl. In that video I didn’t have a label. I thought maybe I was just straight and had crushes on girls. Over the years, I liked the label bisexual. It just fit better and was easier to explain. I made a few other music videos about it.

I did another song about coming out as bi. I wanted a quirky version of it. I think people took that as me coming out, but I was already out. I just thought it would be fun to do it. I will just keep coming out [laughs]!

DC: That was really fun. I had neck pain for a week with all of the falling down. We wanted a slow motion of my falling back, but we didn’t know how to do it, so we got a platform and a crash mat.

The crash mat was about as soft as a sofa. It wasn’t very soft. I fell from about a height of a little taller than me. I kept falling back and wanted to get the perfect shot.

With all of the takes we wanted to convey different emotions with singing different lines. I asked my director if I needed to cry and he said yes. I told him that I had practiced my whole life to be in a music video.

JN: What music videos did you admire growing up?

DC: Nothing specific, but I was a very dramatic child. I loved pretending I was in musicals. I liked musicals like Chicago and Cabaret. I would always pretend I was talking to the camera and walking around dancing.

JN: Talk about your record Human.

DC: It’s an EP, so my first album hasn’t come out yet. It’s a good collection of songs. I am still practicing my sound and what I want it to be.

JN: How was writing a book?

DC: I forgot about it! It was wild and a strange thing to do. If I really think about it, I will freak out about how vulnerable I got. I really think of it as the end to those chapters of my life. I wrote everything I knew up until then. I am glad I did it for me. It’s a good thing to look back upon.

I felt like I learned a lot and solidified it. I hope people don’t take it as who I am right now. I have changed a lot since then. Life is long and things happen!

DC: No. I think from now on I will stick to music. I think I will be more vague instead of going to in depth. I was very vulnerable with it.

JN: Even with social media, if it’s not posted in the moment then it’s old news.

DC: Yes. I have been feeling a bit weird recently about how much of my old self is online. People will watch it and think that’s me now. I’m 24 now and things have changed so much.

JN: We are still learning what social media will do to us years from now, aren’t we?

DC: i feel like the whole world is seeing a shift online because it’s getting so dark. People are shouting at each other. People are sometimes going in and sometimes distancing themselves.

JN: I have posted videos and people are sometimes mean with the comments.

DC: People don’t know how to comment sometimes. I used to do it. I wanted to get attention so I would comment all the time. It didn’t get into my head that they were a real person. You can say you know them, but you don’t deep down know them.

Whatever you post online there will be backlash. It could be a two-second video doing a cartwheel and someone will tell you to straighten your leg out. I can’t win!

I did a cover of a Beatles’ song and thought it was utterly harmless. I couldn’t believe how many people told me it was rubbish. It’s horrible to have every day. Sometimes I just want to throw it all away.

DC: Exactly. Everyone is going through it.

JN: It’s so important for us all to connect. How does that work in your live show?

DC: It does work because the songs have a relatable, human feeling to them. People will ask me if I stepped into their life to write about it. It’s just a human story of growing up and learning lessons. My songs are about pain, making mistakes, forgiveness and acceptance. Those are common themes so there is that connection.

It’s the best part of touring. I have been traveling a lot and my body can’t deal with so many places and things happening. When I perform, it truly just grounds me. It is such a rooted thing for me.

JN: Do you want to write a musical?

DC: Absolutely, a hundred percent! No promises, but I think after I put out my first full length album I will be ready to move on and take on Broadway!

JN: Have you toured to New York?

DC: I just did. We stayed around and went to Times Square. I like it now that I have seen more of New York. Last time I went was just in the city and it was a bit cramped. It was like London, but on crack!

JN: You didn’t see any shows?

DC: Not that time, but in 2017, I saw Dear Evan Hansen with Ben Platt. He has an amazing voice.

DC: Therapy! I am writing and trying to finish an album of some kind. Other than that I am resting!