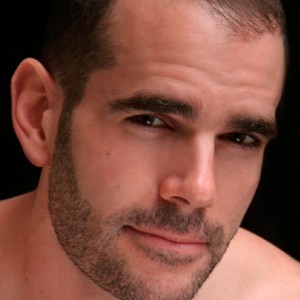 Comedian Jerry Seinfeld once said, “The whole object of comedy is to be yourself and the closer you get to that, the funnier you will be.” If this is true, no one can get closer to comedy than comedian and writer Eddie Sarfaty. This man knows funny and he knows it well. After years of performing stand-up at countless comedy festivals, on national television, cruise ships and regular gigs in P-Town and the New York City comedy club circuit—not to mention teaching comedy writing courses at the Theatre Lab in D.C. and NYU—Sarfaty has recently released is first book Mental: Funny in the Head (Kensington). This hilarious collection of stories offers an insight into his world filled with terrifying cats, delinquent ex-boyfriends, tragic bar queens, and unstable yet loveable parents. With Mental, Sarfaty proves that comedy isn’t necessarily cruel. It simply comes from the absurdity of living in a cruel world. And it reminds me how grateful I am that comedians like him live among us.

Sarfaty took time during his book’s promotional tour to speak candidly with ChicagoPride.com.

PJ: Most artists agree that there’s comedy in tragedy. In the book you included your father’s degenerating (and very unfunny) Pick’s Disease. Were you ever conflicted over including it as a part of a larger story?

ES: I never felt conflicted about including my dad’s illness in the book. I guess I don’t really see it as “part of a larger story”. It is the story – at least in the piece about our family trip to London and Paris.

And in terms of comedy, the heartbreaking reality my mom and I were dealing with made the moments of absurdity golden.

I’ve been told that comedy = tragedy + time, and I think that’s true. Keeping up a positive front while herding my senile dad and overwrought mom through a succession of tourist traps definitely belongs in the “sure, it’s funny now” category. But, I have to say that I believe it’s also true that comedy equals intimacy, especially in a family. Those ridiculous moments when you can laugh at life’s cruel jokes solidify your connection to the people you love in a profound way. In the piece about my father, I wanted to show what a gift a sense of humor has been to me and my family.

PJ: People expect comedians to be funny 24/7. How do you express to others that you’re genuinely serious about something or emoting dry humor?

ES: If you ask most people they’d probably say that the punch line is the most important part of the joke.

If you can’t connect to people on an emotional level, if you don’t have a reason for proposing a premise, if you can’t put something out there that they can relate to—fear, anger, lust, annoyance, whatever—then your punch lines are clever at best, but not necessarily funny.

And I don’t care how skillful you are with words or how adept you are at mental gymnastics, if you can’t connect to people so that

they trust that your emotions are as legitimate as theirs are, you’ll never be a good comedian.

That being said, if you have that kind of “emotional intelligence” then you know when it’s appropriate to joke—and when it’s not.

Good humor requires sensitivity to others and the ability to communicate that sensitivity effectively. I’m certainly not perfect, but it’s pretty rare that I can’t make my intent easily understood. Also, I can’t stand people who are always “on” – they make me mental!

PJ: How has the stand-up business changed over the years toward openly gay stand-ups?

ES: Well certainly things have changed a great deal. Not too long ago, going to a comedy club was the last thing that most gay people ever thought of doing on a Saturday night.

The gay comedy circuit sprang up because we got tired of being the butt of the jokes.

Who wants to shell out their hard-earned money for a cover and two overpriced drinks just to sit in dread of the next homophobic insult?

Thankfully it’s different now – although not everywhere and not consistently.

There’s still a decent amount of discomfort – especially when it comes to an audience hearing about the things men do to each other between the sheets. (Lesbian activity, the stuff of straight male fantasy, is far less threatening.) Though America’s welcomed Ellen, Will & Grace, Rosie, the Queer Eye guys, and a bunch of others into its living rooms, and has made it less acceptable for straight comedians to gay bash, it still prefers that it’s gay guys be sassy, or cynical, or flamboyant rather than having them riff on their sexcapades the way many straight comedians do.

Of course, we have made progress. It’s now possible in many places for club owners to include gay comedians as part of a “regular” line-up without worrying about their customers’ reactions. Whether an owner chooses to do so is another story. I’ve found that a lot of owners and producers still think of us as “other” and reach out to our community by scheduling gay shows rather than by hiring gay comedians to be regulars on their rosters.

So even though there’s more work for us out there, we’re still pigeonholed to a degree. Likewise, specialized LGBT channels—Logo and Here—have certainly increased our visibility (and chances for work), but basically only to the LGBT audience. Granted there are times when gay folks want to go to a gay-themed comedy night where we can laugh without worrying if the guy sitting next to us is going to be offended.

And to be fair, other minorities find themselves in similar situations. At most comedy clubs you’ll find nights devoted to African Americans, Hispanics, Women, etc. We’re just another market. The unfortunate part of this current system of segregation is that comedy’s being targeted to our differences, when its real power lies in the intimacy generated by strangers sharing a laugh.

PJ: Who is the funniest person you know?

ES: Danny McWilliams, one of the three guys I work with as part of Funny Gay Males. He speaks, without censoring himself, and in a way that’s connected to whatever emotion he’s experiencing at that given moment. He can go from being viciously filthy to vulnerably goofy in seconds.

He’s also a fantastic mimic who can morph from Joan Rivers into Robert De Niro into a Hoover upright effortlessly.

PJ: As an instructor of stand-up and comedy writing, what is your best piece of advice for anyone interested in a stand-up career?

ES: Well, basically that in order to make progress at the beginning, you have to be willing to accept that at least 90 percent of everything you do is going to suck. During your first attempts at the microphone, you’re going to look bad (and feel bad) a good amount if the time. (Although, hopefully you won’t be denied at least a few successful moments.) Unfortunately it’s necessary. Unlike acting, singing, or dancing, you can’t really get better at stand-up by rehearsing without an audience. There’s no fourth wall and the audience is part of your act; you need them there to figure out what works. Alas, they’re not paying to help you rehearse and things can get pretty painful until you learn what you’re doing.

PJ: How has writing Mental changed your sense of humor or comedic style, or has it not changed at all from the experience?

ES: My sense of humor’s been shaped by a lifetime of experiences, both traumatic and dramatic, and I really don’t believe that any single event or activity such as writing a book is going to change it at this point. I did learn while writing Mental; however, how to be a better storyteller. Normally I write individual jokes and then figure out some way to string them together into a stand-up act. But writing the book (my first attempt at something other than one-liners since I finished college), forced me to look more closely at where things needed to escalate emotionally in order to keep the reader engaged. I think that’ll have a big influence from now on when I’m incorporating new material into my act.

PJ: In your book, you described working at the “Eton Club”—a bar patronized by older men and the very young men who pursue them. Forgive me for channeling Barbara Walters…if you were to frequent a bar in your senior years, what kind of bar would it be and what would be your drink of choice?

ES: Well, I really hate bars and I really hate booze. I much prefer stimulants to depressants. I suspect the only time you’ll catch me drinking vodka or scotch is when I’m ninety-something and want to go to sleep—for the last time. Otherwise you’ll most likely find me in a coffee bar, revving up for an ambitious day at the assisted living facility by drinking a large house blend enhanced with a double shot of espresso.