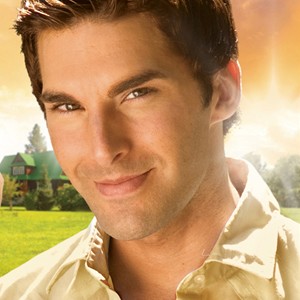 charlie david on the dvd cover of mulligans

He's been in a boy band, opening for the likes of P!NK, Snoop Dogg and Black Eyed Peas and wooing teenage girls on the pages of Boy Crazy Magazine; he's been a television host for E! and NBC, appeared on Ugly Betty and The L Word and served as a gay travel correspondent for the Canada-based program Bump! He's the star of here! [sic] Television's gay supernatural soap opera Dante's Cove and had a leading role in the 2007 film fest favorite A Four Letter Word and in the 2008 film fest favorite Mulligans, a movie which he also wrote and produced. A renaissance man of the gay entertainment industry, is there anything that Charlie David hasn't done?

David laughs, "If you're talking renaissance, it would have to be Tracy Scoggins [David's co-star on Dante's Cove]. She's really done it all; she did trapeze on Circus of the Stars, and that's awesome. I would love to do something like that, but I'm not sure if Circus of the Stars is still going on. I haven't gotten my invitation yet."

Recently assuming the role of Creative Director to burgeoning label Otter Fashion, David adds brand expansion to his resume. He was offered the gig after experiencing "really great synergy" with the gay-geared men's grooming and casual-wear line's founder Joshua Harrell while Otter was doing costuming on the set of Dante's Cove. But, "keep me away from scissors or a needle and thread," David warns, "Josh is the designer." David's the marketing man, a responsibility which has, in the past, obligated David to model in the Otter catalog photos-—an unconventional role for a "creative director" but, with that handsomely boyish grin of his, it's one that isn't so far-fetched.

Q: Singer, model, writer, actor, producer and fashion administrator, and only 28-years-old-—you've been afforded a lot of name-making opportunities at a relatively early stage of your career. Are you really that lucky, that talented or are you just sleeping with all the right people?

A: I wish I could tell you that I have had sex once in the last six months, but I'm not that lucky. I think I tend to approach things with a lot of focus and tend to be interested in a lot of different things. That's why I see a life coach, who tells me to focus and stop chasing so many tails.

Q: Going back to your boy band days, as a member of 4 Now, circa 2001, and professionally in the closet, you once penned a column for Boy Crazy Magazine offering relationship advice to swooning teenage girls. What was that experience like?

A: Oh my god, completely bizarre; my boy band experience was difficult. We'd be performing at roller rinks, surrounded by all these tweeny bopper girls, and I couldn't care less to be there. I was in love with our choreographer-—who was a dude, just to clarify. In those instances [relating to female fans], I just imagined a guy.

Q: Is Tracy Scoggins just as hot in real life as a middle-aged actress as she is a 200-year-old witch in Dante's Cove, and would you turn for her?

A: Whoa! [Laughs] I don’t know... [Laughs again] ...Ok-—Tracy is absolutely hot, just as gorgeous as she appears on TV. Unfortunately, I don't think there's enough magic out there to ever turn me back to women.

Q: There was a lot of full-frontal male nudity in A Four Letter Word, save for the two leading men. Why did you choose not show the full Charlie? Were you cock shy, or did you just not want to intimidate the production crew with your "sloping cascade?" [Editor's note: Readers will have to watch the movie to fully understand the "sloping cascade" reference -–JPF]

A: To be honest, advice from different higher-ups have told me from the beginning, "If you want to be the star, you don't show it," and I've always taken that advice. But there are plenty of boys out there willing to show it, and god bless them.

Q: As the screenwriter for Mulligans, you developed a script that focused on a family during the paternal figure's late-in-life, sexual coming of age. Did you draw on any real-life experience while writing that story and, if so, how many of your friend's fathers did you fuck?

A: None. Unfortunately, I've been under quite the dry spell lately. The script was based more on the women in my life, friends who have gone through break-ups and divorce, and the pain that causes-—not a funny answer, I'm sorry. But it's the truth.

Charlie David took the POP Quiz in Florida via his cell phone while attending the Clip: Tampa's 2009 Gay and Lesbian Film screening of Mulligans. The film's DVD is currently available for pre-order, the novelization of which is slated for an April '09 release along with Otter Fashion's spring '09 catalog. David's personal Web site is pretty cool too.