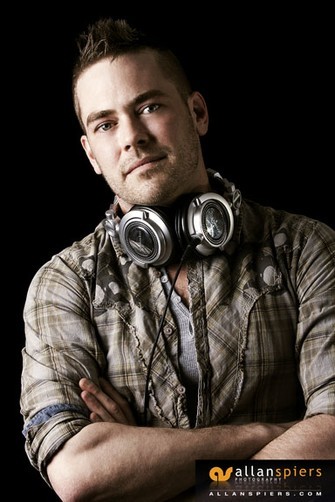 It’s accurate to say that the man who mixes the music at Minibar Thursday and Saturday nights is, in fact, a little bit country and a little bit rock ‘n roll. But, he clarifies, “with a lot more beats and a lot more energy.”

Prior to becoming the Halsted hot spot’s resident disc jockey, DJ Phil DaBeatz sowed the pastoral plains of northeast Ohio. Growing up, he worked on his godparents’ farm, garnering the sun-kissed skin that coordinates with his grain-colored blonde hair, blue eyes and rugged, ranch-hand handsome smile. However, taking his lifelong passion for music into the working world, DaBeatz ditched his plow and overalls for a job at a country music radio station before relocating to Chicago in 2003. A stint working for a Boystown bar gave him access to a DJ booth, allowing him to self-train on the turntables until mastering his technique. DaBeatz officially launched his DJ career in 2006, spinning at the Victor Hotel (where he still occasionally works) before getting a mainstay gig at Minibar: “I feel at home there,” he shares.

Influenced by Chicago mix masters DJs Laura B, Greg Drescher, Ralphi Rosario and Jeanette, DaBeatz has cultured his own DJ-identity through progressive house and techno. His style is self-described as “hot” and “high energy,” banking on a crowd’s vibe in order to turn out his tunes.

“My one biggest motivation is for the crowd each night,” DaBeatz says of his sets. “I feed off their energy and work to build that into a party environment.” And though DaBeatz is still a big fan of country music, he adds, “I don’t bring country into my gigs.”

And he’s got more than just one gig. Recently assuming the role of Senior Vice President of LT Design, an Architectural and Interior Design Firm based out of Bucktown, Dabeatz’s sleeveless Ts and other DJ digs are forced to share closet space with his growing collection of sport coats and slacks. Yet, he doesn’t foresee his burgeoning business savvy ever conflicting with his music making.

“Music is my zen,” he says. “In five years, I know that my enthusiasm for music and for the crowd I spin for will still be what it is today. It is an awesome feeling knowing that my road is only just beginning, and that I have many years to continue to grow as a DJ and as a person.”

Q: Suppose you’re at the gay-popular Jewel at Broadway and Addison, and a really cute boy reaches for the last box of Kashi Go Lean Crunch at the same time as you. How do you handle that?

A: I’d pick another cereal. Certain battles are worth fighting, and that’s not one of them.

Q: Are people really supposed to believe that your last name is “DaBeatz?”

A: Absolutely! [Laughs] Choosing a DJ name was really difficult. Coming from a music background, I went with “DaBeatz,” and it took me about a month to say it without laughing right after. But it caught on and I’m really happy that I stuck with it.

A: It’s hard for me to pick favorites … but anything that makes me laugh. I need more laughter in my life. We all tend to focus [too much] on the serious. It’s nice to have a break from that.

Q: If American culture supports a social caste system based on excess and SUVs, is a fuel-efficient, tiny two-seater really a “smart” car?

A: Coming from a guy who drives a Jeep, I’d have to say no. Stick to your SUV.

Q: A title-holding businessman by day and a popular partier by night, and good-looking too, you’d be quite a catch for some lucky guy. Are you single?

A: This is my year to focus on DJ-ing and LT Design, so, right now, I am single. I want to be able to give my partner the time he deserves.

Can’t make it to Minibar? DJ Phil DaBeatz can be seen and heard during Market Days, spinning at the ChicagoPride.com booth Saturday and Sunday nights, August 9-10.