I feel like my part is babbling about my private life! 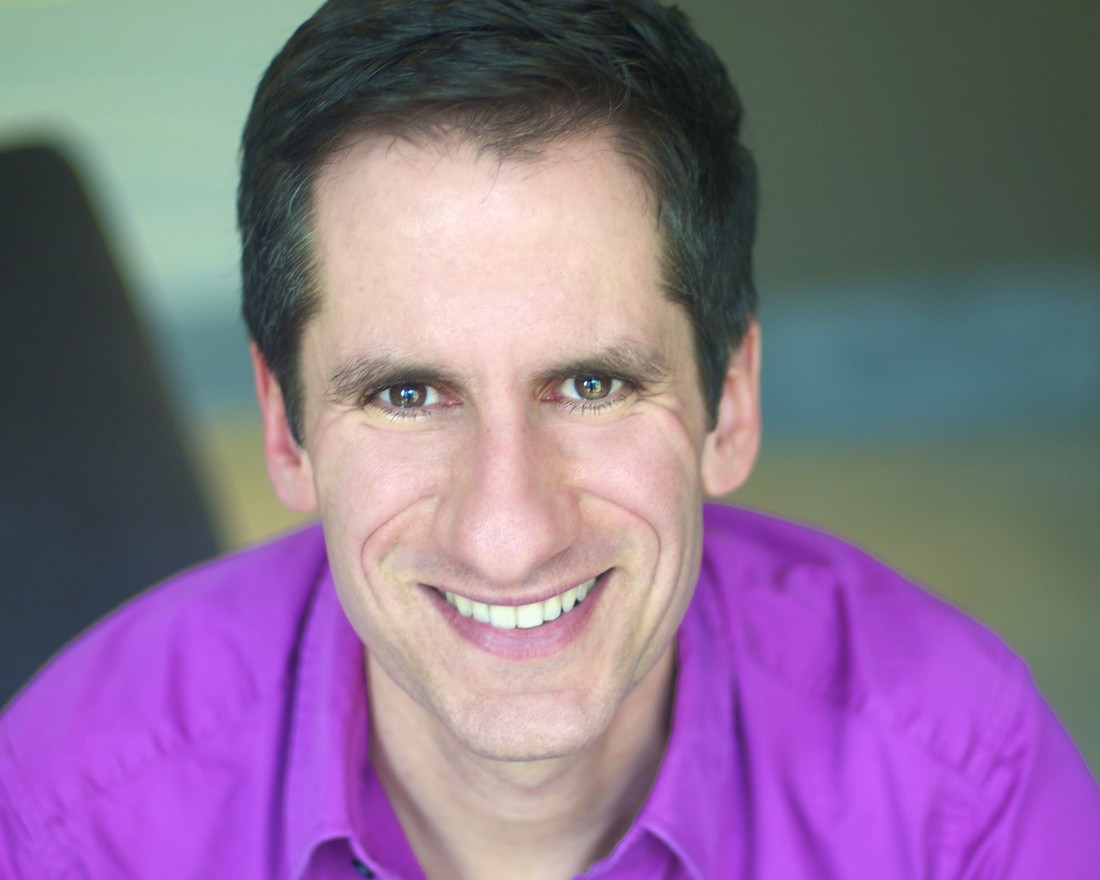 Seth Rudetsky is the host of Seth’s Big Fat Broadway and Seth Speaks on Sirius/XM Satellite Radio’s On Broadway. He was nominated for three Emmy Awards for writing The Rosie O’Donnell Show. He wrote the Grammy Awards shows in 1999 and 2000 and created the opening numbers for the Tony Awards in 1998 and 2000.

He acted in Torch Song Trilogy and The Ritz in the past. He starred and wrote the musical Disaster! that opened off-Broadway and continues being performed to this day.

Rudetsky has written several books with Broadway Nights and The Rise and Fall of a Theater Geek.

Steppenwolf’s LookOut Series and Mark Cortale is now presenting Christine Ebersole with Seth Rudetsky this July. Many will know Ebersole from past shows War Paint, Grey Gardens and 42nd Street.

JN: (Jerry Nunn) Hi, Seth. I met you when you were in Chicago last at the Chicago Theatre Workshop’s production of Disaster!

JN: When did you start teaming up with theater icons in the past?

SR: I started in Provincetown eight years ago. We just branched out and now we do these types of shows in London, New Orleans, Los Angeles and Florida. Last year we started in Chicago.

JN: You have such a good rapport with the artists.

JN: How do you plan out the set list?

SR: The show is basically a concert. I hate patter, it is so uptight and weird. I really wanted a show where I can ask fun questions to the celebrities. It is recreating the moments after a Broadway show and we all go out to eat. They will tell funny stories about their careers.

The questions involve the funny stories that I want to hear about like horrible auditions and people falling off the stage.

With the music I like to have an eclectic culmination of people’s careers such their hits, their flops and a retrospective of their music. That is how I pick the songs.

JN: Did you have a special moment that stuck out?

SR: Yeah, a lot. What I like is the spontaneity of it. With Sutton Foster, I didn’t realize she had played Annie at age 11. When she was talking about it during the interview I just ran to the piano and forced her to sing “Tomorrow.”

That is the difference in this show. It is unscripted. That is what I love, when something happens that I don’t expect. We just go with it.

JN: You get to know them as well as the audience sometimes.

SR: Absolutely. That is the fun part. I love hearing about people’s careers.

JN: I went to the one you did with Audra McDonald. She is very good at connecting to an audience.

SR: I think people may not know how funny she is. Almost everyone in the business is funny. People don’t realize it because they don’t get comedy roles, especially Audra. The theme in these shows is always comedy. I love to bring out people’s comedic sides.

Audra has so many horrific stories with terrible things happening to her that I think are hilarious [laughs].

JN: Did you see War Paint?

SR: Of course I did. We are going to do Christine’s big number from War Paint in this Steppenwolf show.

JN: You did a show with Patti LuPone at Steppenwolf. Are people jealous of your relationship with her?

SR: I’m jealous! Chita Rivera and Patti are my idols. I was psycho and obsessed with them in the past. It is a big deal for me.

I do a Broadway cruise called Seth’s Big Fat Broadway Cruise and Chita is my star of the next one in September. I get to do shows with her all week on a boat!

JN: Did you always love musicals?

SR: My family is very artistic. They exposed me to a lot of the arts. We lived near New York and instead of going out of town for vacation, they would spend money on Broadway shows. I was seven when I saw the short-lived revival of The Pajama Game. That completely flipped me out.

I did have a classical piano degree but it was Broadway that really got me crazy.

JN: What did you think of the Tony Awards this year?

SR: I really enjoyed them. I knew Sara Bareilles and Josh Groban. They are so funny and they love Broadway. I like that we saw a lot of musical performances instead of weird pop stars coming in and singing “What I Did For Love.”

JN: What are your plans for Pride month?

SR: That is interesting because I remember what it was like when I was younger. I was working in summer stock in New Jersey. We had a show every single night. I took the bus in during the day on Sunday to New York City and go to the march. It was such a huge deal for me.

It felt like my one big day doing something for Pride. Now I feel I do so much that every day is Pride day.

The song I produced with my husband for Broadway Records was “What the World Needs Now Is Love” after the Orlando shooting with Audra McDonald, Bernadette Peters, Gloria Stefan, Lin-Manuel Miranda and Sarah Jessica Parker. The money goes to the Orlando victims and also The Trevor Project, which is the suicide hotline for gay and lesbian teens.

What is nice is that I get a lot of letters from people from daily radio show on Sirius/XM. Things will come up about my kid or my husband. They say it’s nice to hear someone talk about a gay family on the radio. I feel like my part is babbling about my private life!

JN: Talk about the evolution of Disaster!

SR: It has been great. It is playing all over the country. I’m so glad it had such a well received run. Chicago made me really proud. There are producers that want to do it in London in a year. We are prepping for that transfer. I am thrilled that so many high schools are doing it, because when I was in high school I was a theater kid. Especially catholic high schools because there is a nun with a gambling addiction. One time I saw it with Mother Superior in the audience and thought I might get my ass kicked. It hasn’t happened yet!

JN: The humor was very clever in Disaster!

SR: To me it is just my sense of humor.

JN: What else are you working on?

SR: Every week I write a column for Playbill with interviews about wigs flying off and I have compiled them into Seth’s Broadway Diaries. There are three volumes out with tons of stories. The third one was published this year.

I am working on writing a new play. It would be roles for women in their fifties. It has four women in a community putting on a benefit. The town matriarch has been murdered. The rehearsal is spent where they are trying to figure out who killed the old biddy.

JN: So it is The Golden Girls meets Clue?

SR: Right, only pre-Golden Girls since they are only 50. That is a good pitch when I go to Hollywood!

JN: If you were going to write a musical about your life what would you call it?

JN: Did you ever dream of this career?

SR: Nothing really changed over the years. I am always doing five projects at once. Everything I have done has just turned into a career. I did comedy and Broadway. I never really picked one.

The hardest job I ever had was when I was a full time writer on The Rosie O’Donnell Show, but I did enjoy that.

Look for Christine Ebersole in concert with Seth Rudetsky July 30 at 6:30 p.m. at Steppenwolf Downstairs Theatre, 1650 N. Halsted with tickets at steppenwolf.org or by calling 312-335-1650.