For me there is zero difference between LGBT or straight 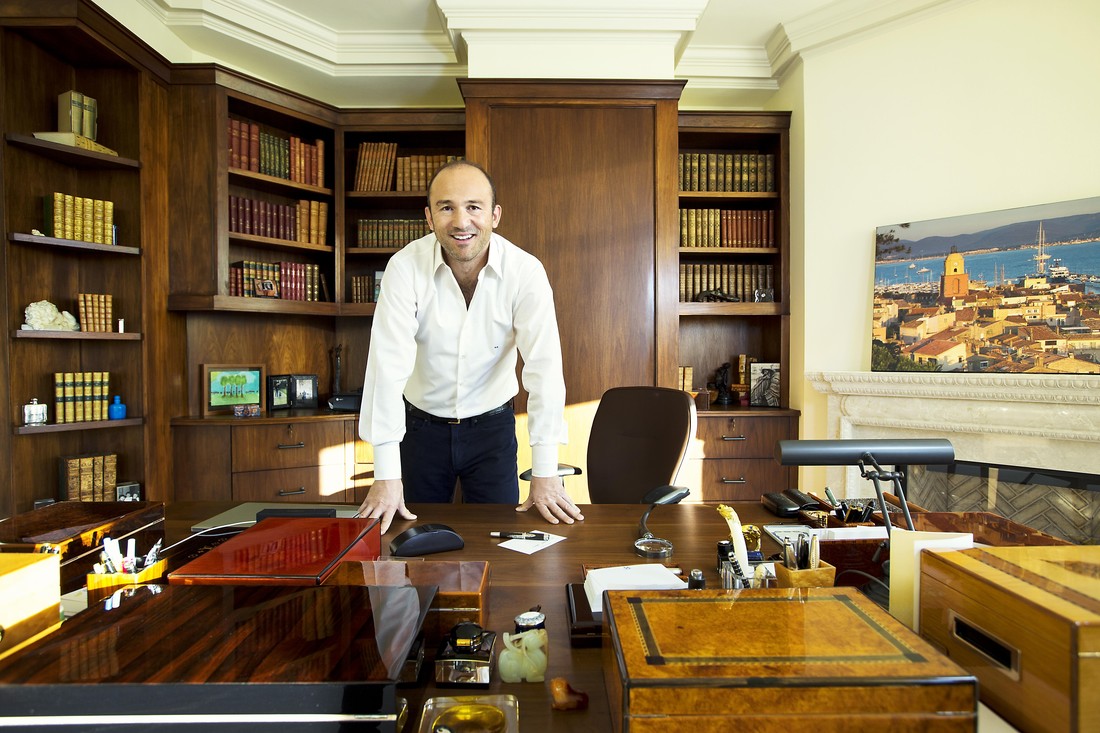 Simon Marcel went from politics to being a love guru. In the process he has been broadcast on 30 stations in a short period of time. He has become the first French radio talk show host in the United States.

The Rendezvous with Angi Taylor is a hit on iHeart Radio and his latest endeavor is called In Bed with Simon on FYI’s short form series.

I came to Cleveland, Ohio when I was 29 years old. It was a big shock culturally, but I loved the Midwest. People were so friendly.

JN: How did you get to Chicago?

SM: The first time I came to America was in a student exchange program in Evanston, Illinois. I was 14 years old in 1982. I loved it there.

I lived there on and off when I was in the advertising business. Now it has been two years that I have lived here.

JN: Why did you want to do radio?

I cold called the radio station in Cleveland to tell them I wanted to do a radio show. I started with politics. The ratings were good. I came here and sucked. My ratings went down. It was suggested that I talk about love. I started with one station in Cincinnati and rocked it to be on 30 stations.

JN: How did you get involved with Angi Taylor?

SM: She is the superstar at KISS FM. Kim wanted to leave my show and do more political radio. I have always been a huge fan of Angi. She is very friendly and real. I asked iHeart Radio to make the deal where she would be my co-host.

JN: Has In Bed with Simon been an interesting ride?

SM: Three years ago I was dating a French woman who was very jealous. After we separated she wanted a second chance. I went to iHeart and told them we should do a show called Second Chance. We tried and it didn’t work. They liked me but not the concept so the idea came to put me in a bed in the middle of a mall and ask relationship questions with regular people. I had been living in Ohio most of my life so I was totally at ease with strangers in my bed in the middle of a mall!

JN: So you interview all types of people?

SM: Yes, with different questions about relationships. I interviewed 60 couples recently. That is my passion. It is like storytelling. I never get tired of it.

JN: Do you want celebrities in the bed?

SM: I think eventually that might happen. I proved I was able to ask questions to everyday people.

When I was little my mom would ask me general questions. When your mom gives you the time of day you can give other people the time of day. I want to know their stories more than mine. My mom gave us the gift of active listening.

JN: What is your advice on dating for the LGBT community?

SM: For me there is zero difference between LGBT or straight. It is all the same. Men and women are doing the best they can to find love. We are just human beings looking for love. We might be on Tinder or Grindr, it is all the same.

I will just say this, whatever you like, just love and dare to love. If one doesn’t dare then they don’t live. Don’t be afraid of anything. My biggest fear is rejection as is with many people.

When someone says an insult or attacks just remember that is a projection.

JN: How have dating trends changed?

SM: Here is the difference. Sex is cheap now for everybody. For me, I don’t do that, but my listeners do it. It cuts to the chase and cuts out the romance. Romances is creating an enchanting feeling in someone’s heart. That doesn’t do it with an app. That doesn’t create an enchanting feeling. I come from Paris, France. We are all about enchantment. When we meet someone we say, “Enchante” or it is enchanting meeting you.

The apps take away the softness of getting to know each other. As a romantic guy I strongly believe to give a little more room for softness. Talk and listen softly, no yelling. Also give yourself time. I am old school, so…

JN: I understand. What do you recommend for people to do on a first date?

SM: I like dinners, but sometimes it costs money so people can’t do that. I would say to meet for coffee, not a drink. People drink because they are nervous. The only reason they want to go for a drink is because they are scared of rejection. If you are even less nervous then you invite someone to meet at the art museum at 11:00 a.m.

Dates are all about how comfortable you are to be with that person. You have to understand why they want to meet you at certain times and at certain places. Where is the intent?

JN: What are you plans for the future?

SM: I am going to pitch my book. I am writing a book now. It is a biography. I am the only French man who has made it this far in radio as a host. I have taken a lot of adventures traveling and living in different places.

I want to live every day like it’s the last. That is what I want do. I don’t have a huge plan but that one. We have one life and mine is half over. The last half will hopefully be as good as the first or even better. It is about the joy of life today!