COIN and front-man Chase Lawrence 'Talk Too Much'

We wanted to make something based on all of our life experiences collectively. 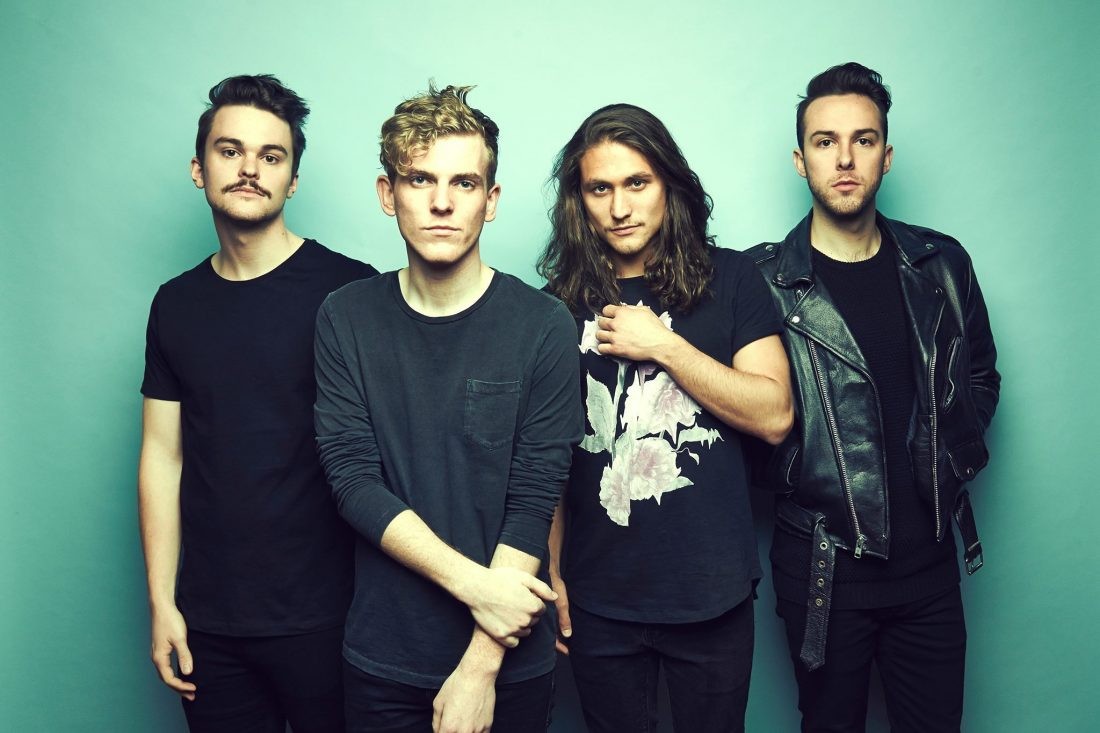 The Indie-rock quartet COIN has a bright future and critics say the potential to be the next Coldplay. With a soaring voice by Chase Lawrence, strong backing vocals by Joe Memmel, Ryan Winner on drums, and Zachary Dyke on bass guitar the band has an ear grabbing sound.

The band’s second album is currently blasting the Nashville band into the spotlight. Titled How Will You Know if You Never Try has a popular lead single, “Talk Too Much".

Jerry Nunn caught up with COIN backstage at a sold out Chicago show at Lincoln Hall.

JN: (Jerry Nunn) So COIN is known as a Nashville band, but are you all originally from there?

CL: We are all transplants.

JN: How did everyone wind up in Nashville?

CL: For school, we went to Belmont University.

JN: It is a very conservative school. You have to take a bible class?

CL: You have to take two religious classes, right Zach?

CL: You can take any religion class, but they pretty much only offer bible classes.

JM: It has changed a bit, but still a bit conservative.

JN: I grew up in Hendersonville, Tennessee.

CL: I lived there. You know that weird mall there?

JN: I worked at Wilsons Leather there. What part of Illinois are you from, Zach?

ZD: A town called Morrison. It is about two and a half hours west of here. Is everyone familiar with Chicago?

RW: We have played here.

CL: We have played Lollapalooza and a few shows here.

JN: I missed it. You have to come back and play Lollapalooza again. This one is already booked. Talk about the band name. Is it all capital letters?

CL: It is, mostly because we hate the lower case I. That is the only reason.

We just wanted a one word band name. Everything was taken. I found this book of race horse names from the Kentucky Derby. One was named Lucky Coin.

JN: Isn’t it tricky to search on Google?

CL: Yes, if you search “coin album” it will be a collector’s book.

JN: There are fans camped outside with blankets. You are new to having fans of this magnitude?

CL: It never gets old, for sure. It is a new thing for us to have people believe in us that much. It will still feel new a year from now.

JN: This is the second album, and the single “Talk Too Much” has gotten tons of radio play.

JM: We are very thankful.

JN: It is a great album so let’s talk about the other tracks. Who is “Hannah?”

CL: Hannah is a girl I met in eighth grade. That was her actual name. She was so beautiful. I saw her recently and she is living in my hometown. The story is totally fictional. I thought she could do anything, so I decided to write a song for her.

JN: Does everyone do the song writing?

JN: So everyone collaborates. Is there a certain sound you want the music to have?

CL: No. I think from the first album to the second album we wanted something more emotional. In contrast the first album is more metaphorical. This one is very literal lyrically. We wanted to make something based on all of our life experiences collectively. Random parts are about each of us in some way.

JN: “Boyfriend” is such a sunny song. I know you are playing that one live.

JN: How was making the video for “Talk Too Much?”

JN: Where was it filmed?

JM: We filmed it in New York.

RW: At Acme Studio in Brooklyn. It makes it seem bigger than what it was. There were a lot of people there.

CL: There were probably 50 people on the set. There were so many extras and crew. It was a 16 hour workday. We got it done.

CL: It was a very whimsical set.

JN: Do you have a lot of input creatively with the videos?

CL: There is a cut called “Are We Alone?” We have all been enjoying playing that. It is mellow for the first two minutes, then the last part really gets to the point.

JN: “I Don’t Wanna Dance” is the newest single?

JN: There is no video?

RW: We just finished it.

JN: Where was it filmed?

CL: In Nashville, all over, the Wildhorse Saloon, the General Jackson Showboat.

JN: My parents love the General Jackson, and to take a little dinner cruise!

CL: It is a tip of the hat to the country music industry and where we were formed.

JN: Would you want to live there permanently?

CL: We all live there. Joe just bought a house there.

JN: The cost of living is not too bad there.

RW: It is growing.

JM: It is exciting to see everything going on there.

JN: Let’s play the “Talk Too Much” game. Here topics you can talk about or not. Reality TV?

CL: Tila Tequila. She is all I think about with reality TV, even more than American Idol.

JM: I wish MTV would be full of music videos instead of reality television.

CL: Let’s not talk about Tila.

JN: That’s a good name for a band. Movies?

CL: We all saw Get Out recently. We saw it in Texas at a dinner theater. It was a special night.

JN: Do you talk about politics?

CL: We don’t talk about, but don’t have a problem with it.

CL: I love Wicked so much.

JM: That is my sister’s favorite musical.

RW: We are going to start going to more things like that when we get off tour.

JN: Do you talk about country music?

RW: This guy plays it all the time [points to Chase]

CL: I am in a phase right now.

JN: Do you talk about Chicago?

CL: I wear a Blackhawks shirt regularly. I sing the “Go! Cubs! Go!” song frequently. We talk about Chicago all the time. We romanticize it. We played Lolla here. Our first show outside of Nashville was here. It is a special place for us.

CL: I don’t think there are any female pop stars I don’t like.

CL: We just started our headlining tour. We are playing Bonaroo and a bunch of festivals this summer. We will do even more touring in the fall.

JN: What do you want people to know about the band that aren't familiar with COIN?

CL: We had a carefree nature from the start. It is being applied to our fanbase. They are loving, accepting, and kind. This show comes together and it is basically a family reunion for these people, and for us too. That is what we want people to know. That’s what we are all about.