My mom is a drama teacher and my dad was an aspiring director. I grew up on musicals. 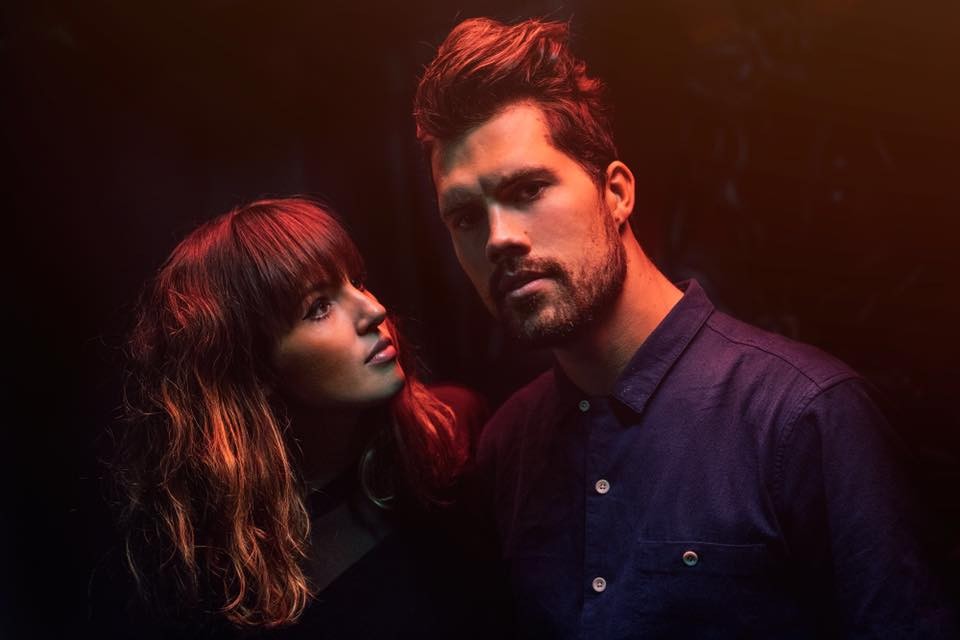 The English group Oh Wonder are made up of Josephine Vander Gucht and Anthony West. The duo released one song a month for a year creating a full length self titled album.

Their festival appearances have really made them stand out with Bonnaroo, Firefly and Lollapalooza. They toured opening for Halsey and now break out on their own, which has them returning to Chicago.

JN: (Jerry Nunn) Where did you two meet?

AW: (Anthony West) We met in London in a studio. I was recording with a mutual friend of ours. We started writing music together.

JVG: (Josephine Vander Gucht) We really aligned and had a similar interests. We liked the same music and the same favorite songs. We knew we had to work together desperately.

JN: Was there an artist that brought you together?

JVG: There were several, Deathcab for Cutie, Max Richter, Foals, Everything Everything. Many alternative bands.

JVG: I know. We met them at a festival the other day.

JN: Where did the name Oh Wonder originate?

JVG: We loved the word wonder. It means to be curious and also means to admire beauty. We wanted to constantly be curious. That is how you progress as a human.

JN: I spoke with the group Louis The Child about their remix of your song “Body Gold.”

AW: They are really talented.

JVG: We just did a DJ set and played that song today.

JN: I heard you played Beyonce there as well.

JVG: We did. I love Queen Bey.

JN: Did you see Lemonade?

JVG: I went to her concert the other day actually. I was very lucky.

JN: Your song “Without You” seemed like it came from a musical. Are you inspired by musicals?

AW: Hey, I have been in loads of musicals!

JVG: My mom is a drama teacher and my dad was an aspiring director. I grew up on musicals.

JN: What is your favorite?

JVG: Sound of Music. I really wanted to see Aladdin. We stayed in New York for a bit. It had just opened on Broadway. It is coming to London so I will see it at Christmas.

JN: What about Hamilton?

JVG: Dude, I tried so hard to get tickets. They are like $600! I couldn’t bring myself to do it. It will be at home as well so I can try there.

JN: You released one song a month to make your album. What was the inspiration behind that?

AW: We wanted to challenge ourselves. We are not the artists that make a video for each song. It was the result of the songs going well online.

JN: Do you like your songs being used on TV shows?

JVG: They are used in London. We usually get streams of Tweets when they air. “Oh my god, I heard you on MTV Scream!” I didn’t know the show or the reference points. It was hilarious.

At home our song was used on a very serious crime drama that my parents watched. Finally my parents had thought I had made it.

JN: What show was it?

JVG: It was called Unforgotten.

JN: Since you live in London, have you been to G-A-Y?

AW: It is a great place to go.

JVG: It was one of the first bar places I went to.

AW: You can go there if you are underaged. They don’t really mind.

JVG: It is really popular.

JN: How was touring with singer Halsey?

JVG: We are in the middle of it. We have a few more shows to go before we start our own tour.

JN: You spoke about gender and sexuality at Lollapalooza.

JVG: It is so important what she says. If you are given a platform in music you should use it. We watched her show and she all about equality and community, how people express themselves and that being okay. It was a joy to watch.

JN: It must be nice to support a singer as her opening act when you believe what they do.

JVG: It is a privilege.

JN: So you are returning this October to Chicago?

JVG: Yes, a full US and Canada tour. We played at Lincoln Hall recently but this is a deeper tour.

JN: This time a bigger venue.

AW: The pressure is on.

JN: You got to bring it!