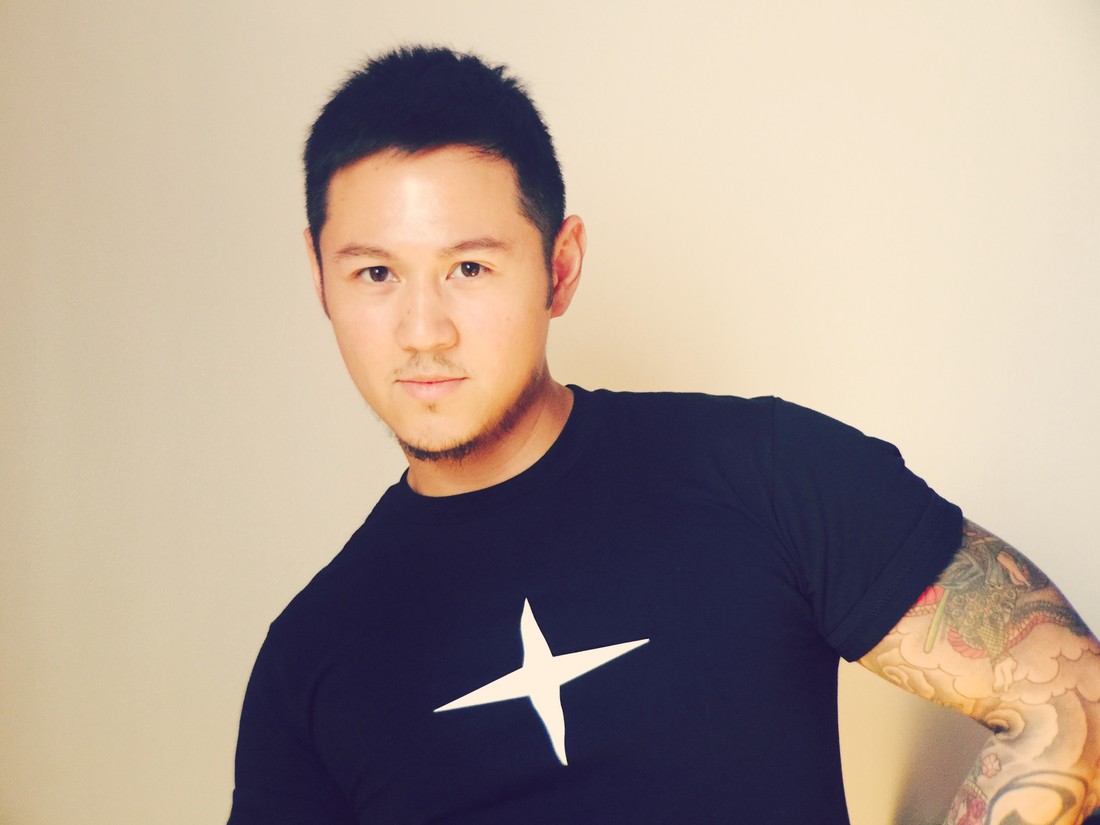 photo credit // toy armada
Toy Armada is a Chicago Cubs fan, specifically, pitcher Jake Arrieta – and Armada has a Cubs shirt with ARRIETA emblazed on the back.

"Baseball isn't really that big in Manila, but I know how the game (is played thanks to) video games ...thank God for Nintendo," said Armada, laughing.

He attended his first game at Wrigley Field this summer, and after the victory, he thrilled in the rousing rendition of "Go Cubs Go" – the team's official victory song, which dates back to 1984. Armada said hearing the song was "pretty amazing."

Armada certainly knows a thing or two about music. He is, after all, best known worldwide as DJ Toy Armada, a Philippines resident who had shined in the DJ booth, not to mention his work as a remixer and producer. Armada, 37, lives in Makati City and is partnered with Nikky Nicandro, who owns an advertising firm (BrandWorX Inc.).

"I always make sure my sets are filled with three things: soaring vocals, thunderous drums and euphoric synths," Armada said. "I am always attracted to tracks with drama, (such as) exotic vocals from the Middle East to the frenetic drums of Latin America.

"When the music is pumping and the people (are) dancing, it's everything, a feeling that I never want to end."

Armada the DJ has hit Chicago three times, including a special Labor Day weekend party at Fantasy Nightclub from SKIN Productions. "I really wish I was born here; that's how much I love this city. There's just so much to see."

Armada has a strong contingent of Chicago friends, too, who he calls "family," but added with a grin, "those bitches always make me cry when I have to go back home to Manila."

Armada has been DJing since 2003, with his first-ever gig at a gay club in Manila, called, BED! "I was so nervous because I was new to the scene," he admitted. "I was missing beats and sometimes failing at transitions, definitely a first timer."

Still, he added, "I was so thankful because the crowd was so supportive, so I said to myself, 'Just keep going and have fun!'"

When the gig was over, the owners came over and offered him his first DJ residency.

"Many things can happen when you're inside a DJ booth that's three stories high and shaking with every move that you make," he said. For instance, the equipment fails, "and you still have to make sure that music is playing, no matter what." Or, drunks often say some blistering comments, but he just smiles back.

"I find the fun whenever crazy things happen," Armada said. "There's never a perfect gig, and it's part of the DJs job to handle these situations so that the crowd would never know something was wrong in the first place. I'm actually thankful for all the DJ nightmares in the booth that I've experienced; they made me learn how to relax and just enjoy myself on stage while handling the situation as I crack my fan to the music."

Armada had several jobs before landing in the DJ booth, such as advertising to wedding coordination. But, he said, "I always wanted to take care of the music, and then finally one Tuesday night, a female DJ (Ann Barcelona) who was a friend of mine invited me inside the booth at the club where she played. She taught me how to work the decks and how to carefully listen to the beats. She was my mentor, and I'm still a proud student of hers."

If he wasn't a DJ, Armada said he'd be working in the video games industry. "I am always amazed with how the graphics and the stories come together to form an epic adventure. I love escaping into an artistic digital world," he said.

DJ Role-Model: Offer Nissim – "I am in love with his sound, plus, in his home country of Israel, he is known as a musical hero."

Name Game: "People usually ask me how I got my DJ name. Well, my mom was the first to call me Toy because my real name is Joselito. And I added Armada. So now you get an army of toys, hence Toy Armada ...I will play with you!"