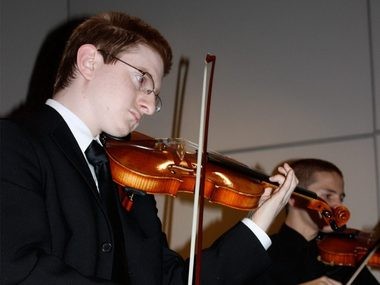 New Brunswick, N.J. - Gay Rutgers freshman Tyler Clementi has killed himself after his roommate used a hidden webcam to tape him having sex.

That roommate, Dharun Ravi, and another Rutgers student, Molly Wei, have been arrested for invasion of privacy and illegally transmitting a sex act. That's because Ravi apparently went to Wei's room and used her computer to Tweet about Clementi's liason, and used the internet to share live video of it.

"Roommate asked for the room till midnight. I went into molly's room and turned on my webcam. I saw him making out with a dude. Yay," wrote Ravi on his Twitter account on Sept. 19.

Two days later, Ravi again tried to catch Clementi on the webcam. It didn't work, but he told all his Twitter followers about it.

"Anyone with iChat, I dare you to video chat me between the hours of 9:30 and 12. Yes it's happening again," he wrote.

The next day, Clementi jumped off the George Washington Bridge. His suicide note was brief, posted to Facebook using a mobile app he'd downloaded just a few minutes before: "jumping off the gw bridge sorry."

Police have pulled a body out of the river and they are trying to confirm whether or not the remains are Clementi's.

"Tyler was a fine young man, and a distinguished musician. The family is heartbroken beyond words," said a family spokesman.

Clementi was a talented violinist. He had only been at Rutgers for a month.

Wei and Ravi knew each other from high school and had become friends at Rutgers.

The school is conducting its own investigation.

"Two fellow Rutgers students have been arrested and charged with invasion of privacy for their actions in that incident." said school president
Richard L. McCormick. "If the charges are true, these actions gravely violate the university's standards of decency and humanity."

Clementi is the second young man to commit suicide in the United States this month after being victimized by homophobic bullies. In Houston, 13-year-old Asher Brown killed himself after enduring more than a year of torment at his own school.

Sex advice columnist Dan Savage recently established a YouTube channel for gay teenagers called "It Gets Better." On the channel, gay adults are posting personal videos about the happiness that can be found, if you can just survive middle school, high school, and college.