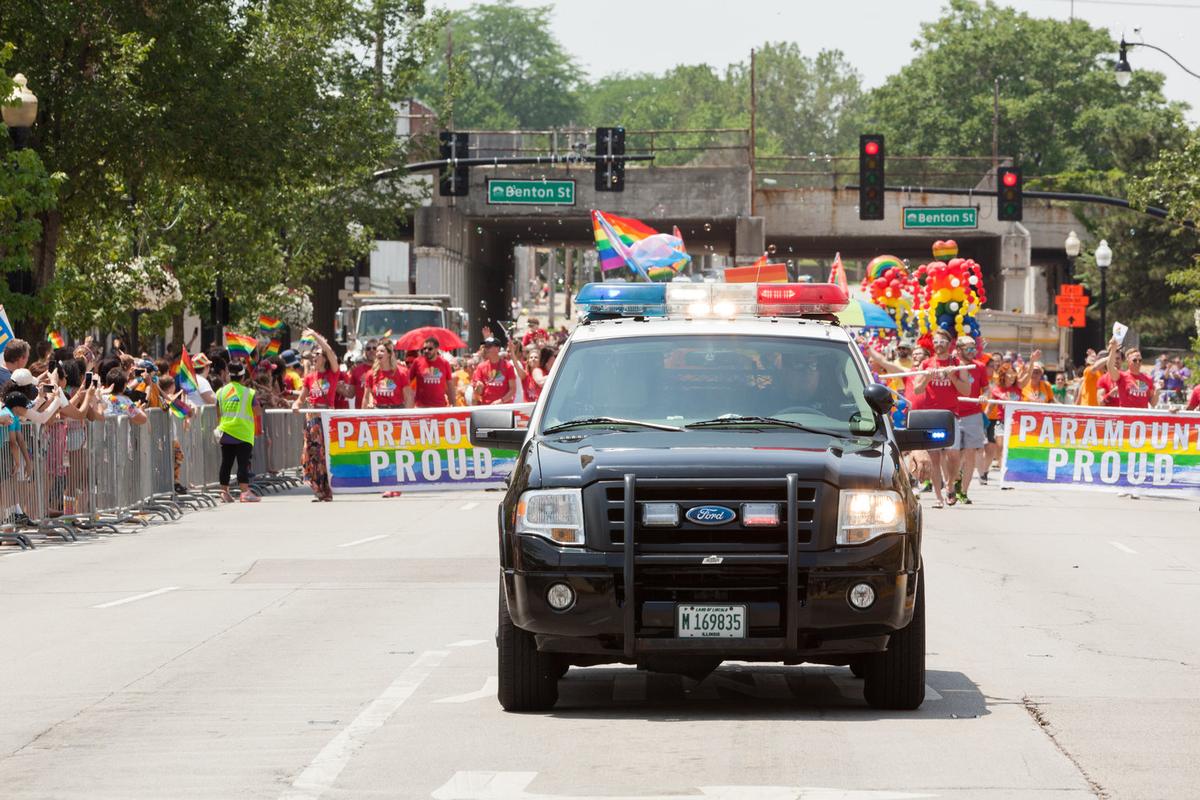 Organizers of the third annual Aurora Pride Parade have banned uniformed and armed police officers from marching in this year's parade scheduled for June 12.

Officers who wish to participate are asked to do so without showing up in uniform and without their weapons.

There will be uniformed officers and vehicles present outside the parade route.

Aurora Mayor Richard Irvin, who advocated for the city's first Pride Parade in 2018, said he was "extremely distressed and disappointed” to learn about the ban.

In 2018, one of those marching was then-Aurora Police Chief Kristen Ziman, an out lesbian.

“It's preposterous to paint everyone with a broad brush and to not truly take into account the progress and the evolution that we have made,” Zinman told WMAQ-TV.

Aurora Pride, the organizer of the event, said in a statement that since 2018 and 2019, "the climate has shifted."

“Relationships between police and community members are more strained than they were 3 years ago, in Aurora and nationwide,” the statement read. “There continue to be incidents of harassment and violence, primarily focused on people of color and LGBTQ people. We recognize that these incidents are the result of a minority of officers, but law enforcement organizations as a whole are not addressing these incidents in ways that build trust with the community.”

Irvin, who is running for Illinois governor as a Republican, called the decision "baffling how what is supposed to be an event focused on and celebrating equity, diversity and inclusion is now choosing to exclude others.”

Equality Illinois tweeted support for Aurora Pride Parade organizers: “Inviting queer police officers to participate but asking them not to carry weapons and service gear is more than reasonable.”

The tweet referenced a 2020 survey of 1,000 LGBTQ Illinoians where 46% said the "presence of police in their community makes them feel less safe."

No word if a similar decision has been made for the annual Chicago Pride Parade slated for June 26.