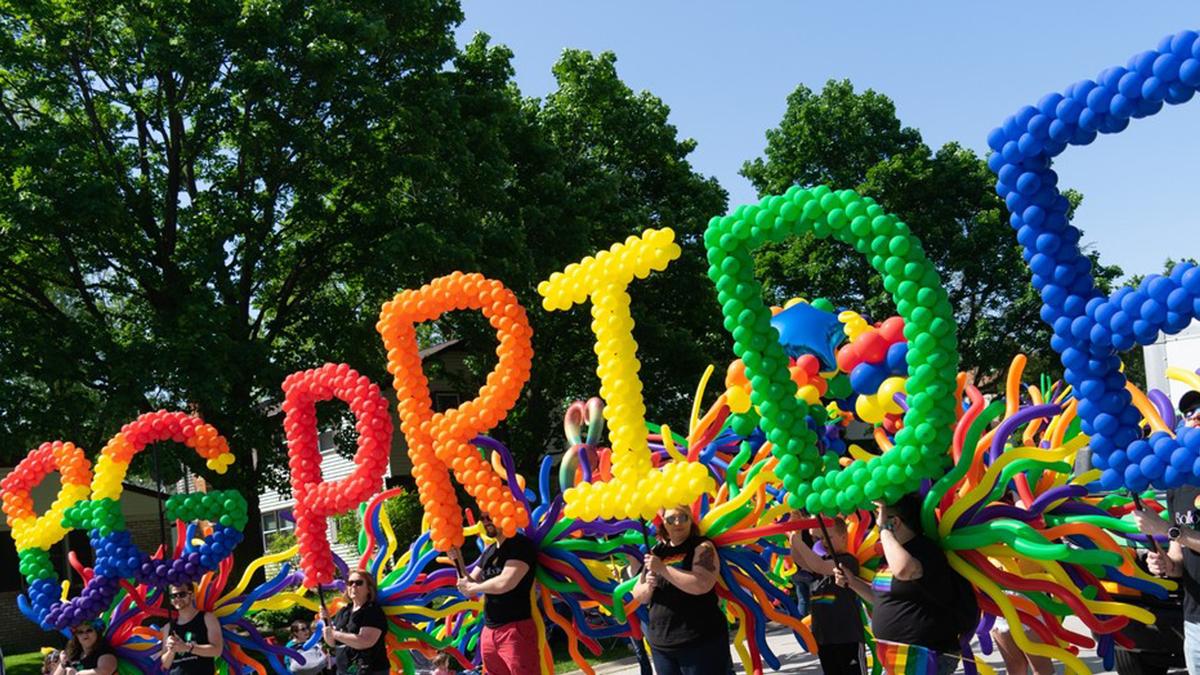 The BG Pride Parade is set for its second rainbow-filled trek through northwest suburban Buffalo Grove on Sunday, June 5, after the COVID-19 pandemic turned the parade into a Pride Drive for the past two years.

Organizers are “beyond thrilled” for another parade, a follow-up to the inaugural BG Pride Parade in 2019. This year's will be bigger than the first edition in every way, including more sponsors, more entries and more music.

“The Pride Drive was a wonderful flip option, (but) having the masses together (for this year's parade) is so special. We are so pleased to be able to offer this to the community again,” said event organizer Carolyn Pinta. “Our goal is to bring as much joy and awareness as possible.”

Pinta said the 2022 parade will have 10 or 20 more entries than in 2019 and the theme is family-friendly, as it is for all events under the banner of The Pinta Pride Project, which will include “highlighting, celebrating and normalizing the LGBTQIA+ community from a very young age,” Pinta said.

The BG Pride Parade is, of course, the brainchild of Molly Pinta, who pushed her parents to start a pride parade in Buffalo Grove after attending a parade in 2018.

Now 16, Molly is a sophomore and Stevenson High School in Lincolnshire. She is bisexual and recently got her driver's license, which her mom said allows the younger Pinta “to participate much more actively in the plans.” Molly hopes to become a veterinarian, mom added.

Pinta said they are not ready yet, as of press time, to reveal this year's grand marshals.

“We are thrilled with the community support,” Pinta said. “Zebra Technologies is a Diamond sponsor this year and so many groups have come back year after year. We are so grateful. Balloons by Tommy, Lakeside Pride, Chicago Pride Guard and School of Rock are all crowd favorites. This year, a local dance company, Reverie, is entering a huge group of dancers.”

The Pinta Family plans to walk at the opening of the parade with others, following Balloons by Tommy's BG Pride letters, Pinta said.

“We will never forget turning around at the front of the parade (in 2019) to face what was gathering behind (us) … it was magical,” Pinta said. “The best parts (of) the (2019) parade were all the stories of teens feeling loved and supported and feeling comfortable to come out.

“Considering that the (2019) parade was basically put together by two teachers and their family, we were amazed at the participation and the turnout. I think Molly's story was something that many people connected to.”

Due to the pandemic, the BG Pride Parade turned into the BG Pride Drive, where attendees drove around Buffalo Grove and 100+ homes were decorated in rainbows and more.

“The Pride Drives were awesome because community members took on the responsibility for creating their own mini prides. We will always be amazed and grateful to the thousands who were involved – from families, organizations and companies to drag queens and DJs.”

“We are very much hoping that a Pride Drive is a thing of the past, just like COVID,” Pinta said.

The 2022 BG Pride Parade steps off at 11 a.m. on Sunday, June 5 from Checker Drive in Buffalo Grove. The parade will be followed by the Buffalo Grove Park District's Pride Picnic at the Mike Rylko Community Park. For more visit buffalogrovepride.com/2022.