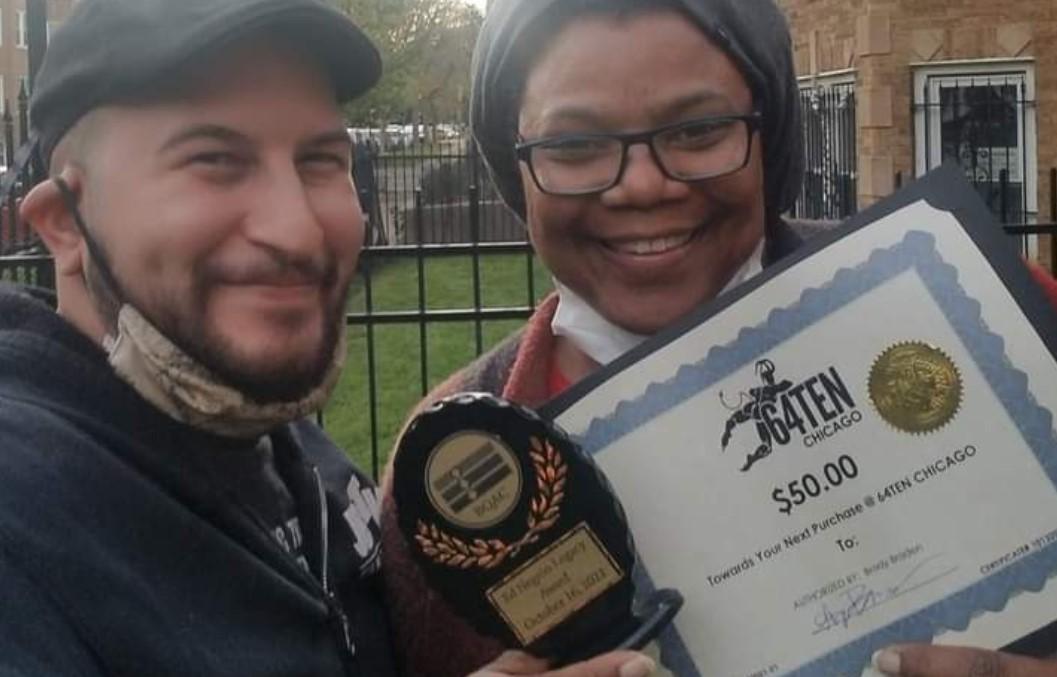 It's only the third week of January and Bisexual Queer Alliance Chicago (BQAC) is already pushing through with a lot of programming.

The leading advocacy group for bisexual persons in the Greater Chicago Area has hosted a health and medicine panel moderated by Robyn Ochs and in partnership with Howard Brown Health—to make primary care access more bi-friendly.

It hosted a special showing of The Prom—a 2020 musical romance starring Ariana DeBose, Jo Ellen Pellman, Meryl Streep, among others.

It focused on mental health with a presentation called The Things We Don't Say, in partnership with Hope For the Day. The program offered tips and education for dealing with anxieties and challenges faced each day.

The group will round out the month with its monthly Bi Discussion Group on Saturday, January 29 from 2 to 4 p.m.—on Zoom due to COVID-19 mitigation.

Recently, the Board of BQAC met for its hybrid retreat with Board president Auggie Rodriguez at the helm.

Still in its memory, even at the retreat, was the late Ed Negron, who co-founded the group with Mike Oboza—also in attendance.

Rodriguez opened the retreat with a moment of silence to "remember Negron as BQAC helps carry on his legacy."

Oboza shared his thoughts about BQAC despite having himself retired from day-to-day advocacy work in Chicago—or so he thought.

"After he died, I realized Ed was reminding me to go back and help our next generation," Oboza reflected. "Because that's what we both did from day one."

Also on the forefront of that work were Bi Social Network or BSN, and the I Am Visible Campaign, which are part of Step Up for Mental Health—founded by Adrienne McCue in 2010.

McCue, who received the first-ever Ed Negron Legacy Award just months ago, reflected on the initial mission of BQAC.

"I remember his call," she said. "When Ed was alive, he reached out to me to write a book about my experiences with BSN and never stop kicking the can on advocacy and injustice."

BQAC has a lot of work ahead of it as bisexuality remains assailed regularly by misinformation and downright abuse in traditional media, social media, and the real world in which bisexual people must live.

It continues to be besieged by unkind comments and discrimination from even within the LGBTQ community, of which it is supposed to be an equal member.

Negron's sister Monica Rodriguez offered a reminder of that kind of discrimination at a Chicago Pride Parade.

"Ed carried a Bi Pride flag when someone shouted, You can't be both. Make up your mind. You like men? Or women?"

"Ed carried that flag high and proud and didn't give a f*ck about what others thought," Rodriguez smiled.

"That right there was him being visible and him being his own parade."

BQAC intends to meet the moment Negron challenged at that parade: to fly the Bi Pride flag higher in Chicago and beyond.