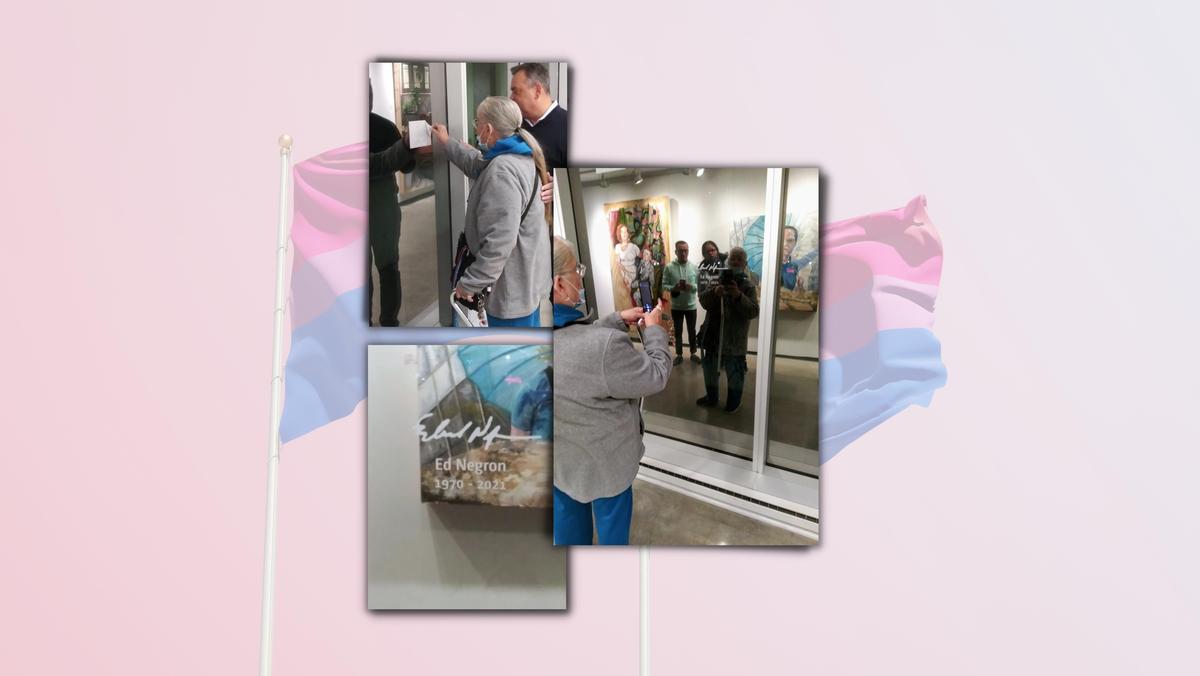 Negron, an openly bisexual-identifying man, is an inductee of what is now called the Chicago LGBT Hall of Fame

Family and friends gathered at Center on Halsted (COH) on November 23 for the unveiling of a memorial window honoring longtime bisexual activist and community organizer Ed Negron.

Negron died in late July of this year.

His funeral included a procession through what is popularly known as the "Boystown" neighborhood enclave.

Among the celebrants were Negron's mother Osnaida Rodriguez, sister, niece, nephew, coworkers, and other community members.

"I wanted to have a small gathering for this, because I feel this is big. Center on Halsted was a big part of him. It's where he started," Rodriguez said.

Negron, an openly bisexual-identifying man, is an inductee of what is now called the Chicago LGBT Hall of Fame.

He is one of the most well-known certified alcohol and drug abuse counselors in the metropolitan area and advocate for people recovering from substance abuse.

Some have hailed him a hero for coming out as a former gang member and drug dealer, helping others out of similar situations.

Apart from his photography, counseling work, and activism, he was also a U.S. Army veteran, and recipient of a White House challenge coin.

Bisexual Queer Alliance Chicago (BQAC) remembers Negron as one of its co-founders.

"I'm speechless and grateful Monica shared this moment with me," Oboza said.

He also shared that having the honor at Center on Halsted is meaningful.

"Especially since BQAC had our first meeting at COH on October 16, 2010," he explained.