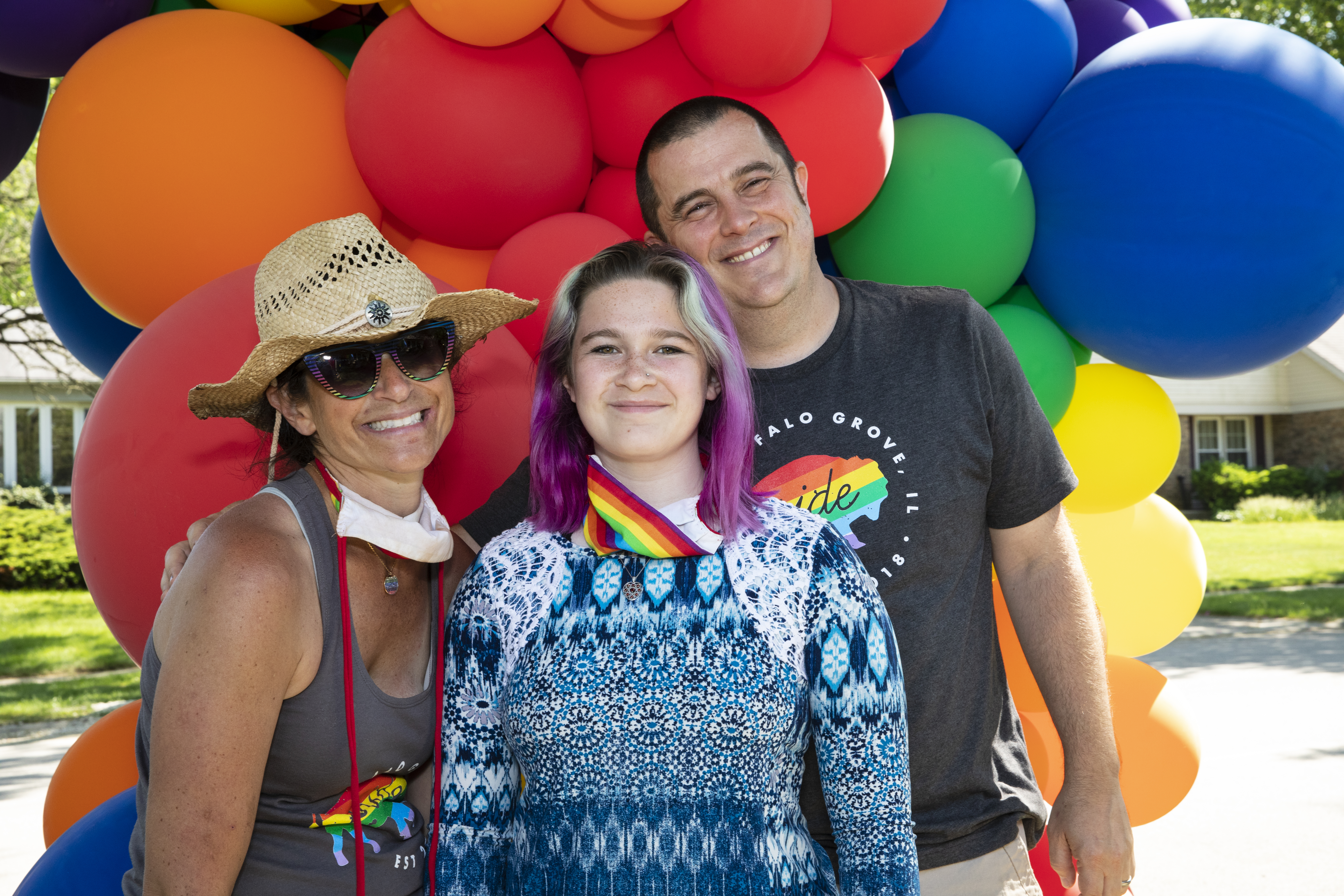 molly pinta with her parents

photo credit // annette leibovitz
view the full gallery
The inaugural BG Pride Drive, conceived after the Buffalo Grove Pride Parade was canceled due to the coronavirus pandemic, was without question an overwhelming success.

In fact, many in the northwest suburbs have already asked if the Pride Drive will return in 2021 in addition to the parade, though organizers hinted it likely will be one or the other.

“We were blown away by the participation, thousands of people showed up,” said event organizer Carolyn Pinta of The Pinta Pride Project. “We could not have asked for better weather, more guests, or more beautiful donations to both the food pantries and Brave Space Alliance.”

There were close to 100 homes in Buffalo Grove decorated with rainbows and more for the three-hour Drive that started at 12noon on a sun-drenched Sunday, June 7. Plus, several local businesses, including Dunkin' Donuts and OMNI Youth Service, joined in Pride festival that also included a strong stance in support of the Black Lives Matter movement.

Some of the streets along the Drive were continually backed up, but cars were honking in support, not anger or frustration. Attendees were decked in rainbow attire, waving flags, singing and dancing.

The parade was missed. The Drive was memorable.

Drag queen Miss Flo NoMo' was hanging out with, believe it or not, Pride Mickey. Many cars were decorated in rainbow attire, and attendees ranged from children to grandparents.

“Folks did not just come out to the event; they dressed in full pride gear and had beautiful signs and decor on their cars,” Pinta said. “Many, many teens participated, and we heard from many proud parents about the joy of watching (their children) be themselves.”

Molly Pinta, 13, whose idea led to the inaugural BG Pride Parade in 2019, was handing out cookies and rainbow flags to cars passing by.

Carolyn Pinta confirmed that at least two youngsters came out to their parents during the Drive.

“(It's) always (emotional) when teens (feel) comfortable and come out to (their) parents, friends,” and others after the event, Pinta said.

“We are eternally grateful for the support of the DJs, drag queens, businesses and organizations that support our events.”

Related: Pride Month in Chicago will look a little different this year