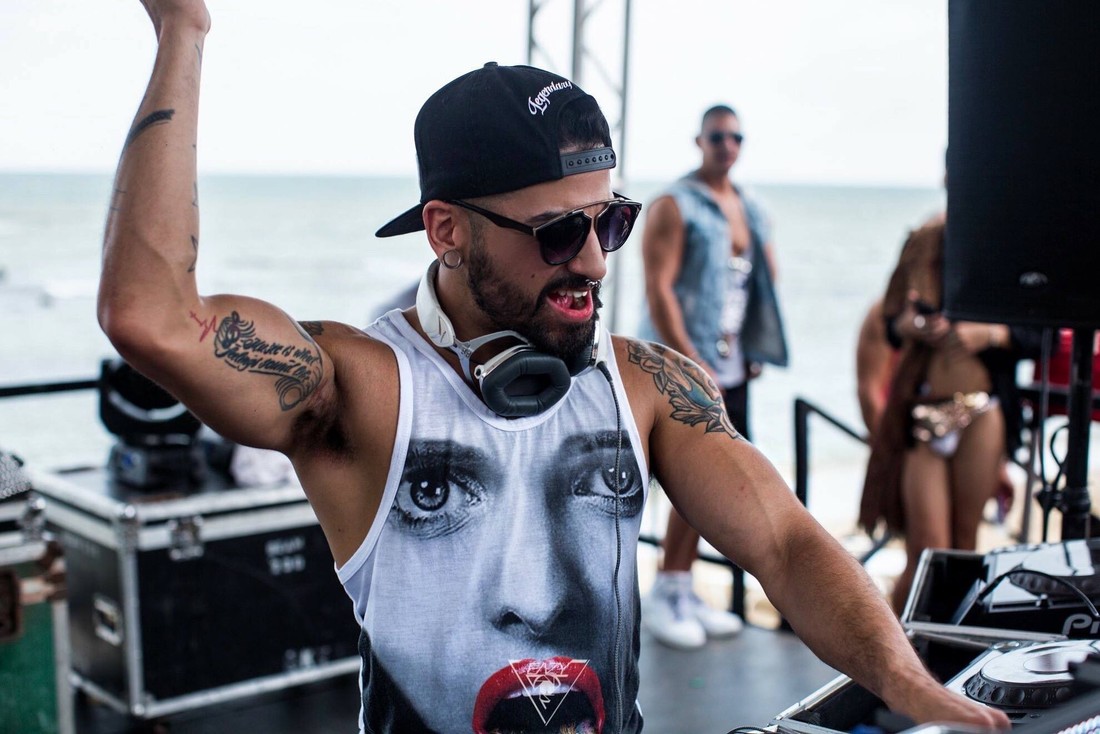 DJ Cindel, one of the producers for the upcoming H20 Festival Puerto Vallarta, is admittedly excited and proud for the inaugural event that has the LGBT community abuzz: 3-days, 6-parties and 12-DJs.

Start prepping that beach body now as the H2O Festival is March 27-29 in sun-filled Mexico, and attendees are expected from across North America and beyond.

"This was simply an idea and dream that turned into reality," said Cindel, who lives in Chicago. "Producing an event of this magnitude is not an easy task, especially (at) an international (destination) where rules, policies and laws are completely different than ours here in the U.S. It was a challenge we took upon ourselves and the response so far has been overwhelming. I have to thank Mark Liberson for believing in me and allowing me to be a part of his vision and for all of the opportunities he has given me."

The Saturday night partying starts at 7 p.m. On Sunday, the festivities begin at 5 p.m.

"I am most excited about any future opportunities that will come after," the Festival ends, Cindel said. "I am super excited to see what we are capable of presenting and those who attend."

Other confirmed DJs include Dan Slater, Nina Flowers, Alex Acosta, Joe Gauthreaux and Kardona, among others.

"I look forward to hearing all of them," Cindel said. "We were not only careful, but strategic, in selecting our lineup, which is top of the line. All of our DJs (have) different qualities that make them unique and they all bring a different sound that (blends into) the event they (are spinning at). I can't wait to dance my *ss off.

"You can't go wrong with a weekend full of music, hot boys, great weather and THE BEACH! Puerto Vallarta is not only affordable, but also very LGBTQ-friendly."

Several legendary performers and sexy dancers will be in the spotlight at the H20 Festival, organizers confirmed. Names are forthcoming.

"The H2O Festival will be filled with nothing but the best in our industry," Cindel said.

Funniest thing you've ever seen on the dance floor: "In my 13 years as a DJ I have probably seen it all, but the funniest thing was finishing my set one night and seeing someone still dancing as if the music was still playing. I guess he was truly feeling it."

Eating: "I am so focused on what I am doing that I don't even get hungry. However, I (will) never say 'No' to tacos."

Bathroom breaks: "(As the DJ), it is such an adrenaline (rush), I literally hold it in until I feel I'm about to explode. Then I pick a longer track that allows me enough time to run to the toilet."

If not a DJ: "That's hard to answer because I couldn't see myself doing anything else, however, I would probably be a veterinarian."

Dream DJ gig: "To play at Tel Aviv Pride. Not only is it a place I'd like to visit one day and learn more about, but being able to bring my sound there would be a dream come true."

As a DJ in Chicago: "The absolute best! Chicago is home to house music and I am always thrilled to play in my hometown."

As a DJ in Chicago compared to elsewhere in the world: "Chicago has its own vibe. Our city is filled with love for house music and what it represents. I love having options and being able to do my thing."

Advice for an aspiring DJ: "Take your time, learn your craft, respect and honor those who paved the way and reach of the stars."

Little-known fact: "I used to sing when I was younger in my dad's band."

Even my close friends might be surprised to know: "I've never seen any Star Wars movies, purposely."

It's a fact: DJ Cindel holds residencies in Chicago at Hydrate Nightclub once every two months, as well as New York City for Meat Party, Atlanta for Xion and Heretic Club, Boston for Legacy, LA for Reload after hours and Toronto for Prism.

Upcoming: DJ Cindel will be at Hydrate Nightclub on Saturday, Feb. 1, and back at Hydrate for House Collective on Feb. 16.

First DJ gig: "My very first time in a DJ booth was in 2006 at now-closed Spin Nightclub (in Chicago). I was given the opportunity since I worked as a barback at the time and had expressed interest. I eventually went on to have my own night there every month called Dance Factory."

Looking back: "I have grown so much, personally and professionally. My sound has not only continued to evolve but also gotten better and more solid. It represents entirely who I am as a DJ."

For more information on the H2O Festival, go to: h2ofestival.com