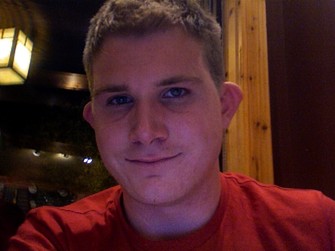 I grew up in a small town in southern Indiana. I've been out with my parents, family and friends since the 8th grade. Everyday I discover something new about myself, about what it means to have pride. For me gay isn't a scene, it isn't something you conform to, it's just a simple action of who you love that is outside the norm. I think that it takes an immense amount of courage to be true to yourself and to love someone of the same sex. Some may think of me as a gay snob, but I consider the love between two people of the same sex stronger than any other, because its different, it takes more courage and it must endure a hell of a lot more pain than what is considered "normal".
I started working with Chicagopride.com team in the winter of 2009 after I lived in Chicago for 6 months studying entrepreneurship. I am honored to be a part of their team; they are truly a force of integrity amongst our community. I currently write the Chicagopride Fitness Column while I finish school in southern Indiana. I look forward to being on their team full-time when I graduate college and move to Chicago in the summer of 2010.

Don't let being gay seem like a mistake, you are beautiful and being gay is a blessing. Reach into your heart and you will find a infinite source of pride that can conquer any obstacle that in your way. This is a sense of pride many don't have any reason to recognize.

I'm a student living between here (Chicago) and southern Indiana until I get out of school and make Chicago my home. I'm young, confident and creative. I push boundaries in myself and around me constantly.

Likes: Confidence! Intelligence and a heart the size of...Alaska! Someone who understands the importance of keeping your body healthy. Healthy living, no fear of not fitting molds, extroversion, compassion, passion, people who do more than just work in a retail store. Success in its many many forms. Someone who has been thrown through the ringer a couple times and refuses to give up on anything. Good taste in food, music and literature! Finally, Dark Chocolate.

Contact. (CARL SAGAN IS THE MAN) What the !#@$! do we know. Moulin Rouge. Cloverfield. Run Lola Run. Borat. The Fountain (horrible movie but deep stuff). V for Vendetta. Children of Men. Brokeback Mountain.

EVERYTHING! Well... no nothing living and no insects. Generally, nothing with eyes still attached.

On The Matter Of Destiny: Choices And Hardwork

Children Of The Sky

Anthony? Did I miss somethinG?

im gooood.
ha your really cute : )
what do you do?

It was great to see you on NYE...even if you did 'retire' early...come back and see us soon

Evereyone loved the soap Jimmy! Good work! I hope this finds you well in sticks-ville!