The man behind Little Men: an interview with Ira Sachs 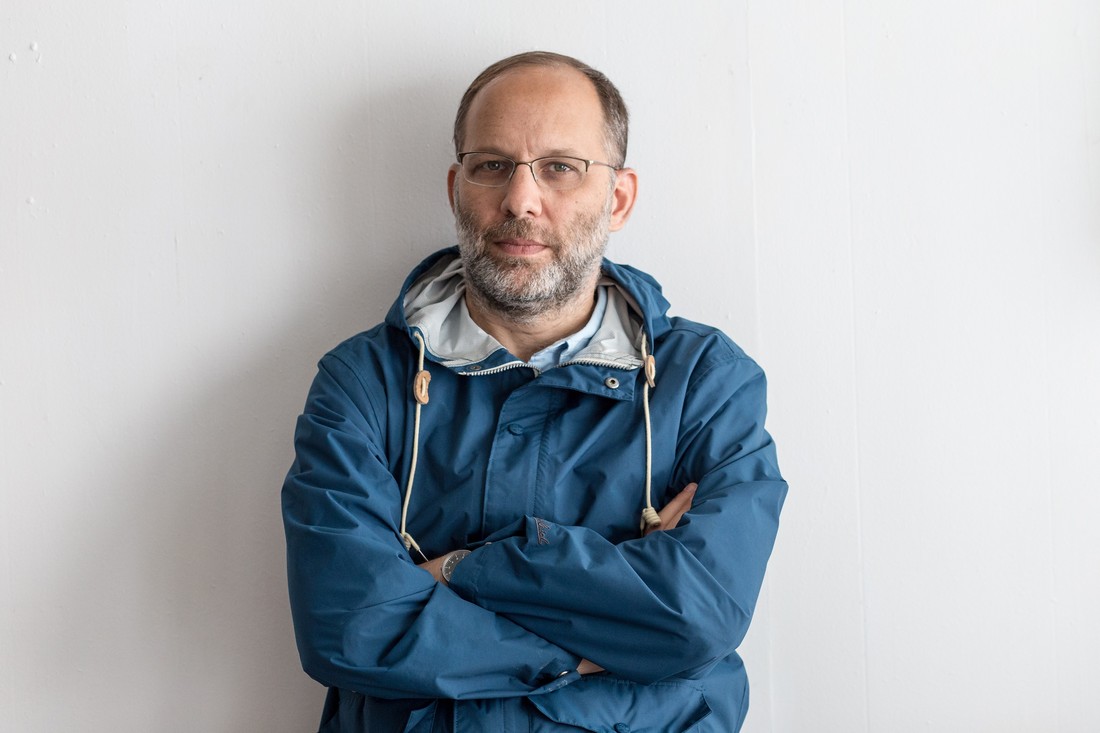 When all is said and done, 2016 may be remembered as a year of some of the best independent films in recent memory. Movies such as Indignation, Captain Fantastic, The Lobster and Love & Friendship are garnering rave reviews from audiences and critics alike. The same holds true for Little Men (Magnolia), the latest from gay filmmaker Ira Sachs (Love Is Strange, Keep the Lights On). The third installment in Sachs’ New York trilogy, the titular Little Men are Jake (Theo Taplitz) and Tony (Michael Barbieri), a pair of pre-high-schoolers who become close friends under stressful circumstances in Brooklyn. As the strained relationship between Theo’s parents Brian (Greg Kinnear) and Kathy (Jennifer Ehle) and Tony’s mother Leonor (Paulina Garcia) edges closer to the brink we observe the impact that it has on the boys. I spoke with Sachs about the film and more in early August.

Gregg Shapiro: The last time we spoke, in 2014 when I interviewed you for Love Is Strange, you mentioned that you and your co-writer Mauricio Zacharias had started working on the third in your New York movie trilogy, which is Little Men. Do you feel like you achieved what you set out to accomplish with Keep The Lights On, Love Is Strange and Little Men?

Ira Sachs: I do. They’re a trilogy of male relationships, in our time, from the perspective of different generations.

GS: A number of the characters in Little Men are creative people –  Jake (Theo Taplitz) is a visual artist, Brian (Greg Kinnear) is an actor, Tony (Michael Barbieri) wants to be an actor, Leonor (Paulina Garcia) is a dressmaker. Is this a reflection of your own life and the creative people in it?

IS: It is. I try to write what I know. I’m a filmmaker. My husband is a painter, a visual artist. I moved here (to New York) to be a part of a creative community and those are the experiences that I have observed.

GS: I first saw Paulina, who plays Leonor, in the movie Gloria.

GS: I was so moved by her performance. How did you know she would be right to play Leonor and what was it like to work with her?

IS: It was instinct, based on a viewing of Gloria and loving her and finding her so fascinating to watch and so emotional to connect with on the screen. I loved her performance. Mauricio and I wrote the part with her in mind and luckily she liked it. It was a risk we took which has paid off in a lovely way.

GS: Alfred Molina, who played George in Love Is Strange, returns in Little Men as Leonora’s friend Hernan. What was it about Alfred that made you want to work with him again?

IS: We had a wonderful time on Love Is Strange. We also had a great creative collaboration. I feel like we’re interested in similar kinds of movies and art-making. He told me that he would take any role that I offered him in this film. I had this part that felt right and we had a great time working together again. What was interesting was that even though he only worked for a couple of days, we really did get to collaborate. We built a character together, and I think a very authentic one.

GS: There is a scene in which Tony gets into a fight at his school while sticking up for Jake, who one of the boys refers to as “Katy Perry” in an earlier scene. Later in the film, Tony asks Jake what he thinks about one of the girls in their acting class and he says he “never thought about that.”

IS: It’s a boy who is very much still figuring out who he is. When I cast Theo Taplitz, the wonderful young actor who plays Jake, it was clear to me that I couldn’t impose upon him my own sexuality and experience. This was a kid who was not at that point yet. His future, in terms of his choices, feels undecided. I respected that. If I had asked him to play a gay kid, he would have done it. But I’m often not asking people to do things differently than who they are. He was a kid who is still very young in that realm.

GS: Do you think that Jake is in love with Tony?

IS: [Long pause] No, I don’t. I feel that they have a very romantic friendship which reflects, in many ways, my own adolescent friendships, which were passionate and joyous, but they were not charged physically. My experiences, in terms of discovering sexuality, were outside the realm of my school and my friends.

GS: Speaking of the boys, as with Love Is Strange, you are again working with young actors, in this case Taplitz and Barbieri, both of whom are making their full-length feature debuts in Little Men.

IS: They’re two of the best actors I’ve ever worked with [laughs], to be honest.  And easiest, as well, because it felt very free on set. For the two of them, I think it felt like “Film Camp 101.” They had so much fun jumping into the world of the film and the world of movie-making. Michael just came off of seven weeks on Spiderman; he’s got a lead in the new Spiderman film. He’s had quite a year.

GS: The scenes in the boys’ acting class, as well as Brian’s rehearsals for and performance in The Seagull made me wonder if you were making a comment on actors and acting with this movie.

IS: It probably comes more from experience. I grew up in Memphis, Tennessee and I was involved in a children’s theater there. I was a theater kid. That community of children was probably the most diverse and integrated that I’ve ever experienced. There was a sort of utopian possibility at that children’s theater that I feel is very connected to being young. When you’re a kid, you don’t notice differences in the way that you begin to as you get older. I think that may be one of the tragedies of the film is that suddenly there are divides.

GS: One of the central themes of the movie is communication which comes up in a variety of ways, including the passive/aggressive way that Brian and his sister Audrey deal with Leonor, the bilingual interactions with Leonor and Tony, as well as when Jake and Tony refuse to talk to their respective parents. As a filmmaker and a writer, please say something about the significance of communication.

IS: I will say that there’s mid-career retrospective of my films at the Museum of Modern Art here (in New York), right now. They’ve titled it “Thank You for Being Honest,” which is a line from Little Men. The boy (Tony) says it to the girl on the dance-floor.

GS: When she rebuffs him.

IS: Yes. To me, honesty and the difficulty of honest communication are at the heart of both my life and my movies. You look at Keep The Lights On and I think it’s an entire film about two men who can’t say the truth to each other, and the world of which they are a part. The difficulty of being yourself. That is very much the conflict that Greg Kinnear’s character Brian experiences in this movie. He wants to be the good guy, he wants to be a good father, he wants to be a good neighbor, and he’s in conflict around all these things.

GS: You have a history of making serious films. Do you think you have a comedy in you?

IS: I actually feel that all drama has an element of comedy in it. I feel that more with these recent films certainly than with my earlier work. I think there’s a lot of comedy in Love Is Strange and Little Men. A great deal of that I learned from writers like Chekhov who called his plays his comedy even when they touch on tragedy.

GS: Finally, this is my fourth time interviewing you, and as I always ask you at the end of our interviews, have you started thinking about or working on your next film project?

IS: I’m actually deep in the process of writing a script with Mauricio about Montgomery Clift for HBO. We’re writing a film for the actor Matt Bomer about the life of Montgomery Clift. Our next project is a limited series that we’re writing for Paramount based on a book that just got published yesterday, which I highly recommend, that I think your readers would like, called Christodora by Tim Murphy.

GS: What a small world! I’m currently reading that book. I’m going to be on a panel with Tim Murphy at the OutWrite DC literary festival on August 6.

IS: That’s great! That’s so funny. I’m adapting Christodora for a mini-series. Tim and I have lived in the same New York for 25 years. It’s a book that I relate to intimately, about this city, specifically the East Village from the eighties to the near-future. That’s the same journey I’ve shared in New York. It’s another New York story.