I was a 12 year old kid in Northern Idaho listening to Billie Holiday and Lena Horne and Sarah Vaughan and Nat King Cole. 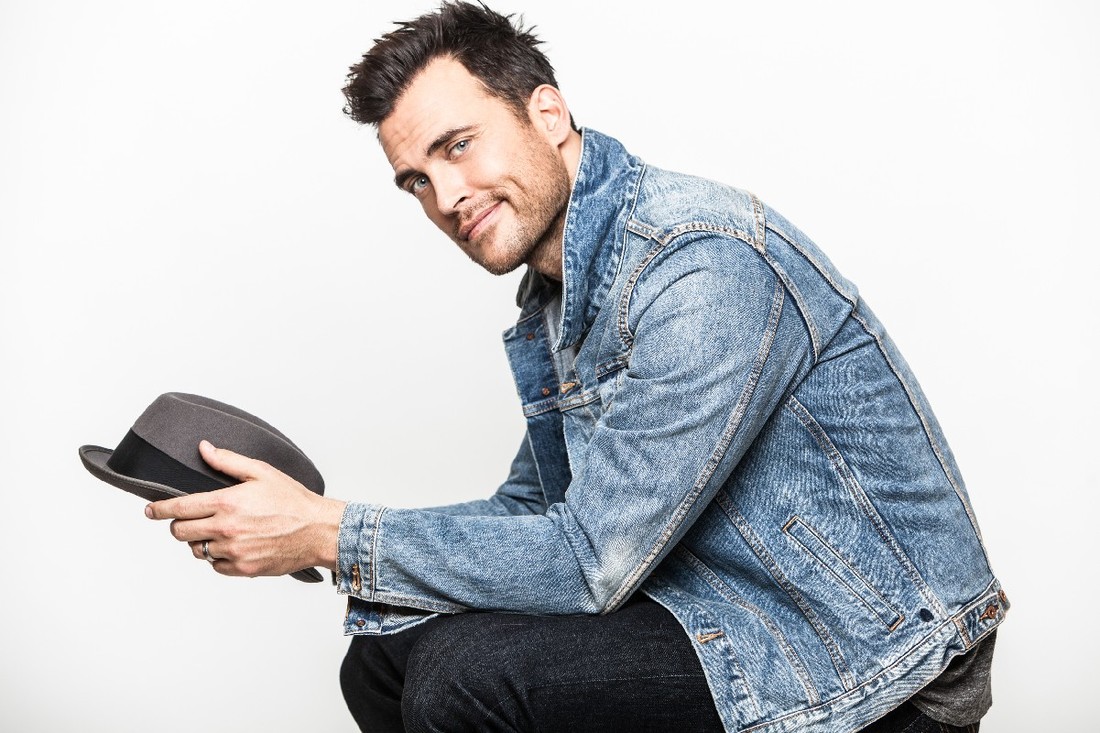 There’s no denying that Cheyenne Jackson has it all. He can sing, he can write songs, he can dance, he can act (comedy and drama), and he’s a fine specimen of male beauty. He’s also an exceptionally nice and funny and smart guy. On his new album, Renaissance (PS Classics), some of which is drawn from his one-man show “Music of the Mad Men Era,” Jackson perform stellar renditions of classic tunes such as “I (Who Have Nothing),” “A Change Is Gonna Come,” “Feeling Good” and “Besame Mucho,” as well as the original “Red Wine Is Good For My Heart,” to name a few. I spoke him about the disc and more in June 2016.

Gregg Shapiro: Your new studio album Renaissance is adapted from your one-man show “Music of the Mad Men Era.” With so many great songs from that period from which to choose, what was involved in the process of selecting songs for the show and, by extension, for the Renaissance disc?

Cheyenne Jackson: It's true; there are so many songs from that era that I love. I was a 12 year old kid in Northern Idaho listening to Billie Holiday and Lena Horne and Sarah Vaughan and Nat King Cole. This whole genre of music is a part of who I am. Yes, it was difficult to choose. Initially, in starting to pick the songs for the live show, it was really a matter of picking songs that I loved over the years. As far as the album goes, it happened very naturally. Over the last two and a half years I’ve been touring in different venues – from clubs to huge performance halls. You sing songs hundreds of times over and over, but certain ones just morph and naturally, as you age and get life experience, take on a different form as well. When I was looking at songs for the album, I thought, “Which are the ones that connect with me the most? What do I think would work in album form?” Almost all of them I’ve done in shows. Only a couple (of them) are new. That’s how it happened.

GS: A trio of early `70s songs – Joni Mitchell’s “A Case of You,” Leon Russell’s “A Song For You” and Elton John’s “Your Song” – can be found near the end of the disc. What was the appeal of these songs for you?

CJ: I grew up listening to Joni Mitchell’s version of “A Case of You.” My mom was a huge Joni Mitchell fan. Joan Mitchell, Joan Baez, Judy Collins – that was my mom’s era. I came upon Diana Krall’s jazz arrangement of “A Case of You” several years back. I’ve always wanted to pay homage to both her version and Joni’s, and by proxy, my mom. She’s the one that introduced me to that music. I’ve been doing that (song) over the years in concert, but I wanted to cement it with an actual studio performance. “Your Song” is kind of the same thing. I’ve always loved Elton John and that is one of my favorite songs by him and Bernie (Taupin). The American songbook is ever-expanding and I feel like it works well with what I was trying to say. This was the first time I ever sang “A Song For You.” I’ve always loved it. I love Donny Hathaway’s version and I’ve loved subsequent covers of it. Looking at the original lyrics as I was preparing it, I thought, “Wow! I feel like it was written for me.” That’s what a great song does. You don’t have to do a lot of homework. You can just say the words and it springs to life.

GS: The CD booklet contains a delightful Tina Fey quote. Do you have an especially fond memory from when you were playing Danny Baker on 30 Rock?

CJ: There are so many! It was so much fun to have my very first TV (performance) be the holy grail of comedy, in my opinion. Alec Baldwin and Tina Fey! A highlight would definitely be the episode where Tina and I were secret boyfriend and girlfriend. We had to keep our shenanigans on the down-low. She had all of these fetishes and she would dress me up as all of her childhood crushes. I was the guy from CHiPs and then I was Grizzly Adams. It was hysterical. We got to make out. It was really crazy, fun television.

GS: Speaking of 30 Rock, Jane Krakowski, who played Jenna on the show, joins you for the “Something Stupid” duet. Please say something about working with Jane.

CJ: I love Jane. Jane’s been a dear friend for maybe a dozen years. We’ve worked together on many shows and concerts and readings. We did Damn Yankees together and then we did Xanadu. Jane did all the workshops of Xanadu before it moved to Broadway. She’s hysterical and our voices blended. We had a similar sensibility. Then she shot the pilot for 30 Rock and the show got picked up and she couldn’t carry the show (Xanadu) over to Broadway because of her commitments. Jane’s a pro, she’s fun, she’s classy and old school. I love her dearly.

GS: Is it just me or was there something creepy about the Frank and Nancy Sinatra duet of “Something Stupid”?

CJ: [Big laugh] I’ve thought about that, too. I kind of suspend disbelief. That was a little “huh”?

GS: The disc also contains an original song co-written by you and Michael Feinstein, “Red Wine Is Good For My Heart.” How did that come about?

CJ: A few years ago, when I was writing songs for my first album, I was staying with Michael Feinstein as I often did. I was working on a pilot. My grandma was very sick at the time. She died of complications from alcoholism. She always used to say [in his grandma’s voice], “Red wine is good for my heart. That’s what my doctor said.” And we’d say, “Yeah, but not for breakfast.” Unfortunately, it was the thing that killed her. I felt inspired to write a song about her and what that meant for her life and for all of us. I was writing it in Michael’s house. He came downstairs and I was at the piano. I said, “Hey, do you want to finish this song with me?” I was having trouble with the bridge. He popped in and it became this great thing. It’s an emotional moment when I do it onstage. But I really like the melody and people respond to it. I decided to put it on the album, too.

GS: Cheyenne, please say something about the significance of your ink, some of which can be seen in the CD booklet photos.

CJ: Over the last three or four years I’ve gotten different tattoos for different things that were important to me. I got sober a few years ago and went through some big life changes and really wanted something to mark these events in my life. My very first tattoo was for my dog, Zora, who died in my arms in New York. Right where her heart stopped beating I got a “Z”.

GS: Lastly, we are speaking a little over week after the Orlando massacre, which made me think of your character Michael in Six Dance Lessons In Six Weeks, who is seeking a sort of retribution from the widow of a homophobic preacher. Can you please say something about that character and also about what happened in Orlando?

CJ: I’ve just been devastated, like so many people. I didn’t really leave my house for three days afterwards. I was glued to CNN. Like many people, feeling powerless, [asking] “What can I do?” I’ve been drawing strength from speaking to other people who are feeling the same way. Donating money and loving people and having great, deep conversations. [Sighs] It’s been a rough time. It was a horrible thing. Michael, from Six Dance Lessons…it’s funny because I didn’t make that connection until you said that. He was somebody who had a lot of self-loathing; being a gay man who lost his family and felt ostracized. It was an interesting character to play. He was so bitter and jaded about life. Even though I’m not like that personally, everybody has a side of themselves that tends to look at the negative side of things. He was an interesting character to play.