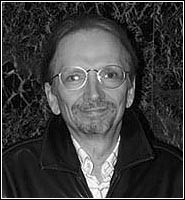 This month, in preparation for Pride Month, ChicagoPride.com received the opportunity to interview one of Chicago's most significant contributors within the gay, lesbian, bisexual and transgender community, Richard Pfeiffer.

Richard Pfeiffer has been involved with PRIDEChicago since its inception. Having organized dances, rallies, workshops, etc. and facilitating the annual Pride Parade. He first became involved in the community in 1970 and eventually became president of three organizations: The Chicago Gay Alliance (which operated the city's first gay community center), Horizons Community Services, and the Gay Activist Coalition of Loop (now Harold Washington College).

He founded the Gay Speaker's Bureau, also a gay couple's networking group, and was a facilitator of a class in Chicago Gay History for Lavender University, a 1970's instructional group.

He was a volunteer writer and columnist for the now defunct Chicago Gay Crusader and Gay Life newspapers. In the 1980's he received awards for community service in the [gay] Metropolitan Business Association and Gay Chicago Magazine.

In 1993, he was inducted into the City of Chicago's Gay and Lesbian Hall of Fame.

Richard was also a member of the mayor's Advisory Council on gay and lesbian issues from 1985 to 1994 under three different mayors.

A resident of east Lakeview, he lives with Tim Frye, his life partner of 33 years.

CP: This year (2005) marks the 35th year for the Pride Parade in Chicago, which means the first Chicago Pride Parade was in 1970, correct? How many people participated in the first parade and what was the route?

RP: The first parade in 1970 was actually a "march" (no floats, etc.) that contained approximately 150 people. It started in the mid-north area and travelled down to the Loop.

CP: Have you attended every single Pride Parade in Chicago over the last 35 years? Did you participate in the first parade? If not, when did you begin to take an active role in the planning process/committee?

RP: I have been a part of all the parades except one. During the first parade in 1970, I was on the sidelines. I was in the process of coming out of the closet---and in that era, didn't have it together enough to actually participate. I began taking an active role in the coordinating process of the parade in the third year.

CP: You've had such an impressive record of service to the community! Can you share one or more driving reasons which has given you the strength to remain so committed to the Parade?

RP: I've been involved in several community organizations over the years including Horizons Community Services, Gay Speakers Bureau, Gay Alliance, two campus groups, as well as a past member of the Mayor's Advisory Council on GLBT Issues under three different mayors.

I've stayed committed to the parade because as a young closeted gay man in 1970, the parade helped me to come out. I saw a large group of people willing to come out, march, and be open and proud.

Remember, this was 1970, long before the Human Rights Ordinance was passed, long before openly gay athletes, entertainers, and politicians......This was a totally different world, than today. The parade is still important for people---whether a person is just emerging from the closet, or has been openly gay for a long time. The parade is both, a social and political event that gives many people a sense of community----and it also shows our similarities and differences at the same time.

CP: Things have really changed since the first parade, last year an estimated 400,000 people watched as 200 plus entries marched, making it the second-largest parade in Chicago. The Pride Parade has become a "must see event", even for the mainstream. How have you seen attitudes changed toward the parade over the years?

RP: Over the years attitudes have changed, but so has the parade in Chicago, as well as other cities. The early parades had a lot more of what some people used to call "visually sensational elements."

Although it still has some of those aspects, it has become more mainstream because the GLBT communities have also become more mainstream over the years. You have openly gay lawyers, doctors, plumbers and streets and sanitation workers marching side by side. There are also gay parents, as well as parents of gays. However, there are still colorful costumed entries that are part of a lot of community parades. It's a blend of both the social and the political.

CP: The general acceptance of gays and lesbians in today's society seems to correlate with pride parades and other pride events, making them a very important part of LGBT history. Can you tell us about one event or year when you noticed a significant shift in attitude toward the parade?

In 1982, a group of anti-gay Neo-Nazi's decided to protest near the parade route. (They didn't believe that gays had the right to march in the streets). This angered the GLBT communities, so more people registered for the parade that year---in fact, entries almost doubled. Spectators also increased dramatically. There was also increased support, beginning that year, from our non-gay (straight) allies who participated in the parade to show their support-----and that has continued over the years.

In 1983, former Mayor Jane Byrne was the first "major" political figure (at that time) to participate in the parade. She had just lost a hotly- contested mayoral race where she had received some support from the GLBT communities--and she wanted to show her appreciation. This may not seem like a big thing today, now that dozens of politicians participate. But until that year, only an alderman and a state rep had participated. As soon as it became public that she was participating, more than a dozen politicians from every level of government began registering for the parade, continuing a tradition to this day.

CP: What message do you feel the Parade communicates?

How has this message changed since the inception of the parade?

RP: It may seem simplistic to say it this way---but the parade communicates different things to different people.

It also means different things to different people as well. It's political and social at the same time.

To non-gay (straight) people it shows that we are everywhere----that we are your neighbors, your co-workers, your best friends and your family members. Today in big cities, this may seem obvious to some people, but in middle- America this is still a political statement.

For GLBT'S just coming out, as well as for those who have been out for a long time, the parade still gives a sense of community and sheer numbers.

That message has remained constant since the beginning. What has changed is the sheer numbers of people publicly coming out, being open and proud. Another change is the increasing support of non-gay (straight) allies who participate to show their support.

CP: The 2004 parade fell just days after the Supreme Court struck down a Texas state law banning private consensual sex between adults of the same sex. The mood was especially energized and some dressed as Supreme Court justices and marched with signs touting the historic decision. Through the years, one would imagine you've seen history unfold. What is one of your personal fondest memories of the Parade?

RP: Two pop into my head (in no specific order):

The first was in the 1970's when PFLAG (Parents & Friends of Lesbians & Gays) participated in the parade for the first time. Spectators, (some of whom had been rejected by their own parents) were applauding so loudly that it reverberated up and down the parade route as they proceeded down the street. In a few cases, some of them came out into the street in tears, to hug the parents and thank them for supporting their children and being in the parade. It was a very moving moment.

The second was in the 1980's when the AIDS crisis first hit. The best moment was when several organizations of people with AIDS first participated in the parade. As they came down the street there was a hush - then all of a sudden there was a wave of applause up and down the parade route. It was a very moving moment for parade participants as well as spectators along the route.

CP: I know this might put you on the spot, but do you have a favorite entry?

RP: I would be in trouble if I answered that question!!

CP: As the parade remains a relevant part of LGBT history, is there any advice you'd like to impart to future generations?

RP: To continue to come out, be proud and march in the parade!