Face to face: an interview with Michelle Chamuel 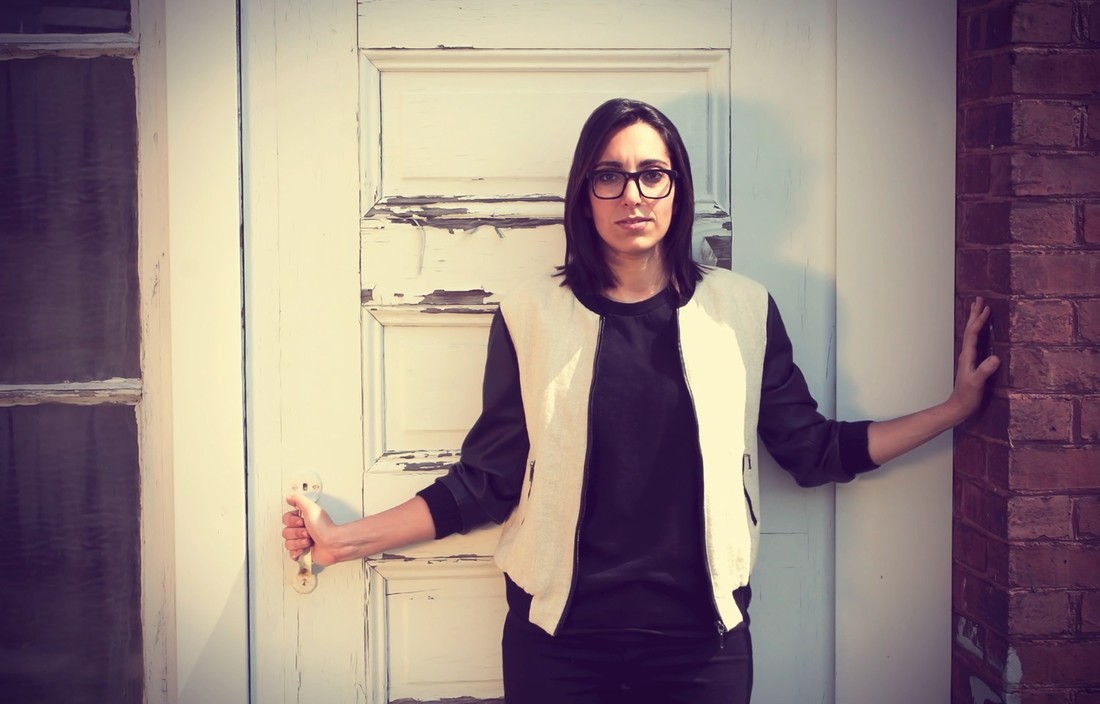 If you’re hoping to catch out singer/songwriter Michelle Chamuel playing songs from her new album Face The Fire (The End Records) in concert, you’re going to have settle for watching clips of her on YouTube. As she puts it, “Even though the thing that most people know me for is performance, I’m more of a person who works in the studio with production and sound generation. I just did a tour. I don’t play out on the road that much.” But don’t give up hope. According to Michelle, live shows are “going to happen a lot less” than “one-off performances here and there.” It’s because she spent so much time in the studio getting the sounds the way she wanted them, that for her, the studio was “where the performance was.” This, of course, makes the experience of listening to Face The Fire, an album that burns with electronic goodness, dance-friendly beats and Chamuel’s trademark powerhouse vocals, that much more special. I spoke with Michelle about the album in February 2015.

Gregg Shapiro: Michelle, I first interviewed you in 2010 around the time that your former band My Dear Disco played Lollapalooza. Is there one distinct memory from that experience that you would like to share?

Michelle Chamuel: That was such a great experience! We’d never been to such a professionally run festival; just the culture of a festival in the middle of Chicago with all types of music. The way it was run was incredible. When you’re a kid and you go to Disneyland or Disneyworld and you’re so pumped and then you go when you’re grown up and it’s not as much fun as you remember it. For us, Lollapalooza was the new Disneyworld. We had a pass and could go anywhere. We were meeting all of these musicians. Everything was cool.

GS: When did you know that it was the right time to leave My Dear Disco and strike out on your own?

MC: My Dear Disco used to be seven people and then it went down to five, but there were three of us running it. It was like a three-headed beast at that point. It was a crazy environment. You had to get everybody to like what you were doing or you had to fight for what you wanted or might worry that somebody else would write a part because everybody was multi-instrumental and then you would be obsolete. We all loved the crap out of each other. It was an interesting collaborative environment in which to cut your teeth. But at this point we had honed in on three people – me, Tyler (Duncan) and Bob (Lester) -- running what was happening. Even then, all of your visions were different. The writing process wasn’t fun anymore. We needed new music and we just couldn’t get it done. Tyler and I wrote a bunch of songs for the band. We were about to go to rehearsal and Tyler and I were on the phone when we realized that we were about to be too bossy, saying “Play this this way or we wrote this this way.” We just didn’t feel great about it. We knew what was happening. The band was ending. We didn’t write a My Dear Disco album. We wrote a different album that wouldn’t make any of us happy. Instead of having a band meeting, we dissolved the band. Right after My Dear Disco ended, all of these projects started blossoming. Bob has a DJ project and he collaborated with our lighting designer Buddy and they went on tour for a little bit. Tyler and I released an album. (Mike) Shea had played with Bob for a while. I think that the second there was no more core to guide it and we all got to express ourselves, it needed to end.

GS: “The Fall” is an effective break-up song on your new solo album Face The Fire. Did this sentiment come from personal experience or is it based on the end of someone else’s relationship?

MC: It is somebody else’s story. But the way I work with music is that I take on the story. I wrote the album with Tyler and Theo (Katzman), and that nugget started with Theo, I think.

GS: On the flipside, “Made For Me” is an exhilarating love song. Was this song written based on your own experience?

MC: Yes. I wrote a song in two days for Valentine’s Day. A little thing to put on (the music streaming site) Bandcamp, drawn from my own experiences of the past year.

GS: With same-sex marriage on everyone’s minds, as a queer singer/songwriter, what would it mean to you to have “Made For Me” become a staple at same-sex weddings?

MC: I would love for it to be a staple of love, period. It wasn’t crafted with that in mind. I was just writing my own feelings. I just wrote a love song. Writing “Made For Me” in my living room, I’m just talking about someone, who just happens to be a woman. I’m not trying to short-sell my ability to change things. It’s a love song that I wrote and I hope it does a lot of good.

GS: Do you play the lottery as you sing in the song “The Lottery,” and if so, have you ever struck it big?

MC: [Laughs] I actually don’t play the lottery. That song started with Theo and Tyler.

MC: The way Theo, Tyler and I work is that we bring a bunch of different ideas to the table. We have way more than we need. Whichever ones start fleshing out quickly become songs. We only had about two weeks to write all of them and flesh out the production ideas and lay them down. We had a bunch of demos. Then I saw The Lego Movie and there’s a scene where everybody is dancing at the Cloud Palace. I realized that I felt we didn’t have a song that I could develop into something that made people want to dance in that way. Most pop albums I was looking at as examples to point out production elements had a song that made you want to dance. I’ve been listening to electronic music forever and I just wanted to have something dancey.

GS: Did you ever consider including any of the cover songs you performed on The Voice, such as “I Kissed A Girl” or “Call Your Girlfriend” on Face The Fire?

MC: No. I think part of the reason it’s taken me so long to put out a record after being on The Voice is I’m trying to figure out what I want to say. Let’s forget that The Voice happened for a second. If I wanted to make a record to represent myself, I wouldn’t put any (covers on it). The way those covers were done – I had three days to put together a cover. The way I related to those songs was relevant to what I was doing at that time. Then The Voice records them for you, for themselves, for all of us and releases their own album. Anyone that wants something from the show can buy it on iTunes. It felt like I had firmly put a period at the end of that sentence of those tunes and that performance. I tried to do a fun cover of “I Kissed A Girl” for the tour and I couldn’t. I had already said everything I could with that song.

GS: The last time a female singer/songwriter’s eyeglasses got so much attention, it was the 1990s and that singer/songwriter was Lisa Loeb. Is there a particular designer whose eyewear frames you like?

MC: I haven’t spent a lot of time looking at eyewear. I got these online. I ordered a bunch of different glasses. When you order them through this company, you can’t try them on first. These were the ones that fit best. If you watch the show (The Voice), everyone who wears glasses (onstage) eventually takes them off. It becomes part of the evolution. It was actually kind of a battle for me to keep my glasses. Once they got on board with me wearing glasses, they kept trying to give me new glasses every week. I tried it a couple of times and it just made me nauseated. Especially with my prescription, I have really bad eyesight, and really strong glasses. I’m just going to put the blame on the glasses [laughs]. You can’t just mess with somebody’s prescription, and I really like wearing glasses. It’s my eyesight and I don’t want to mess with that.