Scott Silberstein: You want to see what happens when people embrace the arts for the greater good? Go see Dance For Life.

You want to see what happens when people embrace the arts for the greater good? Go see Dance For Life. 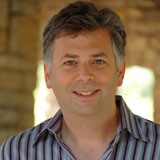 The Emmy-award winning director talks about his latest project, Dance For Life: The Documentary.

Recently I had to pleasure to speak with multi-Emmy winning director Scott Silberman regarding his latest project, Dance For Life: The Documentary. Scott, who is also co-founder of HMS Media, discusses how the documentary came to fruition and the emotional connection he has with the material. Dance For Life turns 20 this year will be performed August 20th at the Auditorium Theatre at Roosevelt University.

Dance for Life: The Documentary will air on Thursday, Aug. 11 at 10 p.m. on WTTW 11. The documentary will be rebroadcast on WTTW 11 on Saturday, Aug. 13 at 4 a.m., and on WTTW Prime on Friday, Aug. 12 at 4 p.m. In addition, the film will be available On Demand to Comcast subscribers through the end of August.

For more information on the August 20 gala and to purchase tickets to Dance For Life please visit www.danceforlifechicago.com.

Michael: Thank you for taking the time for this interview. How did Dance For Life: The Documentary come about?

I've been talking about a Dance for Life documentary with Keith Elliot and Harriet Ross since 1994. Coming off our first two documentaries – a social issue piece on rape and sexual assault called "Why Am I Hiding," and our first dance special, "Reality of a Dreamer: River North Dance Company," we felt we had found our calling – to tell stories about the arts and social issues that could shine a light on people, and our city, and our society as a whole – and on certain aspects of our world that didn't have enough light on them yet. We saw a tremendous response to our first two docs, in the form of Chicagoans reaching out and acting in such positive ways, and saw in Dance for Life the opportunity to try to make our world a little more enlightened, communal and beautiful. Although the timing wasn't right for a TV project, we've been supporting Dance For Life in a variety of ways ever since, and been witness to its growth. As the 20th year approached, Patti Eylar and I began talking in detail about what Dance For Life has accomplished, and what potential it had yet to reach – we both felt there were ways to touch people beyond those that came to the once-a-year performance, and that one of those was a media initiative that involved a special for WTTW and a series of online pieces to accompany and augment the broadcast.

Michael: How long did the filming and interview process take for Dance For Life: The Documentary?

Scott: We began shooting with the dance companies in rehearsal during the summer of 2010, and then started documenting the creation of Harrison McEldowney's finale when rehearsals for that started in late July. These were both major through lines in the doc. Then we shot the performances at the Harris during Dance For Life 2010, in a remarkable day that still boggles my mind when I think about it. My HMS co-founder Matt Hoffman and my incredible camera team shot each piece during a run through in the afternoon – one pass only, no rehearsal, no lighting changes for the camera – so we could get great close-up angles with Steadicam, Jib and two cameras right up on the edge of the stage. Then in a matter of minutes, they reset their cameras to the sides and back of the theater and shot the whole things again in wider passes. Matt integrated the afternoon and evening passes with some brilliant editing. That was a completely mind-blowing day that worked only because the dancers, the tech crew, the theater staff, the Harris stagehands as well as my production team all gave it up to something greater than themselves. No one would have believed we – and by we, I mean all of us, every single person in the room – could have accomplished such a gorgeous shoot, but we all believed in ourselves and each other, and it worked.

After that, we shot the "storytellers" – the direct to camera interviews of the founders, beneficiaries and loved ones – that provide the narrative for the piece. At that point I enlisted the help of my amazing associate producer Catherine Haremski, who screened everything with an objective eye and worked tirelessly to fashion different ways we could tell our story. She was beyond instrumental in bringing my vision to life.

We screened the rough cut in May and fine-tuned from there. So start to finish, it was about a ten-month process.

Michael: You are such a masterful director with a camera; what is your secret to having a television audience feel the same emotions that a live audience member would feel seeing the production?

Scott: All hail the guys who actually run the cameras: Matt Hoffman, John Ford, Joe Lukawksi, Gino Russano, Greg Stasevsky and Tom Szklarski. They are not only brilliant technicians, they are also sensitive storytellers who know how to respond to movement. My contribution is to provide a framework and a context for how we're going to present dance, and how I'd like Matt (who also directed the Harris footage) and the team to approach the material within the context of a story.

I actually don't think we make television audiences feel the same thing that live audiences feel. There's no comparison between the experiences of watching dance live in a theater and watching it on a screen. TV removes the dimension of depth; what we do is acknowledge this by "reimbursing" viewers with the dimension of time. By taking them places they could never logistically get to, and showing them things it would take them a lot of time and effort to access; and then framing them within an emotional context quite specific and unique to our show, we have a shot at providing an experience they could only get by watching on TV or online. That's the key, I think – not trying to replicate the live experience, but instead trying to do something that only television can do. We try to add layers of storytelling that provide a new context for viewing dance.

Now all that said, for my money, there's no better director of dance television than Matt Hoffman, and no camera team better that the guys who come to work with us. Matt and I are both musicians, and everyone at HMS has a strong arts background apart from having their tech skills. I think this helps inform our approach to working with the dancers and all the associated artists, as well as our approach in the edit suite. We believe that dance is simply what music looks like, so as musicians he and I connect to dance in a very specific and organic way. It's never about shots of pretty people; it's about responding to the movement in a lyrical, rhythmic way that compliments what the dance is about. Watch our camera team and you will see guys truly in the moment with the movement – honoring what the dancers are doing and what the choreographers are intending.

Michael: What unexpectedly touched you the most during the filming of Dance For Life: The Documentary?

Scott: I can't say that didn't expect to feel touched or moved by every aspect of this project; I did. What was unexpected was the depth of feeling, which was more than I could have imagined and almost too beautiful to bear sometimes. Watching people band together, without question, knowing they were doing something good and powerful and helpful was inspiring, and was the very essence of what it means to be a member of the Chicago arts world. The day at the Harris was a revelation of the power of communion, and the single most incredible and inspiring day of production I've ever had. Again, not just our crew, but every single person having anything to do with Dance For Life can stake a claim to being an instrumental part of that day. That wasn't a day we experienced, that was a day we felt. It was gorgeous. But so was the idea that so many people would volunteer to come be "Storytellers," and share extraordinarily intimate and personally profound moments with me in our on-camera conversations. So was the incredible generosity of the funders, and the powerful conviction of the fundraisers. I guess you see where I am going with this – I knew I would find the process moving and rewarding, but I don't know that I expected to be so profoundly moved or felt so profoundly rewarded. We didn't think about what we were doing – we just felt strongly about it, and improvised together based on the feelings and convictions.

Michael: As a director, what would you like the viewing audience to†take away from Dance For Life: The Documentary?

Scott: Two things. First, in the words of the U2 song that we use as the opening and closing theme of the documentary, "we are one." We not only get to carry each other – as in, we have the blessing to do so; we've got to carry each other – as in, it's our responsibility. And a beautiful one at that – having the privilege of understanding each other, and choosing to respond by listening and heightening our collective experience in the most positive way possible is a blessing, and not a bad mission for the human race. Second, that in a world where people are questioning the necessity of the arts, one look at an event like this shows you why the arts are essential. The feelings and ideas they give us – the power they have to inform and unite – the momentum they generate to make the world the most beautiful and tolerant world it can be – that's what the arts are for, and that's why they're essential. While it's also true that they are economic winners for cities, states and national government – something that select groups and individuals won't acknowledge because they are afraid of the rallying and unifying power of the arts, and because in art there beauty and in beauty there is truth, and truth scares the hell of these people – primarily the arts bring us together, and let us understand ourselves, connect with our neighbors, empathize with those who disagree with us and challenge those who agree. The arts keep us honest, and dance, in dispensing with words, lets us look at human beings as beautiful embodiments of the dignity of lives, and of life. You want to see what happens when a group of people forsakes the gifts inherent in the arts? Turn on CSPAN. You want to see what happens when people embrace the arts for the greater good? Go see Dance For Life.

Where would you rather hang out?

I rest my case!