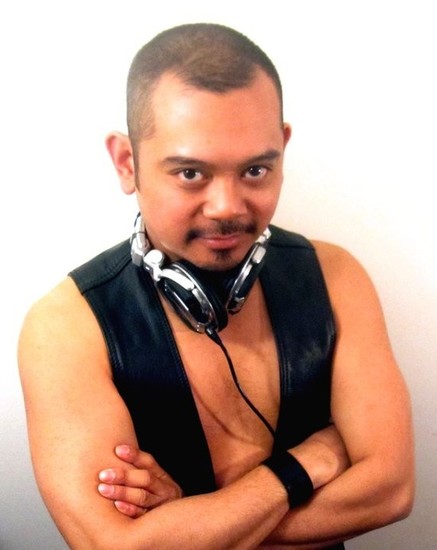 DJ Ron Geronimo has been surrounded by music most of his life and this weekend he will be spinning his "funky disco tech house rhythms" and drum beats, all while keeping his eye out for a potential significant other, at the Black and Blue Ball at Excalibur during International Mr. Leather Weekend.

GoPride recently sat down to to get a glimpse into the amazing Chicago-based DJ's life:

RMI: Hey Ron, I still remember thinking that you had music in your blood way back: spinning records after school while growing up when you were best friends with my younger brother! For readers out there who are being turned on to you for the first time at IML, how long have you been in the DJ music scene and where did you first get your start?

DJRG: Well, I came out of the womb at 126bpm, and the rest is history!

Really though, at the very early age of 11. I used to watch my older brother for hours learning how to count & match beats.

RMI: Did you have a mentor in the business?

DJRG: If by mentor you mean sugar daddy, then no. But if God is a DJ, then I guess he, she or it may have had something to do with it. But here on this planet, I have two mentors: my older brother I have to blame for getting my skills on point & I have DJ Ken-E. He took me under his wing & taught me how to program DJ sets & how to take people on a smooth "journey."

RMI: What other major events have you played?