I looked at this emotionally as a coming out tale. 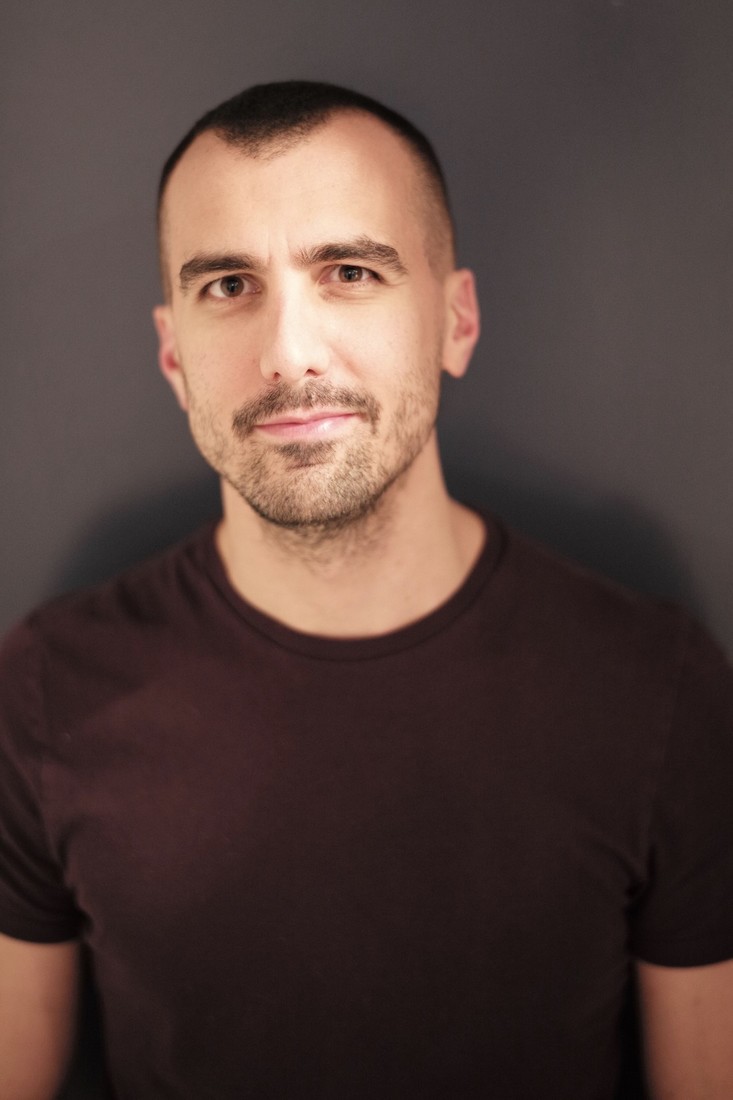 He was the script associate for the musical Sister Act and was co-writer on the reboot of MacGyver.

He directs, produces and wrote the new movie Brittany Runs a Marathon starring Jillian Bell about a woman in New York City that trains for the city’s annual marathon.

Colaizzo sat down before an early screening of the film to discuss it.

JN: (Jerry Nunn) Like Brittany in the movie, I had some cheese fries today…

PDC: (Paul Downs Colaizzo) They served them at the premiere party and the reference was totally lost on me.

JN: Have you run a marathon before?

PDC: No. I barely have run three miles.

JN: So this is not based on you running a marathon with Brittany?

PDC: It’s based on my friend Brittany. None of the scenes in the movie are a recreation of anything that happened in real life. Her journey is what I borrowed.

JN: So it was a lot of fiction writing. I wondered what was real and what wasn’t.

PDC: None of it. We lived together in my mid-twenties. I was inspired by the idea that she was going to take control of her life by pushing herself out of her comfort zone.

She started by running as far as she could to see where that took her. She set goals every day after that. I watched her evolve into this person who had discipline, structure and new sense of self, how that affected her and the world. I looked at her and thought it would be a good movie.

JN: Does Brittany have a big personality like that?

PDC: So funny, very fast, subversive and always ready to make herself the butt of a joke. That was fun, but something she decided to work on as she underwent her metamorphosis.

JN: You were her gay bestie for a long time?

PDC: No. I went to NYU. No one was straight! Then I came out and we had lost touch. I needed a place to live and she needed a roommate, so I moved in with her. At that point, I was 25 and we spent every night and day together. We worked from home, so every day we were talking about life. We had a lot of conversations that were really vulnerable and illuminating. We started looking for solutions to our problems.

JN: Was it important to you to not make the gay character in the movie not a stereotype?

PDC: The idea of the whole film is take these icons we know from American comedies like the fat sidekick or the gay best friend or the slacker and start there so the audience understands it’s a comedy and feels unthreatened by the story. Then we pulled back layers to show depth and a grounded story of humanity to these people. The audience has been teased into being endeared to them. I started by entertaining to get the guard down and continue with the entertainment. I added insight, empathy and pathos. That was the idea…

JN: It’s more than just running a marathon. How do you tell people about the movie?

PDC: It’s about a girl getting her shit together by training for the New York City marathon. The title of the movie is a full sentence so people know what they are getting into.

By the end, I am hoping with the movie and the title, people do the same thing they did with the characters and get a much deeper version than they thought. The marathon is a metaphor by the end.

JN: I felt like the movie was speaking right to me. I had just been dealing with an Adderall prescription that day.

PDC: That idea for that scene was we were poor and I needed to use a Groupon to go to the dentist and she needed a Groupon to get her hair cut. We were looking for find deals online for very basic adult maintenance. She never went to scam her way into Adderall, but it is about someone pursuing the wrong things.

PDC: Right and that’s the end of that scene where we make healthy lifestyle choices when confronted with that question.

JN: I liked the scene with the pizza with the salad next to it.

PDC: Thanks. It comes up so much. It’s such a small scene, but everybody loves it.

JN: Lizzo’s music is used in the film. Are you a big fan?

PDC: I edited that scene in January of 2018. My editor told me about a woman named Lizzo, who was into body positivity and thought I could get the song for cheap.

PDC: No, because she became Lizzo in the middle of that. I am a huge Lizzo fan now. She’s badass.

JN: You used a Steppenwolf actress for the part of CiCi that I recognized named Kate Arrington.

PDC: I saw her in their show The Qualms. She broke my heart in The Wolves. She’s incredible. When she walked into the audition I was nervous to meet her.

Rel Howery is from Chicago, too. He plays Demetrius in the film.

JN: The movie was filmed in New York and you filmed in the actual marathon there?

PDC: Yes. I was told it was the first non documentary to shoot in the marathon. They were supportive and it was a beautiful, fun day.

JN: What is the worst marathon rumor that you have heard? People say your toenails fall off or your nipples will bleed.

PDC: I don’t think those are rumors. I have heard about nipple bleeding and people that have shit themselves. Someone told me about that and I put it in the movie.

JN: When I ran the Chicago marathon I guess I got lucky. I was so emotional at the end of your movie when I thought about my friends waiting on the side cheering me on.

PDC: People write their names on their shirts and people cheer. Chicago is such a friendly city, but in New York it’s a stark difference in how people are.

JN: I just wanted to do it once.

PDC: I think a lot of people are like that. They want to have conquered something.

JN: Your movie is also about surrounding yourself with the right friends.

PDC: Yes. My idea for Brittany is a coming out story. She’s a woman not living her authentic life and not being who she is. She makes herself the comic relief and the funny sidekick, so is part of someone else’s story.

She decides to be the lead of her own story. It’s a journey I went on, she went on and everyone can go on. I looked at this emotionally as a coming out tale.

JN: This movie blew up at Sundance. What are your goals for it?

PDC: I set out to make something that would appeal to a large audience that would also inspire  and provoke conversation. I want people to feel seen and identify with the main character.

That is the structure for the identification of the film.

JN: How was Tobey Maguire as producer for the film?

PDC: He’s great. He saw a play of mine in 2013. I told him I wanted to make a movie about a marathon. He and his producer bought it off of that line.

We developed it for two and half years. I wasn’t supposed to direct it. I hadn’t directed anything, but I didn’t want this story to get ruined in the hands of someone that might make it more broad or disrespectful.

They said no about me directing, but I stated my case in a presentation and taught myself to direct.

PDC: Yes. YouTube videos, books and watching a lot of movies. I had a degree in drama and had studied directing. I had edited sizzle reels right out of college and had some sound design experience. Everything I had ever done all came together to prepare for this.

PDC: I’ve been working on a script for three years. It’s very different than Brittany. It’s a historical thriller. The common thread in what I like to do is unfreak-ify a freak.

JN: Have you used gay themes in your work before?

PDC: I wrote a pilot I was obsessed with about a lesbian in New Jersey going through gay shame in the adoption process. I wrote a play called Little Gives that was gay centric. No one ever wants to do my gay stuff!

Brittany Runs a Marathon races into Chicago theaters on Aug. 30.