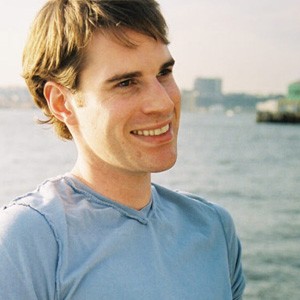 Since his much lauded 2004 debut novel, The Trouble Boy, author Tom Dolby has continued to surprise and delight readers. Boy was followed by last year’s groundbreaking anthology Girls Who Like Boys Who Like Boys that left a developing fan base clamoring for more. This year he delivers again with his new work The Sixth Form (Kensington) which is guaranteed not to disappoint. In it, Dolby creates a fascinating coming-of-age novel set in a world privilege inspired by his personal experiences in a New England boarding school over a decade ago.

Prior to the book’s promotional tour, Dolby sat down with ChicagoPride.com to discuss his new work.

PJ: How long did it take you to write The Sixth Form?

TD: The novel took me five and a half years to write, though I worked on several other projects during downtime in the process, including starting another novel and editing an anthology of essays.

PJ: Your new book delves into the lives of students at an Eastern boarding school. Because you actually attended one, did you consciously try to avoid stereotyping your characters during their development?

TD: The characters didn’t come out of stereotypes; for me, they always have to be grounded in realistic behavior so that they can then take on a life of their own on the page.

PJ: What is the biggest misconception people have about schools like the one you attended?

TD: I think people assume that it’s a really posh, pampered lifestyle. It’s not at all. We had our share of mornings with no hot water and nasty food in the dining hall. And the students tend to be really high achievers, so they spend most of each day working, even during their free time.

PJ: Certainly deception is a major element to the story. Your main characters deal the social and personal veneers that are quiet deceiving. Has there ever been someone who has surprised you with their personality after getting to know them?

TD: I have experienced that over the years, as I think many people have, and I think it very much informed the character of Hannah. As you grow up, you realize that people who are incredibly intriguing on the outside are not always what they seem.

PJ: One of the characters in The Sixth Form deals with the process of understanding his sexuality as a teenager. How did you deal with your coming out process?

TD: I didn’t come out until I was in college, so I didn’t have that experience, but I tried to imagine what it would be like for a teenager from a privileged background, having that experience today—and how coming out, even in an era in which it’s supposed to be easier, can still be difficult.

PJ: Regarding this process, where do you stand on public “outings”?

TD: I’m not sure anyone should be publicly outed against their will, but I think it’s an absolute embarrassment to our community how many gay celebrities are still in the closet.

PJ: What do you hope readers take from reading the book?

TD: I hope it will give them a glimpse into this very specific world while also reminding them of the universality of the experience. Gay or straight, male or female, we can all relate to what it’s like to be seventeen years old and on the brink of discovering who we really are.