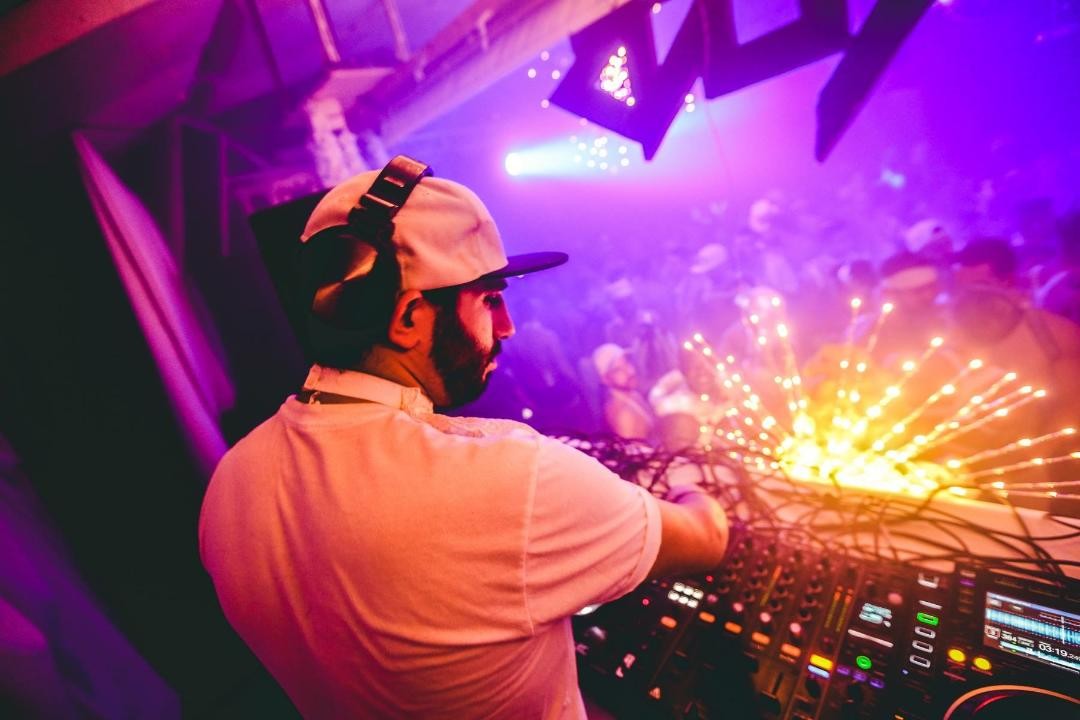 Welcome 2019 with parties around Boystown

The Count Down NYE 2019 at Hydrate Nightclub is bigger and better than ever, literally.

For the first time, Hydrate is taking over the Elixir Lounge for the Ultimate VIP experience. Guests can enter Elixir from their main entrance for a private VIP lounge and have access to Hydrate's dance floor from 8 p.m. to 4 a.m., and Elixir will be playing the same beats as Hydrate.

And those beats are coming from none other than DJ Cindel, the Chicago resident who is a resident DJ at Hydrate, not to mention top clubs across North America, including Reload (Los Angeles), Prism (Toronto), Meat (New York City) and Score (Miami), among other places.

New Year's Eve is a night "to think back about everything I have accomplished, and set goals for the new year," Cindel said. "Nothing makes me happier than to end the year and start the next doing what I love most, making people happy on the dancefloor."

The New Year's Eve set will be "a combination of all of your favorites, with my signature sound, which includes lots of drums and high-energy beats, of course," he said.

And what about at midnight?

"I am preparing a fierce countdown that will be layered into one of my all-time favorite tracks, Pride (A Deeper Love) by Aretha Franklin," Cindel said.

The Count Down NYE 2019 at Hydrate has multiple ticket packages, including the Ultra VIP ($55), which includes Chandon Champagne from 8 p.m. to midnight and access to Hydrate all night.

Cindel has worked around the world, including Sao Paulo, Brazil in 2018. He's also delivered his magical music at Vita Pride in Tokyo in 2017, Taurus, Chili in Santiago in 2016, Xlsior, Greece in Mykonos in 2014, and more.

"Looking back on how and where I started, I am very proud of (the) journey I have paved for myself, and everything that I have accomplished so far," Cindel said. "I never thought in a million years that I would be where I am today, and I am so looking forward to what is yet to come."

The first concert Cindel ever attended was Shakira during 9/11 events, and his all-time favorite musician is Celine Dion.

"I remember (Shakira) releasing white doves into the air in memory of the lives lost," said Cindel, who most recently attended a P!nk concert.

"My very first gig as a DJ was at (the) former Spin Nightclub in Boystown. What I remember most was, my extreme level of anxiety and not knowing what to expect. It turned out to be an amazing night and one that I will always remember."

Cindel is driven by his "love of music," as he grew up in a family of musicians. "I always knew music would be a big part of my life."

But if not a DJ, Cindel said he likely would have been a veterinarian "because of my huge love of animals."

"Being in this industry for 10-plus years, I have learned that music has healing powers. No matter how down you may feel, music has the power to lift you up and brings people together in a positive way. That's why I will be a DJ until the day I die ... and a couple of days after that."

After Hours with Neverland

DJ Alex Cabot kicks off his 2019 work schedule in Chicago hours into the new year – at an after-hours party, of course.

Cabot, who lives in Boystown, will be in Minneapolis for the new year – working, of course. He will be spinning at The Saloon, from 9 p.m. until 3 a.m., with a variety of music from commercial, to vocal house, to a nice late-night groove, he said. After his set, Cabot heads directly to the airport to catch a flight to Chicago, where he will bring "a dark but sexy blend of tribal house, tech house, a smidge of circuit here and there, some techno, and a few old-school classics to really just start the year off on the right note that will surely work the crowd into a nice sweat," he said.

"DJing New Year's is an absolute blast and privilege. It's one of the few nights of the year that people who don't usually go out will venture out and have some fun, so it's great to see new faces mixed with familiar ones enjoying their time and dancing.

"I feel honored to be asked to be a part of anyone's New Year's lineup."

Cabot said his first track of 209 will be a mash up by Diogo Ferrer of 'A Woman's Got the Power' because "I think what we need in the world is to have more of the feminine energy presence ... that can be through leadership (of) this country and around the world, females getting the recognition they deserve, acceptance of trans people and trans rights, more compassion and understanding in our thought processes, being more nurturing of those that are in need, taking a moment to look within ourselves and considering those around us instead of being always being on the go. Overall as a society I believe we need to embrace the feminine energy within ourselves so that we can progress and really tap into our creative potential."

Cabot is a regular at Neverland parties, and at Hydrate Nightclub and Steamworks.

"Happily NVR Afters is one of my favorite events to play because I get to really connect with the crowd," Cabot said. "Also, this year I'll be sharing the booth with Brian Delgado, aka DJ Serving Ovahness, who has been a favorite of mine since even before I became a DJ. His after-hours sound is absolutely amazing."

Cabot also has been super popular in and around Chicago.

"I think what stands out about me is, I don't look at myself and I don't think others see me as fitting in to one particular box or label," he said. "I don't think of myself as the typical 'circuit queen' or 'Latino' or 'DJ' or 'man' or 'democrat,' but more so I am me – a person who happens to love circuit music, but also likes tech house and old-school freestyle, someone who happens to be of Cuban descent, but also has Native American and English backgrounds, someone who doesn't do what some say that 'every other DJ does,' someone who doesn't let gender define a role, etc.

"I feel lucky because even in the way I look. I have had people ask me where in the Middle East am I from, and I tell them I'm not, but it's opened some amazing conversations. Growing up, I had a hard time with the feeling I needed to 'fit in.' Now I've learned to embrace my quirks and be OK with feeling different and going against the grain from time to time. To me, at the end of the day, the only thing we need to fit into is a positive and healthy self-image, so that we can remove the barriers that create the illusion of separation within society."

Cabot added, "I would say I am a shy person and more introverted than extroverted. There are times when I DJ, I feel very exposed or vulnerable and I must fight through it. It's stage-fright in a way. But it's also therapeutic because I'm learning to overcome my own securities and grow as a person as well. So, while I take everyone on a journey musically, playing also gives me the opportunity to go through my own self-journey as well."

Chicago has plenty of parties planned to say goodbye to 2018 and ring in 2019. Grab your champagne and dress to impress at these Top 10 NYE events happening in Boystown.