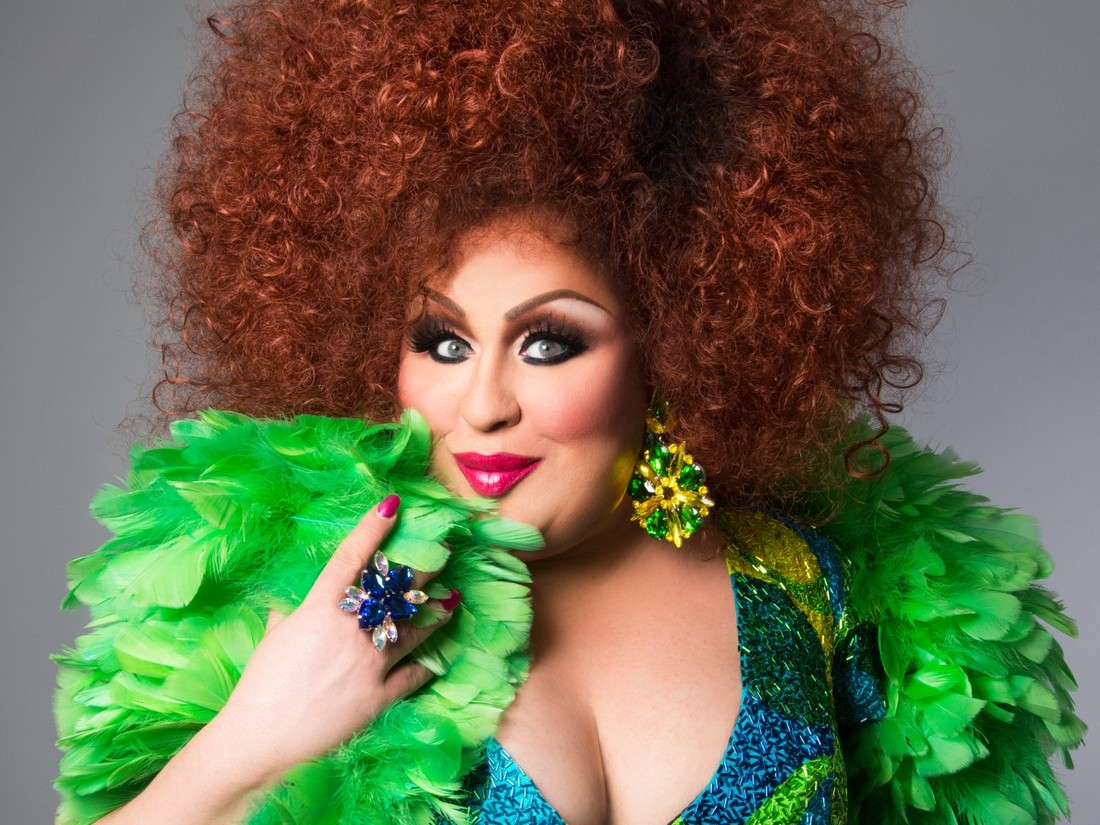 Mercedes Tyler was a club-kid in the nightclubs of Cincinnati, Ohio, always drawn to goth, alternative, and industrial music, and most often dressed in all-black, combat boots, chains, rosaries, and long skirts.

"It was a natural progression into the wild club attire that came with the debut of techno and electronica," Tyler said. "My first performances were of an avantgarde artistic nature, and slowly evolved into more mainstream music and glamorous attire.

"I was in show choir for several years in school and have always loved being on stage."

Tyler is now on-stage hosting Vamp at Progress Bar Chicago on Monday nights at 11:30 p.m., with a diverse display of local talent.

Tyler, 44, lives in Uptown and is a single, transgender female who is attracted to masculine men. "I'm not super big on labels, (such as) gay, straight, bi, etc. Love is love," Tyler said. Tyler grew up in Columbus, Ohio, lived in Cincinnati for nine years before moving to Chicago in 2003.

Tyler works as a server at Joe's Seafood, Prime Steak, and Stone Crab, and show director at Progress Bar Chicago.

"As I became a gay adult, it just seemed that drag was the way to get to perform in the gay community. Plus, I had no aversion to wearing women's clothes," Tyler said. "Eventually, I found myself drawn to the world of competitive drag pageantry. It was a bumpy beginning, but I definitely found my footing and achieved many great successes in this world."

Tyler won the coveted title of Miss Continental Plus in 2008, and was Miss Big Apple Plus 2010, Miss OH US of A at-large, and countless other accolades.

"Pageantry has led me to perform throughout the U.S. and Canada, such as Chicago, New York, Miami, Los Angeles, Toronto, and elsewhere," Tyler said. "Mercedes is best when she is able to speak on the microphone. I love to tell jokes, get to know my audiences, and keep them laughing and smiling. People really enjoy feeling like they are part of the show. My persona has become one of humor, whimsy, and folly with a big splash of rock 'n roll thrown in.

"One of my most cherished memories (was) meeting a man who loved my performance as Bette Midler. His deceased husband was a huge Bette fan, and for a few moments he said I brought his husband back to life. How can you top that?"

Tyler added, "I do aspire to win more national pageants, and will be working hard on those goals in the next few years. I'd like to perform in cities I've not yet been to, and maybe even in Europe or South America.

"I'm most proud of helping younger generations realize it's ok to be different. To be gay. I'm also the first transgender person many straight colleagues have met, so it's very important to me for them to see we're just people like them. I try to represent myself as positively as possible at all times."