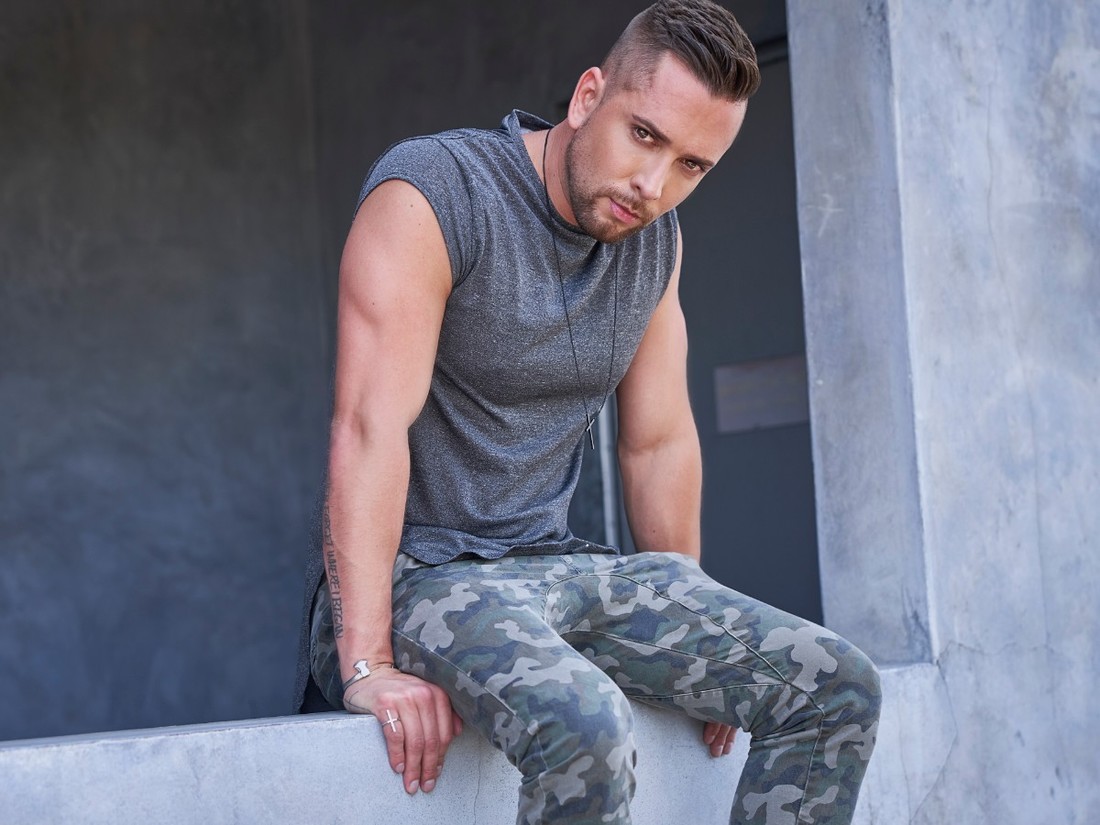 photo credit // bobby quillard
He's back – with a strong sound and statement.

David Hernandez has just released his second studio album, "Kingdom: the Mixtape", through his own label. Self-produced and recorded in various home studios in Los Angeles, Kingdom is Hernandez' first full album release since "I Am Who I Am", released in 2011.

The record displays a fresh sound for Hernandez, who shot to fame on American Idol, and features collaborations with fellow Idol alum Blake Lewis and the Grammy-winning producer of Black Eyed Peas, Printz Board.

The music video for the album's first single, "Shield (Coat of Armor)" is now available on YouTube. "Kingdom: the Mixtape" is available on all digital platforms including iTunes, Spotify, Pandora and Tidal.

"Kingdom is a culmination of original songs over the past decade. The latest (song) was recorded about two months ago, but a lot of the songs started years ago," Hernandez said. "It's a very personal album with a lot of deep introspective moments, as well as fun, uplifting content.

"It is more honest than I have ever been in my music," he said. "My writing style has definitely improved and grown with me over the years. I also got a chance to work with some incredible producers and songwriters: Printz Board, Mikal Blue, Eddie Wohl, Daniel Braunstein, Alex Teamer, Sly Young, Sarah Thiele, HMT and Blake Lewis, to name a few."

Hernandez said Kingdom has been 10 years-in-the-making.

"If I knew what this (album) was going to be, I would have recorded it within a few months. But it is what it is, and I am happy that it is finally out there," he said.

Hernandez said Lewis is "mad talented and super chill to work with."

Kingdom is more gritty, raw, and unfiltered, he said.

"I care less about the technical (singing) training these days. I am more invested in the rawness and emotional connectivity," he said. "If I am feeling a certain kind of way that day, I try to leave it on the track. I think people relate more to that authenticity."

So yes, he talks about heartbreaks and major, personal losses.

"There (have) been a couple relationships that almost broke me, almost made me never want to believe love was possible again," he said. "I used to get into situations where I had to take care of that person and help them 'grow up,' and it was exhausting. They would come into the relationship with their cup half-empty and I was expected to fill it. So I would neglect myself and my needs and feel empty. But things got better after I politely escorted them out of my life. So we are on the right track now."

Kingdom carries 20 songs and all are "so personal" to Hernandez, he said. Particularly, "Dear My Future Self."

"I just love the message behind (that song)," Hernandez said. "The idea that it's not too late to change and fight for your dreams. We always pose the question, 'What would you tell your younger self?' And I think that's so backwards because it's too late to tell your past or younger self anything. (Instead), you can talk to your future-self. That won't ever be too late."

"I would like to write for other artists and hopefully place a song in film and television," he said. "I also started acting again, so maybe a TV show or a feature film in my future.

The Sounds of ...David Hernandez

Career Influences: "My mom has such an eclectic music taste. I grew up hearing anything from Whitney (Houston) to Journey to The Cranberries on vinyl. Her taste in music has definitely influenced my sound choices."

Describing David Hernandez: "An artist to the core. An empath to a fault. Strong, sensitive, driven and stubborn."

Singing Style: R&B influenced, "but I love singing all types of styles. I secretly wish I was an opera singer like Andrea Bocelli."

American Idol: "Idol gave me my start, honestly. It was when the world first came to know me. The experience was positive and I really don't have anything bad to say about it. I think it's important to always be mindful of how you got your start."

Favorite Idol Story: "It was the night before I performed 'Papa was a rolling stone.' The other song I had chosen just wasn't working out for me vocally. Debra Byrd and I were down to the last minute of rehearsal. I was frustrated and started crying. She looked and basically said, 'Pull it together and let's do this.' It was a huge lesson, that the show must go on. I ended up picking 'Papa' and it worked for me."

The LGBT community: "I support everything LGBT, honestly. Whether it's an event here in Los Angeles, or a Pride across the country. I am a huge support of HRC (Human Rights Campaign). What they do for the community worldwide is incredible. I am honored to be a part of that organization having performed at over 20 dinners."

Single or Dating: "Dating ...I will leave it at that."

All-time Favorite Musicians: "It's hard to pick one – Whitney Houston, Brian McKnight and Prince, to name a few."

Listening To, Of Late: "My friend Wrabel is amazing. His latest single is called 'The Village' and it's incredible! Speaks for the LGBT community. Check it out!"

At The Gym: "I am so weird because I listen to slow songs, (whereas most) people listen to upbeat stuff."

(Complete the sentence) Many will be surprised to know ... "I suffer from severe social anxiety, which is pretty ironic considering it's my job to be in front of people."