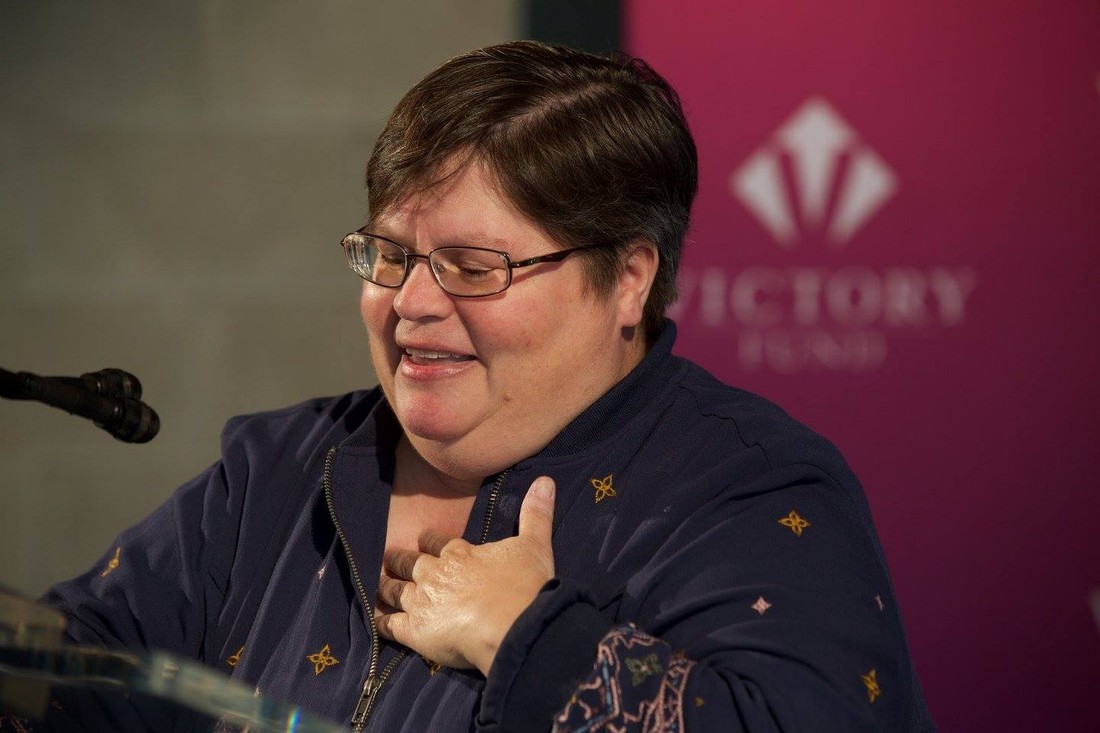 "I am really excited for this new challenge, and I want to assure Windy City Times readers and advertisers that you are in great hands with the team in place to run day-to-day operations," Baim told ChicagoPride.com. "Publisher Terri Klinsky has been running our sales and business side for many years, and Executive Editor Andrew Davis has been running the weekly newspaper for a dozen years. The entire team is ready and able to continue the 33-year tradition of amplifying and reflecting our LGBTQ community."

Baim, a Chicago native who graduated from Lane Tech High School and now calls her home the South Loop, started in LGBT journalism in 1984 at GayLife newspaper, one month after graduating with a news-editorial degree from Drake University. She then co-founded Windy City Times a year later, at age 22, and Outlines newspaper in 1987.

The author of 12 books, Baim has won numerous gay community and journalism honors, including the Community Media Workshop's Studs Terkel Award in 2005 and the Chicago Headline Club Lifetime Achievement Award in 2014. She's also in the National Lesbian and Gay Journalists Association Hall of Fame and was recently inducted into the Chicago Women's Journalism Hall of Fame by the Association for Women Journalists Chicago.

"I wanted to be a journalist from age 10, so to be openly lesbian and a journalist, I had to make my own path. I am so happy I did," Baim told ChicagoPride.com in 2015 as Windy City Times celebrated its 30th anniversary.

Both her mother, Joy Darrow, and stepfather, Steve Pratt, were journalists.

Under Baim's leadership, the Windy City Times has managed to survive even the bleakest of outlooks, all while documenting both the LGBT community's highs and lows for over three decades.

During a 2010 interview with ChicagoPride.com, Baim reflected on her life-long career, "I feel very mixed emotions about the timing of when I started in gay media. When I started, in 1984, there were fewer than 100 cases of AIDS in Chicago. The disease had just started to get a foothold at the time. I've likened the experience to starting in the middle of a war zone, and as a result of that, I feel fortunate to have met so many community pioneers before they succumbed to AIDS or cancer or other illnesses."

Baim's appointment follows an agreement between the Chicago Sun-Times, owner of the Chicago Reader, and a private investment group which has formed an L3C to purchase the alternative weekly.

"The Reader is an iconic media company and is a critical voice in Chicago," said Baim. "I look forward to continuing its tradition, and expanding its reach."

"For decades, Tracy has chronicled the contributions of LGBTQ people from the helm of the Windy City Times. Her leadership has provided invaluable coverage of and insight into our lives and experiences at a time when many mainstream media sources would not report on the LGBTQ community. We know she will be an excellent publisher of the Chicago Reader and wish her the best in her new role. We also will continue to work with the dedicated staff at the Windy City Times as they keep telling our stories as a community, which they have faithfully done since the 1980s," said Michael Ziri, Director of Public Policy for Equality Illinois.

"Tracy has dedicated her career to narrating the stories of LGBT Chicago; but not only the official stories that feature businesses and politicians but all aspects of our diverse people and geography, formal and informal entities, unique place, spaces, and community gatherings. It's her attention to the colorful tapestry that creates our community that makes her such an important editor and civic leader. I'm so thrilled she will dedicate the next charter of her career to bringing that perspective to bear in rebuilding the Chicago Reader," said David Ernesto Munar, President and CEO of Howard Brown Health.