CircuitMOM's 'Warriors' Market Days party at The Aragon was legendary 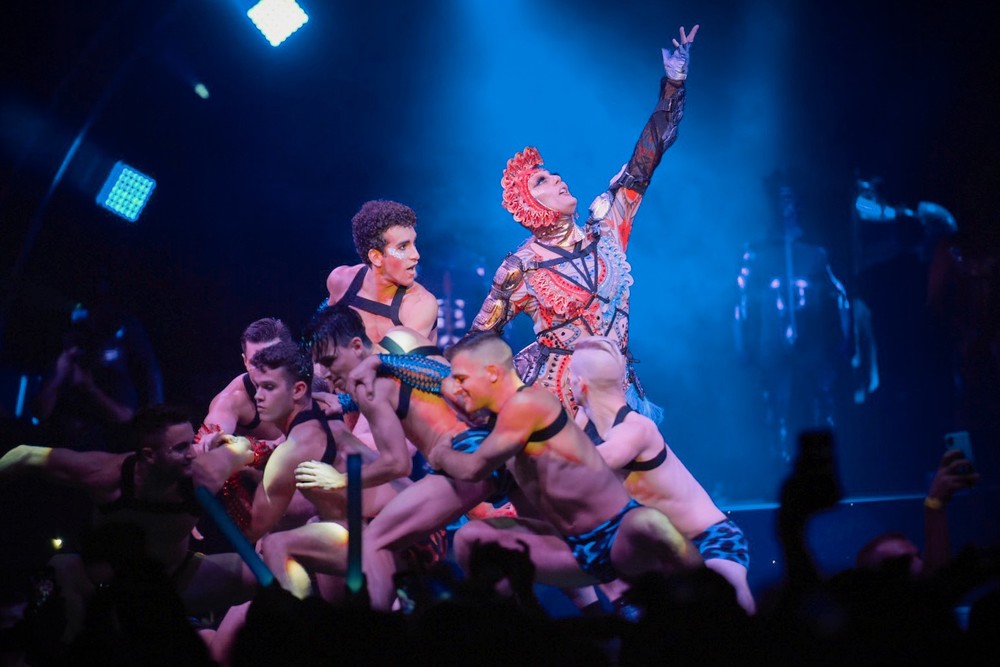 Over 4,500 sweaty, sexy men and women took part in what might have been the largest Chicago gay dance party in 25 years

The Warriors party, held Saturday, Aug. 11, at The Aragon, was legendary – and even show producer Matthew Harvat admitted that, with more than 4,500 dancing into the wee hours of the morning, it might have been the largest Chicago gay dance party in an established venue in 25 years.

"The energy was through the roof and we could not be happier," said Harvat, the alter-ego of CircuitMOM Productions. "It is going to take me a solid week or more to process what just happened," at the Warriors party.

"For me, (the highlight was) watching Chicago come together for an amazing Market Days Festival weekend that has continued to grow by leaps and bounds the last five years into a nationally-recognized event. (It was) truly a dazzling, positive spotlight on our city and Boystown."

Harvat admitted that there was "no way" he could have predicted five years ago that CircuitMOM events would have grown so quickly. "This is really a dream come true to be able to bring our creative visions to life and have the support from our audiences show up and come back with more of their friends each year," he said. "We get messages from all over the world saying, 'We are coming to Chicago for Market Days for the first time and cannot wait to party with you.' It puts a lot of pressure on us to deliver, but my mom always tells me, 'You thrive on the chaos you create.'

Harvat said the sold-out Warriors party was the favorite that CircuitMOM has ever produced, and he was quick to salute the 100-plus people who worked for more than a year on the Warriors Party.

Warriors featured seven production numbers, including one very special surprise appearance by Todrick Hall and his four dancers all came together under the guidance of Edwin Martinez and the magic of DJs, Abel Aguilera and Ralphi Rosario, known as Rosabel.

So why was Warriors so successful?

"The venue, the talent line-up and the team that promoted the hell out of our parties, coupled with the appeal of having a massive outdoor street fair with huge dance parties at night," Harvat said. "The CircuitMOM brand is a more positive, happier vibe and I think people understand that we will bring them into a happy event."

Harvat said Hall's performance was a secret from everyone, including the CircuitMOM team, except the DJs, until about 10 minutes before it happened.

"To see everyone's reaction when he came backstage to get ready and then when he walked out on the stage and did 'Dem Beats' with his four dancers ... 4,500 people lost their minds. It was so fun."

Harvat added that Warriors was very satisfying, to put it mildly.

"I kept replaying it over and over in my head driving home at 5 a.m., after we packed up our things and was thinking, 'Who would have guessed!?'" he said. "When I started 20 years ago, this was something I could never imagine happening for us, but here we are. I am surrounded by the best in the business with venues and my team. None of this would be possible without the support system that has grown out of this artistic insanity."