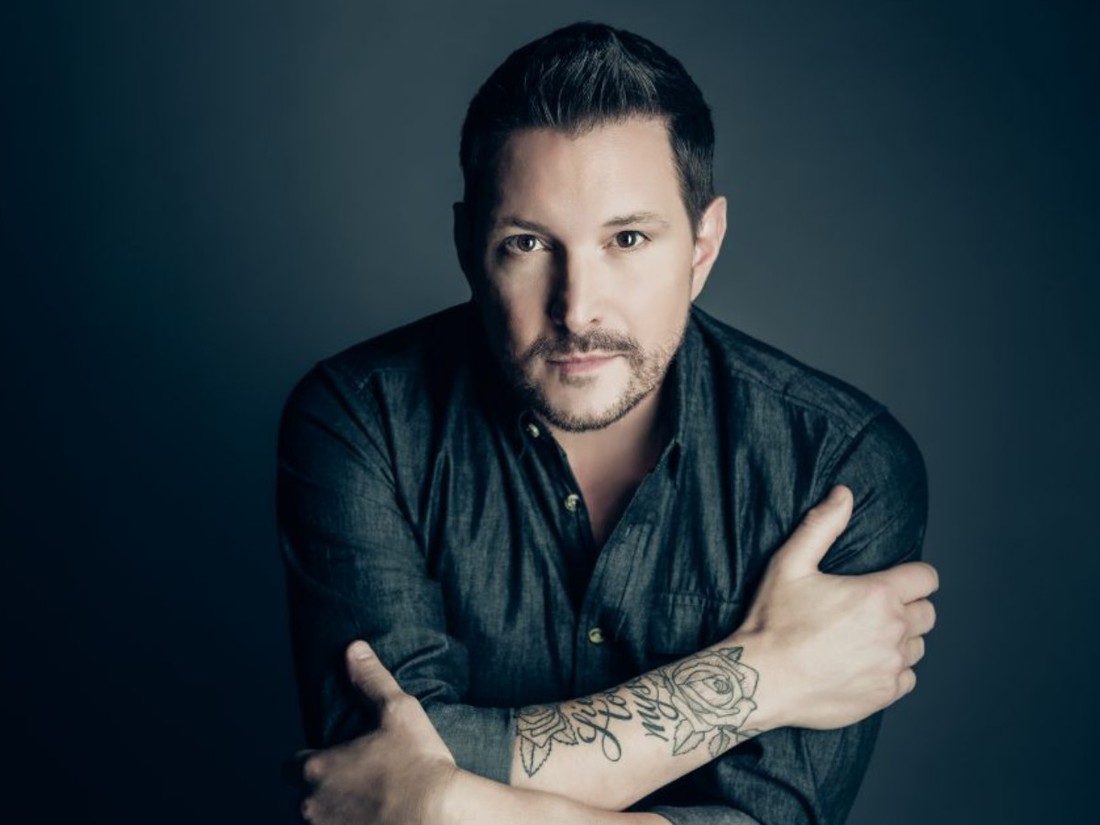 'My story is, a lot of ups and down … but I’m having a ton of fun now,' says Herndon

It didn't take much to convince Ty Herndon to perform at the annual Northalsted Market Days, the popular two-day event that is the Midwest's largest street festival, attracting more than 200,000 from around the world.

After all, Chicago is his second-favorite city, only behind his hometown, Nashville.

"My partner and I spend a few weekends every year in Chicago, hanging out, going to restaurants and just enjoying the city. Plus, I have a ton of friends who live (in Chicago)," said Herndon, 56, the openly gay country music singer who has charted 17 singles on the Billboard Hot Country Songs charts, including three No. 1s and four additional top 10 hits. "I'm super excited to play Market Days."

Market Days is a half-mile long fest, running through the heart of Boystown, with three music stages, two local band stages and a dance floor. The festival feature an array of food, merchandise tents, and more.

"The only time when I'm really not busy is, during the winter. And I'm one of those crazy people who loves Chicago in the winter. I know, call me crazy, but I think it's beautiful (then)," said Herndon, who made his chart debut in early-1995 with 'What Mattered Most,' which went to No. 1 on the Hot Country Singles & Tracks charts.

"Every time we go to Chicago, we don't make reservations; we just explore the city and go ...wherever. Maybe we'll find a hole-in-the-wall Italian restaurant. When we go, it's just about exploring the city."

"It's such a tourist thing and so silly, but I love to do it. I just like walking to Navy Pier and riding the Ferris wheel," said Herndon, who admitted he's enjoyed rides on the super-sized Ferris wheel 10 times, maybe more.

"We just love the energy of Chicago, even more than New York. It's a cool place."

Herndon will perform Saturday, Aug. 11, starting at 7 p.m., at the Nissan Partners of Progress State, following Crystal Waters and right before Hank & Cupcakes.

"The only Pride (parades or festivals) that I've been to over the last three years are the ones I played at. I was always afraid to get recognized or someone would blow my cover. As much as I wanted to go to pride festivals," before coming out, he didn't, he said. "I now go to 10 or 15 of those (Pride events) every year, along with speaking engagements for GLAAD and HRC.

"It's interesting how the two families, (country music and the LGBT community), have seemingly blended together. I considering myself very blessed and take my role very serious, playing music and bringing joy to people."

Herndon was the grand marshal for the Chicago Pride Parade in 2015.

Herndon came out Nov. 20, 2014, in an interview with People magazine, confirming that he had been in a relationship for a few years with Matt Collum.

"I was a little nervous at first (to play Pride events), but it's like a homecoming ...these are my people," Herndon said. "I've missed out on a lot in my life being (in The Closet) and hiding (my sexuality). That's a main reason I decided to come out."

But coming-out wasn't without trepidation for Herndon, who was born in Mississippi and raised in Alabama.

"I was willing to walk away from music because I needed to feel happy – and I didn't want to live the rest of my life the way I was living it," shortly before coming out, he said. "I was completely prepared to go sell real estate, if I had to."

Herndon's first pride event appearance was at Los Angeles Pride, where he was the grand marshal in 2015. As Herndon sang at the event, the crowd sang along in support.

"I love being able to sit down with a group of kids and tell them, 'Yes, I know it seems hard now, but yes, you can be who you are and be successful – and I want you to do it sooner than I did.' That's very, very rewarding," Herndon said. "The funniest question I get, often from parents, is, 'This is my only kid; I really want grandkids ... ' As I always say, there's a new thing called, gay marriage – and yes, you can have grandkids. So don't worry if that's your main concern."

About three weeks after coming out, Herndon walked out to a sold-out show in Washington, D.C., to a thunderous ovation. After the show, two parents were in the corner with their kid; they waited to be last to meet Herndon.

The parents said: Their 14 year-old son wants to be in music and he just came out. What would you say to him?

Herndon was caught off guard. Finally, he replied, Congratulations – to the parents, for bringing the kid here. "To me, that's the first step – just support him, love him, let him follow his dreams," Herndon said.

He then looked at the kid and said, "Be the best singer, songwriter that you can be."

Herndon's coming-out has inspired millions, of all ages.

Case in point, he met a 75 year-old man at one of his shows – with his partner of 52 years, and they had just gotten married.

Herndon's autobiography is set to be released in January, and he has a lot of new music set to release later this year.