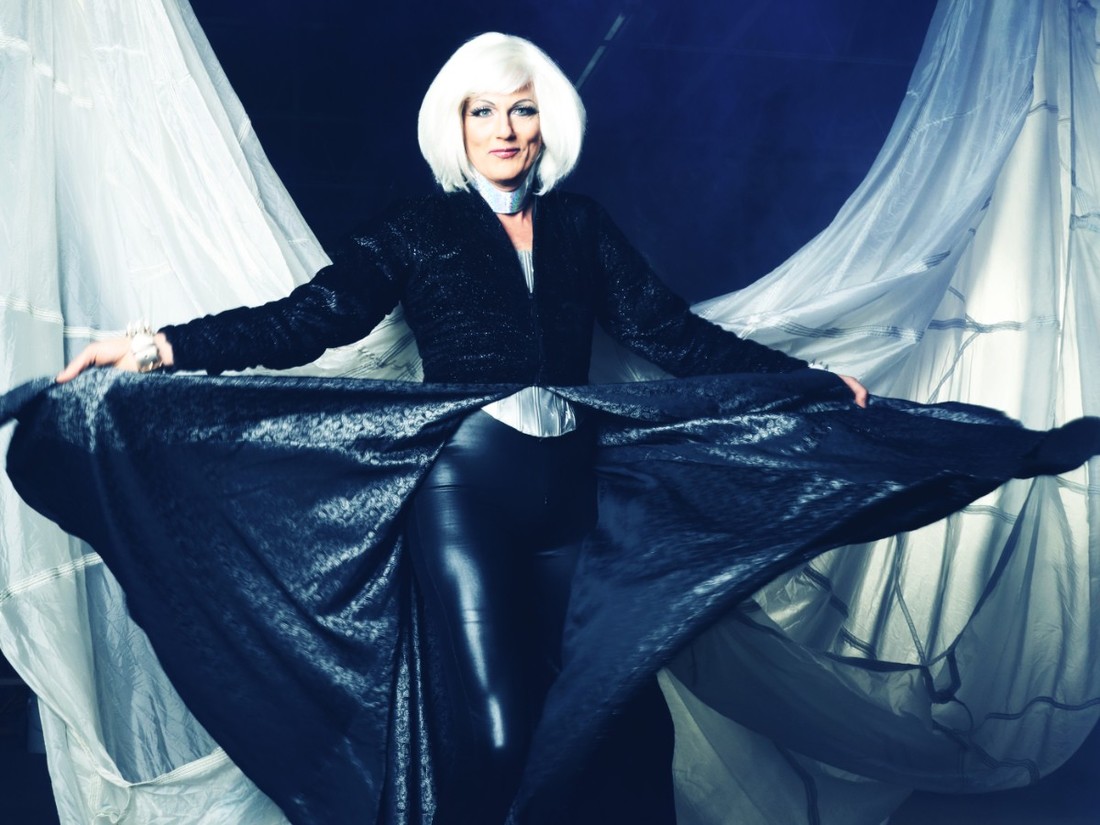 photo credit // circuitmom.com
Matthew Harvat has been involved with Northalsted Market Days since 1992 when he was working at Roscoe's, and he has watched the annual summertime street festival evolve and grow into, "a national phenomenon."

The last few years, Market Days has really seen a significant growth in attendance, "which is amazing for Chicago and Boystown," said Harvat, known locally at CircuitMOM – which has been producing a soldout Saturday night dance party every year since 2011.

This year's Market Days, held Aug.11-12, will be yet another over-the-top weekend on the streets of Boystown, then well-planned evening parties.

"The production and talent lineup for the fest gets better each year and, thankfully, we have been able to grow our own events to compliment the festival and keep the energy going late into the night after the street closes," said Harvat, the president of CircuitMOM Productions. "Miami has 'Winter Party,' Dallas has 'Purple Party,' and Palm Springs has 'White Party.' Chicago has a one-of-a-kind, two-day, three-night festival that mixes the most diverse lineup of entertainment, the best food, the most sought-after DJs and amazing setting on Halsted Street ...it is, Market Days.

"When I started CircuitMOM in 1998, I did a Saturday night Market Days show at the Park West Theater called, 'CircuitMOM In Concert.' It was the first of its kind dance party that combined choreographed drag performances with dancers and costumes, all mixed into a DJ's set seamlessly throughout the night creating a sort of Broadway-meets-the-circuit-party event. By 2003, we had grown to produce three nights of dance parties over Market Days weekend, expanding into multiple venues.  I took a break from Market Days in general to perform and produce in other cities until 2011.  The demand has been there for a few years now for our Saturday night party to grow into two events, complimenting the Friday night event produced by Neverland (Events) at Metro.

"We wanted to wait for the right moment and the right talent lineup to become available. Last fall, it all worked out for bookings and what our vision was, so we decided 2018 was the year."

"We try to have fun themes that people can relate to and get excited about their costuming," Harvat said. "Our four different 'Superhero' years have been the most popular, so we wanted to stay in that vein, but mix it up a little this year, thus, WARRIORS was born."

The WARRIORS inspiration was Tina Turner in 'Mad Max Beyond Thunderdome' mixed in with some 'Black Panther' and a nod to '300,' Harvat said. "More importantly, we hope to inspire everyone to be their own type of warrior, not only for the party, but also for themselves in their (daily) life."

"After last year's event, the pressure is on to make this year's events bigger and better. We have more production than ever before, amazing costumes, the largest cast in our 30-plus year history and quite a few surprises planned," Harvat said.

Harvat and Rosario have been friends for almost 25 years.

"As an independent artist, he has been a driving force, an idol and mentor to me and countless others out there striving to make their mark in the creative world," Harvat said. "He's so, so talented and genuine, plus he is a pioneer and living legend.

"I was a fan of Abel Aguilera long before we actually met.  I believe the first time we worked together was the Coliseum party at Gay Disney in 1999, but it may have been at Salvation in Miami the year before. We definitely bonded when we worked together on the last 'Fireball' dance party that was held in the lobby of the shuttered Uptown Theater in February of 2000. Even with 3000-plus people in that space (that night), it was (still) freezing in there. Of course, the 10-inchdes of snow that fell outside during the party didn't help.

"After that night, we really bonded and I have watched in awe all of the spectacular evolutions of music Abel has not only contributed to, but also created and brought to the masses.  He can truly do anything with his DJ sets and original production work. There is a reason he is still a leader in the industry 30-plud years after he started his career.  It has been a long time coming that the three of us are working together at one of my events in Chicago."

There will be more than 40 performers at WARRIORS, two semi-trucks of sound, lights and staging, 90 costumes and more.

"After taking the last 15 Market Days Sundays off, this year we return to our event home, Chicago's iconic House Of Blues with, DRAMA," Harvat said. "A major component of our events the last few years has been pairing DJs together for the first time to create a new energy and draw two fan bases together at one dance party. Our most recent pairing was two legendary talents, DJ Tony Moran and DJ Morabito.  Both have been industry leaders for decades, yet had never spun together, so we had them spin tandem style for our 20th Anniversary Victory Party during IML weekend in late-May. It was very exciting to watch them create a magical night of music together.

"For DRAMA, we are joining two industry leaders together for their first time in the U.S. DJs Micky Friedmann and Hector Fonseca are both wildly successful international talents with very distinct sounds. Hector has more than 20 No. 1 Billboard dance remixes for artists like Rihanna, Beyonce and Lady Gaga.  He owns his own record label, Audio4play, and plays his tech-vocal-house style to sold-out audiences worldwide. Micky has been blowing up dance floors worldwide for over a decade with headlining gigs at Barcelona's Circuit Festival and Israel's Forever Tel Aviv. Stateside, he has headlined main events of Miami's Winter Party and Cherry Festival in Washington, D.C.  Now, we finally have him with us for his Market Days debut."

DRAMA also will feature Emily Perry. Hector Fonseca has remixed two of her hits and she is coming with her dancers.

For more about WARRIORS or DRAMA, go to: www.circuitmom.com. Tickets for both parties can be purchased at the Men's Room (3420 N. Halsted Street).

Changes in Market Days: "I think the most significant change has been the major effort by the committee to be more inclusive to all sectors of our community. It's no longer just funnel cakes, art work and beer tents. From chef-driven food trucks to countless LGBTQIA specific services and organizations getting plenty of face time with the masses they may not normally reach, the festival has become more community-conscious. (Plus), the top-notch entertainment lineup year after year that does a great job catering to all tastes, this is Chicago's gay weekend to shine."

Market Days 2018: "For selfish reasons, I am beyond excited for people to see what we have in store for them at our two dance parties after the street fest closes each night. We are putting into motion plans we started working on three years ago and we're ready to unleash them to the masses. I mean, we already have outlines, themes and designs started through 2021. It is a challenge to keep these secrets for so long, but it is all worth it once we open the doors."