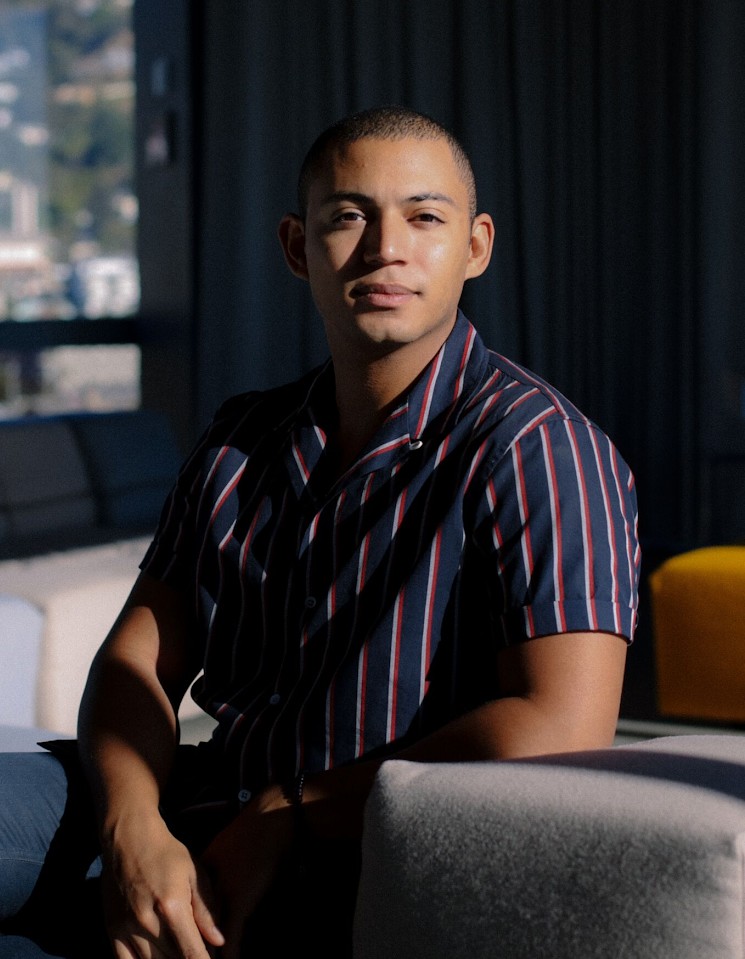 Zach Stafford was living in Chicago and, admittedly, "was trying to figure out what I wanted to do next as a journalist." He had spent years doing taxing reporting on homicides, crimes and human-rights, and just wanted a project that tapped into the skills he gained from that beat and then apply them to a subject that was more unexpected.

So, he asked an editor at the time if he could try to do this deep dive into hot chicken, a dish he grew up eating. The editor passed.

"But something about the story wouldn't leave me alone," Stafford said.

So Stafford emailed Eater and walked them through the idea – and they loved it.

Stafford was on an airplane two weeks later, and then back and forth to Nashville many more times between 2016-2017 to report on the story and learn how this dish had taken over Nashville, was literally changing how the city looked, and what that story tells about Black lives.

"The story (wasn't) explicitly gay. I'm of course very gay, but I don't explicitly talk about that in the reporting. Instead, I use my own family history and visits there as a kid with my dad as a way to frame it," he said.

Stafford delivered "Burned Out: Hot chicken was the Prince family legacy — then Nashville transformed it into an icon, and now everybody wants a piece," published last September.

"Food journalism is so exciting to me," Stafford said. "During the process of doing this piece I did a few other projects with Eater that have made me really passionate about incorporating it into my work more. We did a documentary on Boystown and the ways you can see the neighborhood changing through the restaurants and then even some other video work back in Tennessee about southern cuisine."

But it's the Burned Out piece that truly blazed his glory, such that Stafford was named the winner of Excellence in Food Writing Award from NLGJA – The Association of LGBTQ Journalists which, in early-July announced the recipients of its Excellence in 2017 Journalism Awards.

"When NLGJA announced I won for this story, it was surprising but also felt right," Stafford said. "I think that we are at a moment where queer journalism doesn't always need to be solely about explicitly queer moments, but can tap into stories like these and show a new way that LGBTQ lives exist across all facets of life."

The award "means so much," Stafford said.

"I was finishing this story as I moved to Los Angeles and was trying to figure out how exactly to build what is now known as INTO, the queer platform that was built out of Grindr. It was a super chaotic time that had me doubting myself as a journalist," he said. "A lot of people were laughing at this idea that I could create journalism at a 'hook-up' company and that was getting to me. This story was something that helped keep me grounded, connected me to home in a new place and was a test for me, privately, to see how taking paths less traveled in my career could work out. I mean, this is my first piece of food journalism I've ever done."

Stafford, 28, lived in Chicago for nine years before moving to California a year ago, where he now works as the Chief Content Officer, Grindr & Editor in Chief, INTO.

"To receive the award, and now a year later have INTO be one of the most-read digital platforms in the world for queer people and (win) its own awards, even Best Editorial Writing of the year from NLGJA, (it) is just so overwhelming for me in a deeply personal way," Stafford said.

Stafford will be back in Chicago this week as he is part of "Queer Narratives" on Sunday, July 15, with Jack Halberstam, starting at 3 p.m. at the Museum of Contemporary Art (220 E. Chicago Ave.)

They will discuss the role that technology can play in collecting and disseminating queer narratives in a media landscape that some have seen has traditionally devaluing these stories.

"It's so exciting to see an institution like (MCA) curate a show and this program that's allowing a larger conversation on how technology and art are colliding. And to include Grindr and me is really exciting," Stafford said. "The app has had a profound impact on queer life globally and the art created from our community. So, to be asked to sit on stage and talk about this and how it ties into a long history of queer representation is humbling.

"Jack is an iconic writer and thinker. So much of his work has deeply informed so much of my life. I'm actually quite nervous because I know I'm going to throw out some idea and Jack will be like, 'Oh yes, I did say that already in a past lecture.' It's always intimating to sit on stage with people you learned from, but it's so incredibly rewarding, too."

Will there be tension on stage between the two?

Perhaps – "I think Jack and I share a lot in common, but we also present different ideas of what a queer future should and can be within our work," Stafford said. "(That) is what's so exciting about the event: we won't agree on lots and that's a good thing. That's what makes a good event."

Stafford said his goal for the speech is, "to try to show people that technology and queerness have this really magical relationship that's always been there – and we can harness it to change the world."

For more about the "Queer Narratives" event on Sunday, July 15, at the Museum of Contemporary Art, visit mcachicago.org.