Frenchie Davis is excited, to put it mildly, to come back for Chicago Pride Fest 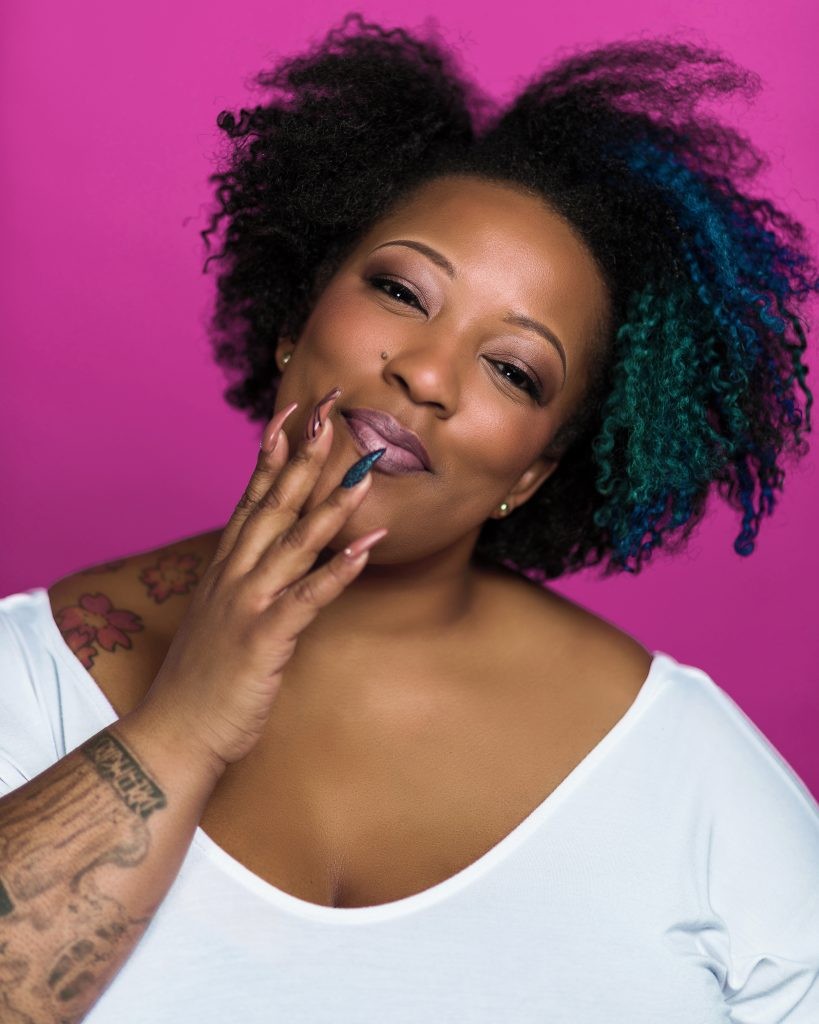 "I love coming to Chicago ... (it's) such a vibrant city," Davis said. "I was just there for Market Days (last August) and got to share a stage with my sister-in song, CeCe Peniston. I'm always amazed by how energetic the crowd is; (there's) such good energy.

"I am always pleasantly surprised when I'm asked to come back and sing," in Chicago.

"I have a lot of friends from college in Chicago, so I will probably get some quality time with them ... and paint the town pink."

Davis, 39, who is bisexual, is a singer we have seemingly known for 15 years. After all, it was in 2003 when Davis was a contestant on American Idol. Davis has performed for years in Rent on Broadway, and in 2011, she reached the top 8 on the first season of The Voice.

Davis also is finishing her master's degree and co-producing an independent film with Howard Roseman as its executive producer. Plus, she is working on a new musical, and getting samples made for a bra line that she's creating for women who wear larger than a D cup. "I wear a 38K, so I know it's necessary," she said.

"It was 15 years ago (on Idol), so there's not much I can say about that experience that hasn't already been said," Davis said.

Davis in 2017 starred as Henri in The View UpStairs, an off-Broadway musical about the UpStairs Lounge arson attack that killed 50 patrons of a gay bar in New Orleans.

"It truly was," a very personal role, Davis said. "The View UpStairs was about the upstairs lounge fire which up until the Pulse (Nightclub) shooting in Orlando was the biggest massacre in LGBT history. It was a huge honor to bring to life the stories of the people who found safe space there. It's so crazy that the story is only now coming to light because the fire happened in the 1970s, but it was in the South so the very few survivors were so afraid of being outed that nobody ever talked about what happened until recently. It was a really emotional, powerful experience telling that story. I took a tremendous amount of pride in portraying the 'Henri' character."

Davis was the winner of the Jose Esteban Munoz Award from the Center for LGBTQ Studies at The Graduate Center, CUNY, awarded to an LGBTQ activist who promotes queer studies outside of academia.

"This award meant a great deal to me because Jose Munoz made it his life's work to use the power of art and education to uplift and advocate for LGBT people of color," Davis said. "It has been my hope and intention to do the same in my own life journey, so Nathan Lee Graham and I were both very moved and inspired."

Favorite Musical: "That's hard (to answer) ... I love them all. But one of my favorite stories is Sweeney Todd. I love the message. Sweeney Todd was so focused on revenge that in the process of trying to destroy the people who hurt him, he destroys himself ... Cautionary as hell."

Favorite Movie: "It's a tie between The Color Purple, The Never Ending Story and all the Harry Potter (movies) ... and also all of the Lord of the Rings."

(Complete the sentence): Many Will Be Surprised To Know ... "I'm a history nerd."

LGBT Advocacy: Is on the national advisory board for Human Rights Campaign's historically black colleges and universities project, "and I take a tremendous amount of pride from being able to exist at the intersection of blackness and queerness and also to be a part of working towards creating safe spaces for black LGBT college students."

Frenchie Davis performs the North Stage at 6 p.m. on Saturday, June 16. Chicago Pride Fest, which is organized by the Northalsted Business Alliance, runs June 16-17 on Halsted Street between Addison and Grace. A $10 donation is recommended. The Chicago Pride Parade is the following Sunday, June 24 at noon.