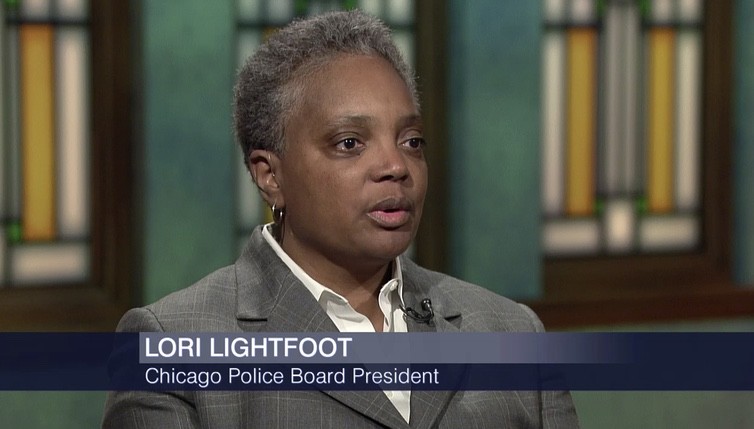 Chicago, IL - Lori Lightfoot is today expected to announce her plans to challenge Rahm Emanuel in next year's mayoral election, making her the first openly lesbian, and the first African-American woman to do so in Chicago.

Update 05/10/2018 12p: As anticipated, Lightfoot formally announced in a news conference Thursday morning that she will run against Emanuel. (Read more from Chicago Tribune)

"This really is about Rahm Emanuel," Lightfoot said Wednesday in an exclusive interview with NBC 5. "It's very clear to me people want change."

Lightfoot headed up the Chicago Police Board for three years before resigning from the Board on May 7. She lead a task force to examine police accountability after the Labuan McDonald shooting.

After attending the University of Chicago Law School, Lightfoot became a federal prosecutor and is now a partner at Mayer Brown.

Some see Lightfoot - a woman, African-American and lesbian - as a triple threat in a crowded field of candidates ready to challenge Emanuel.

"Not being Rahm Emanuel isn't enough, you have to be somebody that people truly believe," she said.

Were Lightfoot to win, she would be the first openly lesbian mayor of Chicago.