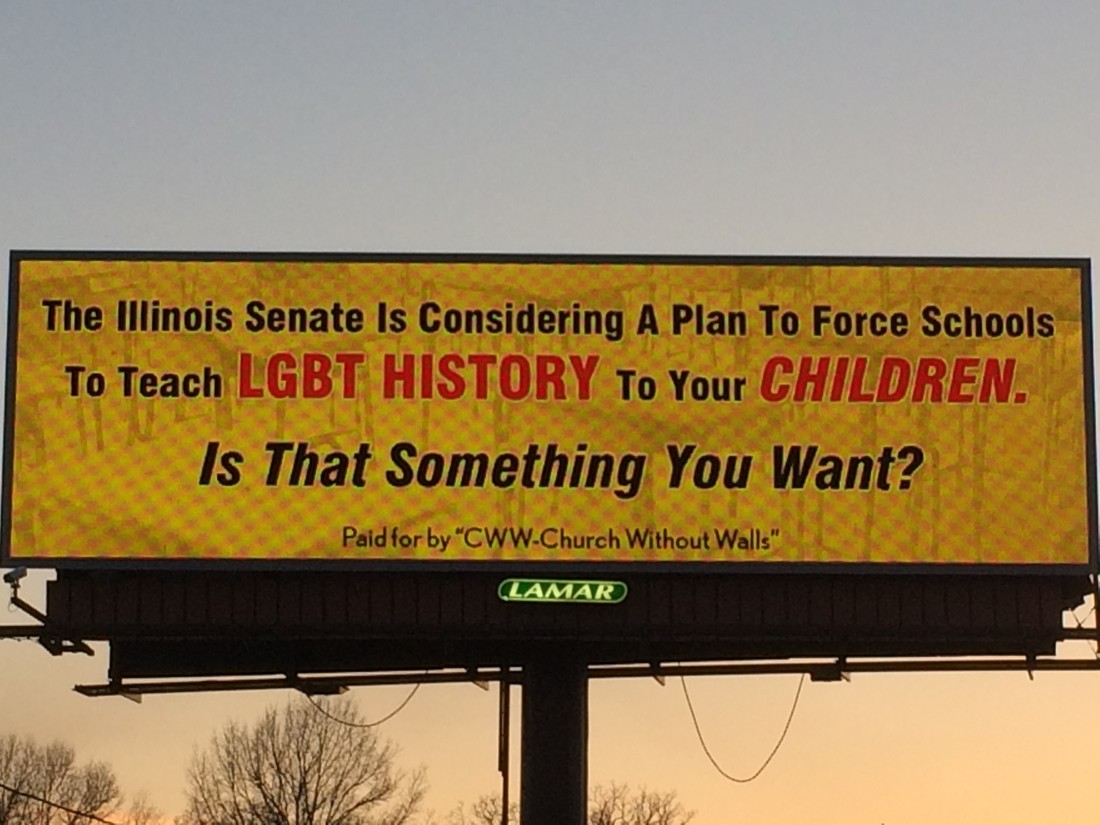 "The Illinois Senate is considering a plan to force schools to teach LGBT history to your children. Is that something you want?," reads the billboard.

It remains unclear who posted the billboard. Smaller text at the bottom reads, "Paid for by the Church Without Walls," but according to WCAI TV, no church with that name is accepting responsibility.

The bill would require a unit on "the role and contributions of lesbian, gay, bisexual, and transgender people in the history of this country and this State" to be taught at all public elementary and high schools.

"It is my hope that educating students about the important roles LGBTQ individuals have played in our country will help them develop a deeper understanding of history and a more compassionate view of their peers," said Sen. Heather Steans (D-Chicago), the measure's sponsor.

Conservative religious groups have taken issue with the measure.

Currently, California is the only state to include LGBTQ representation in its statewide social science education program.