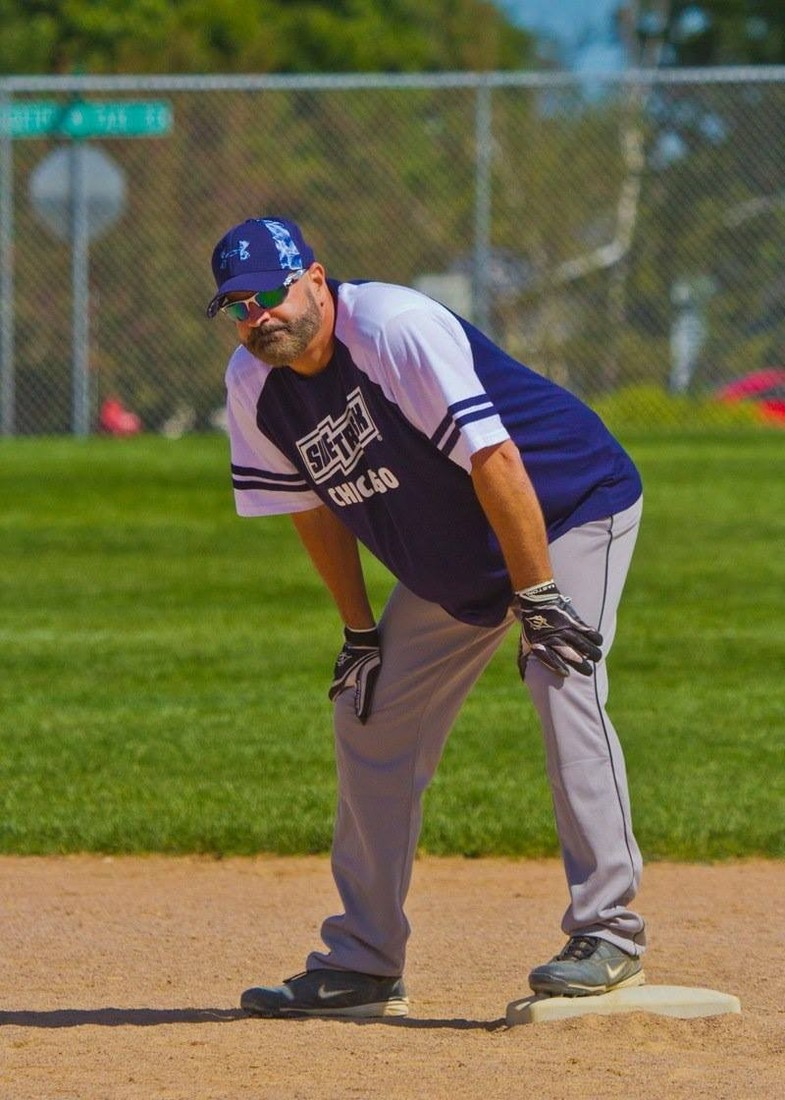 "I feel very lucky to be able to continue to volunteer in the organization that has given me so much," Sakalares said. "Michael Rice has done an amazing job of leading Open Sunday Softball away from a dark spot in its history. Through his leadership and guidance, he has helped the league continue to flourish as one of the strongest and largest leagues within NAGAAA," which is the North American Gay Amateur Athletic Alliance.

"Midway through the 2016 season Michael and I were having a conversation and he asked me if I was interested in running for commissioner for 2017. I was taken aback by the question as I, along with probably everyone in the softball league, expected Michael to continue in that role. I told him I would give it some thought and talk with some people to see what they thought. I had run for commissioner previously and it was always something I thought I could make a difference with. After talking with some close friends and also with my husband, I decided that I could and would run for commissioner, if nominated. I had some ideas of things I would like to see happen and if I was to surround myself with some good people we could make maybe two or three of those things happen for the better of Open Sunday Softball.

"There are so many things that I want to accomplish. One thing that is of the most importance to me is making sure that the player experience remains our No. 1 driver in what we do as a softball board. Part of that would be to increase the social aspect of softball again. Try and bring down costs to the player but while doing that also adding value for our sponsors. We all know that without our sponsors these leagues would be nearly impossible to do, we owe our sponsors and supporters a great deal and I want to be sure that we recognize that in everything we do."

Sakalares has played in C- and D-Division, and a few games in B in tournaments. He has coached C, D and Masters Division.

He played in 2017 on the C1-Division Green Team Legends.

In 2015, he played for the Chicago Dragons, who finished second-place overall in the B-Division at the World Series.

He also has played in the Senior Cup Tournament with his 50 year-old brother. "In our years growing up, we never played on the same team in sports. It was everything I could hope for." Sakalares said.

"I see Open Sunday Softball in a very good place. We all know that the numbers are a little down from previous years. Much of that can be attributed to economic interference, but much of it also has to do with time ...by that, I mean that people are doing more things, with less (free) time. There are quite a few choices as to what you can do in your free time, something we all have less of these days. I also feel that all of our leagues are cyclical and there are ways we can try to grow our league."

Sakalares confirmed that, in 2018, Open Sunday Softball will once again use the same six north-side fields it has in the past.

Sakalares said games "more than likely" will be played over Market Days weekend in August.

"The friendships I have built playing CMSA softball have been some of the best in my life and some that I will never take for granted," he said. "The softball community is one that you get nowhere else. Be that if you just play locally or if you travel for tournaments across the country."

Sakalares said he'd like to see more CMSA teams participate in the annual Gay Softball World Series. "I know we have the talent (to participate); we just need to get people there," he said.

Sakalares is playing for the C-Division Gotcha Covered Shady Squirrels this weekend at the annual, multi-sport Sin City Classic in Las Vegas. The Hutch Smash Bros also will be representing CMSA in the C-Division in Las Vegas, while Kinetix is playing D-Division. In addition, the Chicago Stars will be in Orlando this weekend, playing in the annual Orlando Meltdown Tournament.

CMSA Sports: He has played softball, basketball, golf and billiards.

Overall CMSA Highlight: Being inducted into the CMSA Hall of Fame.