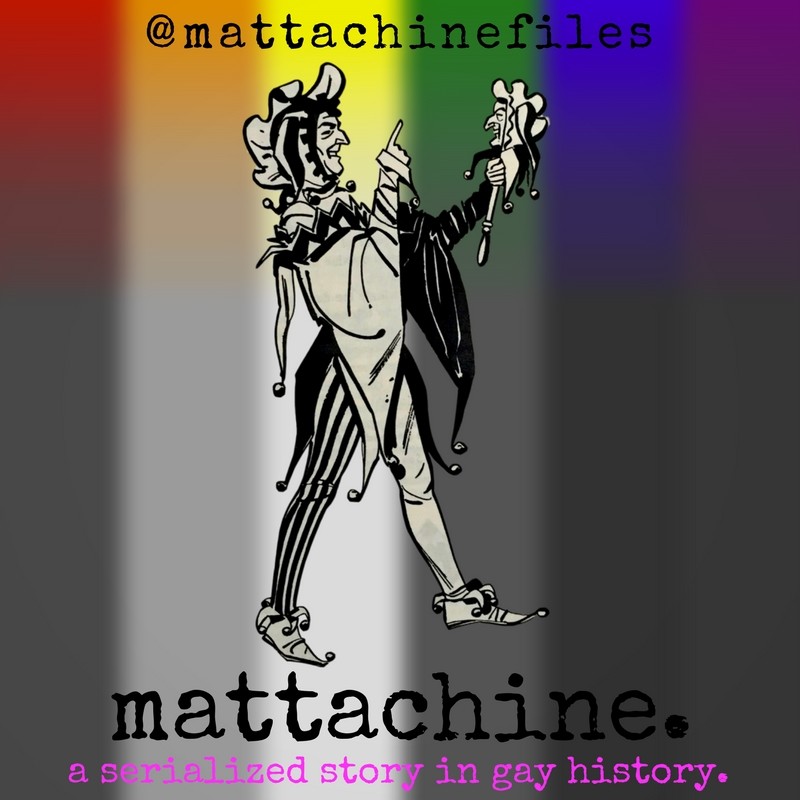 In growing genre of thrilling serialized podcasts like "Serial" and "S-Town," there is the dreaded moment when you realize you have no episodes left -- the excitement, drama and in-depth reporting that have enraptured you for the last few weeks (or few hours if you're a binger) have come to an end and you're on to the search for the next great occupier of your time. The perfect podcast must be interesting, well-researched, impactful and most of all true.

"Mattachine," a new serialized podcast that released the first of its 10 weekly episodes on January 4, promises all this more as it takes listeners on a journey into a lesser-known piece of queer history.

"I was inspired to start this project when I read Behind the Mask of the Mattachine by James Sears," podcast host and creator Devlyn Camp told ChicagoPride.com. "It's an incredibly detailed look at a secret organization that I had only heard about in passing. The more I read, the more I realized that the problems queer people struggled with between each other 70 years ago are still very similar to the problems we discuss today. I hope listeners - queer or not - might come to better understand our community's issues by seeing them played out in another era."

"Mattachine" follows the story of the Mattachine Society, a secret queer organization that was the catalyst for the LGBTQ rights movement of the 1950s and subsequent movements like Stonewall. It's a journey beginning here in Chicago in the 1920s that moves into the paranoid McCarthy Era, featuring FBI case files, "secret speakeasy-style meetings that brought together anonymous homosexuals," and an investigation into the breaking apart of this early, obscure period of LGBTQ liberation.

The podcast the result of two years of work by Camp, an Indiana-native who studied Writing and Producing for Television at Columbia College Chicago. They combed through stacks of books and snippets of audio and soon found themself digging through the ONE Archives at the USC Libraries in Los Angeles -- the largest queer archive in the world. They was amazed by all they didn't know and, more importantly, by the parallels they saw between the problems we face today and those that tore our queer predecessors apart.

"I was out for almost a decade before I started reading about the Mattachine Society, and assumed I was pretty well-versed in queer culture," Camp said. "Reading the hateful words that some of these gay people said to each other, and following the heartbreak that some of them experienced from rejection within our community opened my eyes to the problems that persist today... This show is certainly about how outside forces view the queer community, but it's just as much about how we view ourselves."

Part of Camp's goal for "Mattachine" is that of any historian -- to shine a light on a neglected piece of history. They also hope to show the inheritors of that history, in this case the LGBTQ community, that their stories are woven into the larger political and social histories they've learned about. By bringing these stories to life they hopes to uncover issues that the community still struggles with today, from internalized homophobia to misogyny to assimilation.

"Public schools aren't teaching us our history, so why not learn it on your bus ride to work in a dramatic and exciting fashion?" Camp suggested. "Studying history is never a waste of time, especially when political pressure is coming down on us again under Trump. His administration is doing terrible things to our community, and we can learn how to fight him by studying what our ancestors did."

For more information check out https://gopride.com/Zdqx and listen to the first episode of "Mattachine" today.