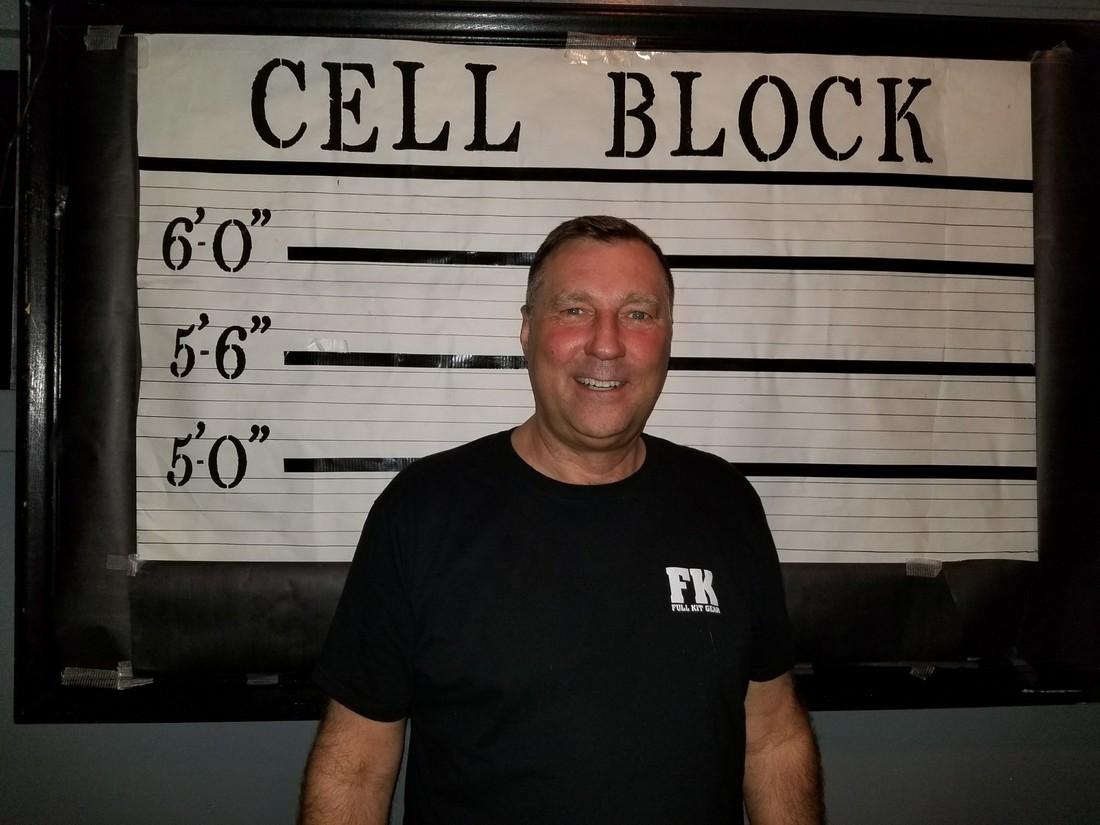 photo credit // ross forman
Chicago, IL - Mark Bowden will soon serve his final drink at Cell Block in Boystown, where he has worked for 22 years, including the past eight as its manager – always a friendly, smiling face at its front bar.

Bowden is going home, returning to his native Texas, where he was raised and the majority of his family still resides. He has three brothers and a sister, six nieces and nephews, "and I'd really like to reconnect with them and start a good relationship with them all," he said. "I moved to Chicago over 30 years ago, so I've been gone a long time.

"It was a tough decision to move."

But his Edgewater home was recently sold, so, as he said, "I guess it really is happening."

Matthew Dontie, a fellow Cell Block bartender, will be the new manager – "and I think he will do an amazing job," Bowden said.

Bowden started working at Cell Block in May, 1995 – during IML weekend, which was the first week that it opened. Before Cell Block, Bowden worked along North Halsted Street for eight years – at Christopher Street (where he started) Manhole and Vortex.

"My first day at Cell Block was scary," Bowden admitted. "The leather community was not something I was very familiar with and I really didn't feel comfortable bartending in a harness. But over the next few months, I grew more comfortable and confident and started to understand and respect the leather community. They were friendly, respectful and generous, and knew how to party.

"At that time, Cell Block was a full on leather bar with a strict dress code. And Cell Block then was one of the busiest bars on Halsted Street. I was 33 years-old at the time and going to work was the most fun I had ever had. Every night of the week was busy and the customers were amazing. After working there for 22 years, I still have a handful of customers that were there from the beginning – and I really cherish their friendship and loyalty."

Cell Block was sold several times over the years, but Bowden remained a constant, alongside cold beer.

Cell Block is now "just a neighborhood beer and a shot-drinking bar that is welcoming to everyone," he said. "Our customers are all ages and sizes, and I appreciate that."

"We even had a third bar where you could have sex or get a blow job.

"Every Sunday afternoon we had a Tea Dance where the bar and the dance floor were always packed."

Bowden said he definitely is going to miss Boystown, as well as Chicago's lakefront.

Plus, he added, "The people of Chicago are, for the most part, extremely likeable and friendly, especially (within) the gay community. They have treated me very well in my 30 years of bartending on Halsted Street. I definitely will miss all of our customers, as well as the good we do for the gay community. We have done tons of fundraising and charity work over the years, (and also) have sponsored numerous gay sports teams."

"I would like everyone to stop in that night and say goodbye," he said. "I'm really going to miss all the friends and customers who have been so loyal to me over the past two decades. So long, Boystown ...it's been a great ride."