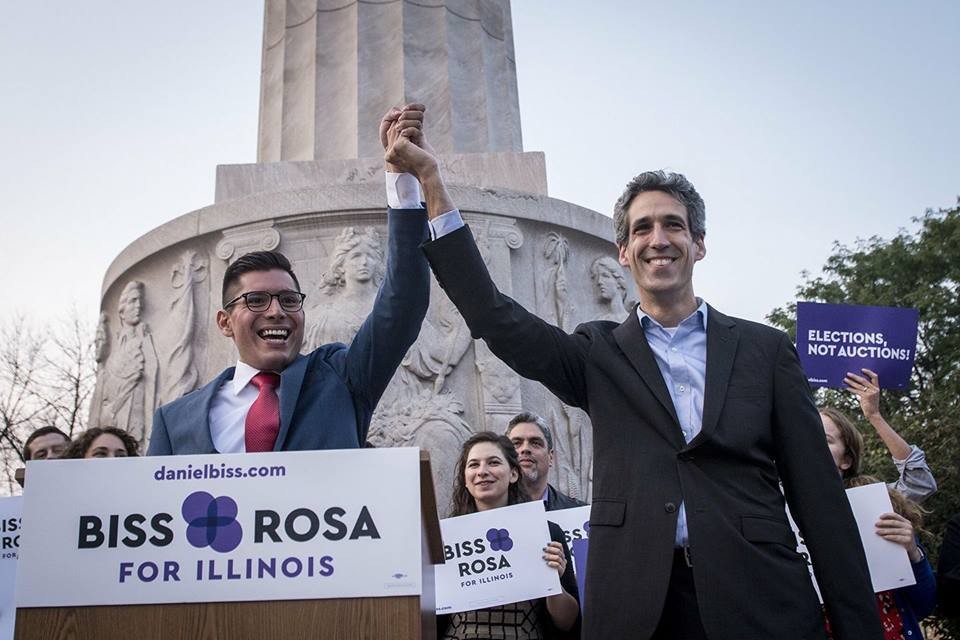 In a Facebook post on Sunday night, Schneider said he was surprised and "immediately concerned" by Biss' selection of Chicago Alderman Carlos Ramirez-Rosa, noting his past comments about the U.S.-Israel relationship and membership in the Democratic Socialists of America (DSA) that endorsed a policy of Boycott, Divestment and Sanctions (BDS) against Israel at a recent convention in Chicago.

"This decision is not taken lightly," Schneider wrote. "I remain hopeful that, as Alderman Ramirez-Rosa learns more about the importance of the US-Israel partnership to both our nations, the unique challenges Israel faces as the only democracy in a very dangerous neighborhood, and the commitment of the vast majority of the Israeli people to peace and a two state solution, he will reconsider his positions."

According to an interview with the Chicago Reader, Ramirez-Rosa joined the DSA in March.

"Bernie Sanders opened up that door for me," Ramirez-Rosa explained. "I said, if someone could run for president of the United States and say 'I'm a democratic socialist,' then, hell, I can come out of The Closet. I've come out of the closet before."

In 2015, Ramirez-Rosa - now 28 - became the youngest current alderman and first openly gay Latino to serve on the Chicago City Council.

Biss is among eight candidates, including J.B. Pritzker and Chris Kennedy, vying for the Democratic nomination to challenge incumbent Republican Gov. Bruce Rauner in November 2018.