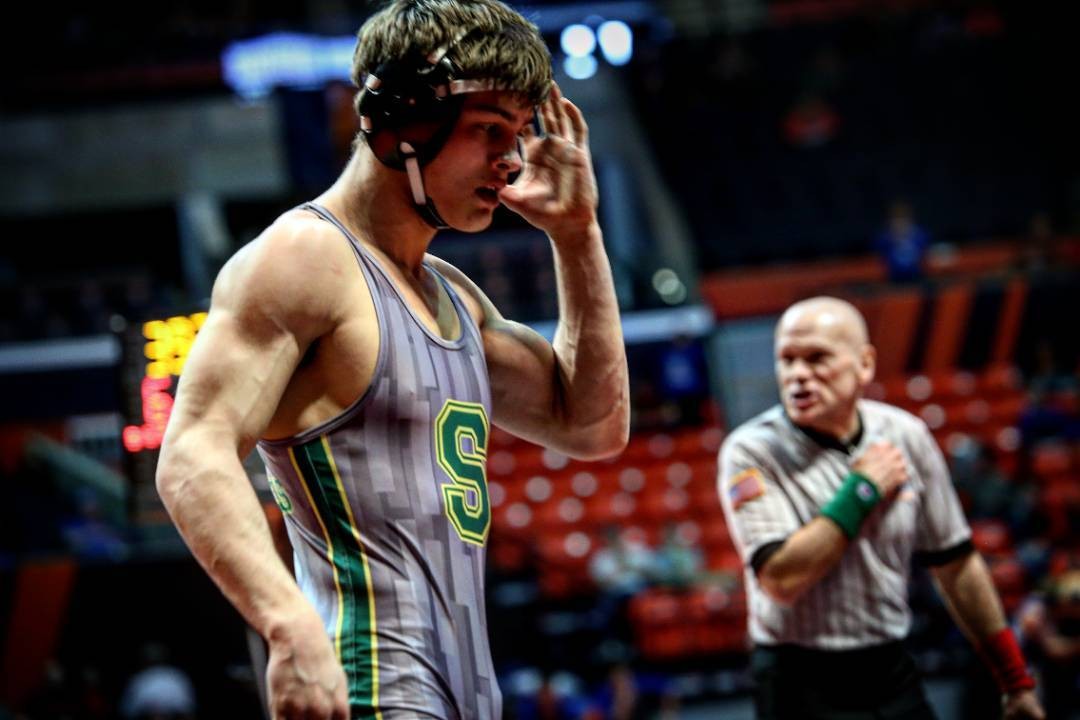 Freshman year at Columbia University set to start for out, Chicago-area native

Chicago, IL - Dylan Geick has long wanted to be an author. He's been reading and writing creatively for as long as he can remember, and admittedly would tear through books in a single day as a youngster.

"I can remember bringing a few books on vacation to Michigan one time and every time we went to the beach I'd just sit and read. In the car, at the house, (I was) always reading, (such that) we had to go to the bookstore in town and get a couple more books before the trip was over," remembered Geick, who lives in northwest suburban Buffalo Grove.

The 18 year-old Geick, who is quick to point out that he turns 19 on Sept. 9, graduated from Stevenson High School in Lincolnshire and is headed to Columbia University on August 26, with classes set to start on Sept. 5.

He's an accomplished amateur wrestler who's now taking his sport skills to the college level. And yes, he is openly gay.

Geick also is now an author.

"With (college) coming up and my burgeoning social media presence making it plausible, I thought (now would) be a perfect time to self-publish and get my foot in the door of the profession. I wanted to be able to share something intensely personal with all the people who've supported me the past year and a half.

"Poetry was the best choice."

Geick is the author of, "Early Works," now being sold through blurb.com.

"Most of the poems were written over the course of my senior year (in high school), though two were written in the summer, shortly before and even during the creation of the book," Geick said. The poems are "an exploration of my own psyche as I grew and experienced love, loss and lust as a young man. When you add a non-conforming sexuality to that, I think there can be a lot of swirling emotion and I try to distill in my work. Some of the poems contradict each other or grow from one to the next as I grappled with my identity and matured."

Geick said the book is not aimed at the younger generation. Instead, an older, more experienced audience can get as much, if not more, out of the words. "Like all poetry, it has an intense focus, but also a very wide periphery that glasses the whole of the human condition."

The book is about 50 pages with 12 poems and a preview of a novel he's been working on, which he hopes to be published in 2018.

"I didn't really have a goal for the book other than to connect with people," Geick said. "I think it has far outperformed my expectations. I've had people talking about tattooing a certain verse on themselves, showing certain poems to family and friends and teachers. It's a lot for me to take in, honestly. I'm quite proud of it.

"My favorite is when adults come to me and say something like 'Hey, this is actually really good,' as if they were expecting something juvenile or simplistic, I suppose. That always gives me a little laugh and a pat on the back."

"My first thought is always, 'Dearth' because it's just packed so full of metaphor and many, many different themes and questions about humanity and myself. I think that's the poem I'm most proud of as a technical work, my use of sound, allusion, and whatever poetic techniques. At the same time, that's a very dark poem about parasitism and selfishness and whether or not it is in our nature to use other people or feed off of love."

Geick's poetic journey started with Shakespearian works, the sonnets mainly. "I loved the way they sounded," he said. "I can remember trying to memorize as many as I could, and still (remember) a few. I wasn't inspired to write until W.B. Yeats, who is one of, if not the, greatest poets to ever live. The depth he instilled in his works, while still having concise messaging ...it baffles me. He definitely inspired me to really dig into poetry.

"Right now I'm absolutely enthralled by Li-Young Lee's work. He's a poet living in Chicago, so it's kind of a stubbornly elusive dream of mine to meet him."

Geick met Jackson Krecioch in Los Angeles while he was visiting his brother, Mason Geick. That sort of kicked off a crazy couple of months, traveling and building their budding relationship ...despite living about 1,800 miles apart.

"He's also from the Milwaukee area, so I was able to meet his old friends and family and he was able to reconnect with some hometown friends.

"Then Jackson went off on tour with DigiTour across the country while I stayed in Chicago, training, studying, and getting ready for school. I met up with the tour in the Midwest and went on a few stops with them. Not surprisingly, traveling around the country with your boyfriend at age 18 was a lot of fun. Now his tour is over and I'm back in LA for a bit. I'll return to Chicago on Aug. 19, with Jackson, to see family for one last time before I pack up and ship out to New York."

Geick and Krecioch went to Chicago Pride together in late-June, along with Geick's father, stepmom, and a group of friends. His sister and many of her friends were there, too.

"I know I'm supposed to be a little nervous to start (college), but I'm not. I'm super excited to just get on campus. This summer has been an absolute blast, but I can't wait to start pushing myself physically and mentally. I'm excited to just be surrounded by such an accomplished, intellectual group of people."

Geick said the biggest change for him personally since coming-out is just his overall emotional state. "I was carrying a lot of anger as a kid, for various reasons, but being closeted and feeling different was definitely a big one," he said. "I'm a happier, kinder person today because I feel more comfortable in my own skin. I wouldn't change anything about myself and I love helping other kids get to that point.

"My coming-out was blessed to have very little negative responses, but the reaction of my wrestling teammates from overseas is still the most touching to me. These are kids who grew up in a homophobic culture, they had this unfortunate lack of acceptance indoctrinated from such a young age and didn't even move here until a year before high school. Yet only three years later, when I came out, they both took no longer than a few moments to change their entire mindset and accept me. It speaks not only to their personal character, but also to the capacity for humanity to look past differences when we love one another."

Geick of late also has been making a name, and face, for himself via YouTube, with his own channel that launched in the spring.

"I saw the impact my growing presence on Instagram was having. I was getting messages every other day from kids like me saying they were able to connect with my lifestyle or some aspect of it and that I helped or inspired them in some way. Those were really powerful things for me to hear and I wanted to see how I could expand my reach and also show more than just pictures," he said. "So a Vlogging seemed like a natural, progressive step. To be honest, some of the videos are silly, juvenile even, but they're fun and that's kind of the point. A kid questioning his sexuality can watch these (videos) and think, 'Oh that's totally something my friends and I would do.' I guess it's to help shatter this idea of a 'gay lifestyle' and show that you can be whoever you want to be."

Favorite Pro Sports Team: "I don't watch any sports with teams, to be honest."