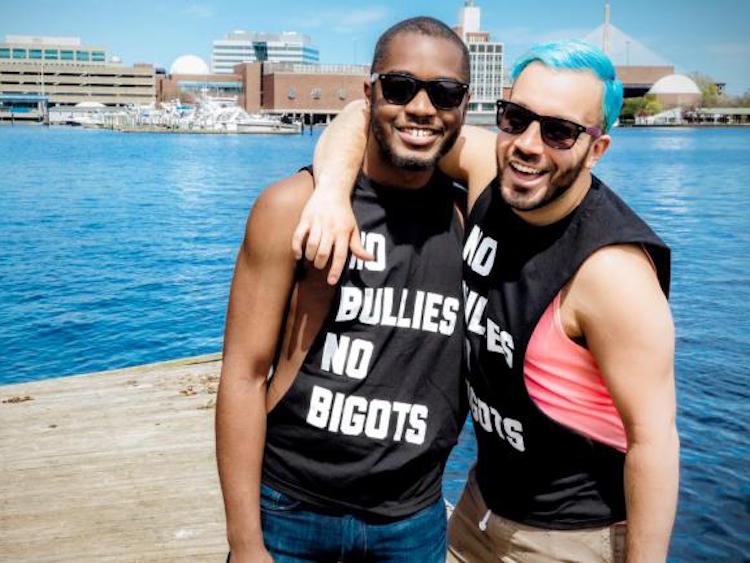 The FCKH8 Pride Tour is coming to Chicago for the largest outdoor street festival in the Midwest: the 36th annual Northalsted Market Days which will be held Aug. 12-13 in Boystown.

Amid the vast array of national talent, unique vendors, arts, crafts, food and drink, attendees will see the Tour that looks to inspire inclusiveness, community, and equality – presented by Jack'd.

The Tour is traveling to 25 cities in the U.S., Canada and Europe.

"We're really excited about the Chicago stop since it is one of the first events we are doing on the tour that is not a direct 'gay pride' event, but (still) has a strong gay presence," said Alon Rivel, Director of Global Marketing, Online Buddies – Jack'd & Manhunt.

Rivel, 29, who has worked for Jack'd since last October, said the Tour has been going "really well" so far.

"We have seen increase in usage and members in cities all over the country, some cities we saw increases of up to 30 percent during the weekends where we had our booths set up with FCKH8," he said.

The Tour is aimed at combating racism, sexism and homophobia – issues that expand into apps such as Jack'd.

"Our community looks to the rest of the world for ways to accept, represent, and feel about ourselves," Rivel said. "We must remember to come together and not exclude each other for not being 'gay enough' or 'queer enough' or 'trans enough.' We need to educate the world so that we are forever seen as equals and demand the respect and equality we deserve."

Gay minorities often feel rejected on dating apps, he said, when some opt to just speak with others strictly based on the color of their skin. "It is racism at its core and it is disgusting," Rivel said. "It is one thing to have a preference, but another to have a racial intolerance."

Personal profiles on some apps often carry such lines as, "No fats, no fems, no Blacks." The racist statement led Jack'd to issue a t-shirt and a Change The Game campaign, which was "No bullies, no bigots."

"Jack'd is a part of the community and want our users to feel safe, represented and free. We stand up because it is the right thing to do, because someone has to, because we are Jack'd," Rivel said.

Over 70 percent of the audience on Jack'd identify as something other than 'white,' Rivel said. "There is no flocking that is occurring; it is something that has always been a part of who Jack'd is," he said. "This is a safe space for men to meet other gay men, no judgement, no prejudice, no BS."

The FCKH8 Pride Tour is a partnership with FCKH8.com, an organization that has given over $280,000 to the equality cause through directly funded projects and donations to LGBTQ charities.

FCKH8.com started in 2010 as a passionate social change mission that armed thousands of people with pro-LGBTQ shirts, with such catchy, bold messages as, "Some Chicks Marry Chicks," "Get Over It," "Straight Against Hate," and "Legalize Love."

Jack'd is setting up a FCKH8 station at NortHalsted Market Days, giving away "No Bullies, No Bigots" t-shirts and free 30-day Pro memberships on Jack'd.

"History has taught us that when we band together as a community, we can make change," says Rivel. "So our message to all men is, love yourselves and one another for who we are and FCKH8."