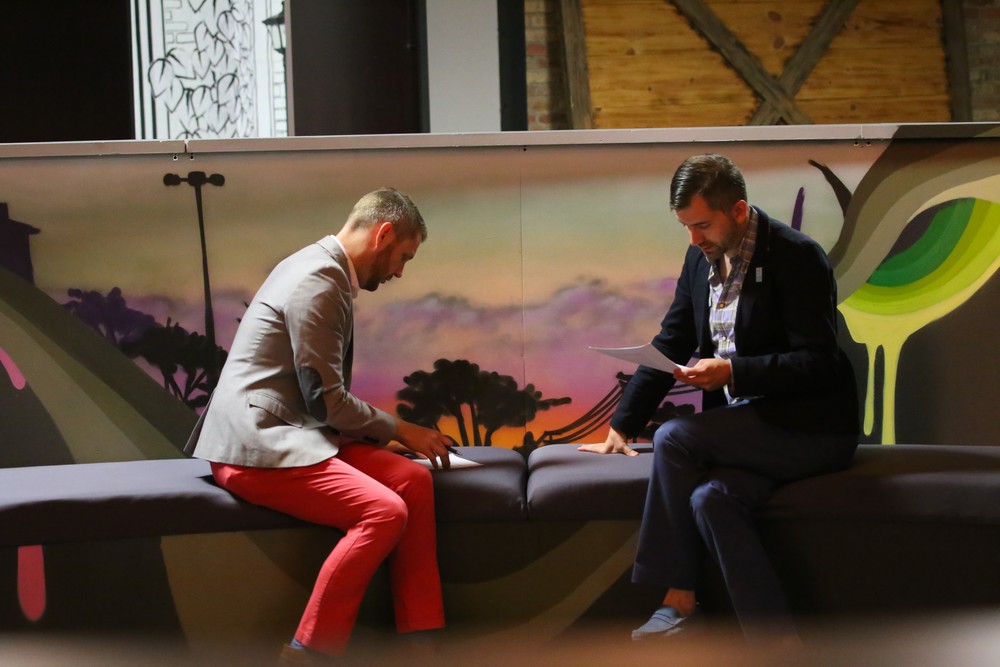 Chicago, IL - Equality Illinois launched Pride Month on Sunday, June 4 at Life Creative, 1655 W. Walnut, with a celebration of the leaders who help advance LGBT equality all year round.

"I couldn't be more happy to be having this event this week off of an incredible victorious week for the LGBT community here in Illinois," Equality Illinois CEO Brian C. Johnson said as he welcomed 200 guests to the 2017 Equality Illinois Pride Kickoff Brunch.

Johnson shared a number of the current victories in the Illinois General Assembly, including the unanimous passage of Senate Bill 1761 on May 31. The legislation, if signed by Gov. Bruce Rauner, would prohibit a defendant from using the sexual orientation or gender identity of the victim as a defense against a murder charge.

As part of the celebration, the organization honored Kelly Suzanne Saulsberry, the Director of Policy & Outreach for the Chicago Commission on Human Relations (CCHR), with the 2017 Community Pride Award.

"Justice doesn't happen when our community is silent and we are proud to recognize Kelly Saulsberry as this year's Community Pride Award recipient," Eric Wilkerson, Director of Development for Equality Illinois, told ChicagoPride.com.

A South Side native, Saulsberry works in the city's civil rights department, on its policy and public engagement initiatives. She previously worked as the Deputy Policy Director in the Mayor's Office and in various roles in social justice, focused non-profits.

"I am humbled and honored to receive the Community Spirit Award from Equality Illinois, and have much appreciation for the advocacy and education work they are doing throughout our state," Saulsberry told ChicagoPride.com.

"We need to celebrate what makes us difference and we need to support each other in the fight that makes this world a better place," she told guests.

Throughout the morning, guests enjoyed delicious food and beverages and listened to some stellar tunes from DJ Tjaye, the exclusive DJ for Oscar/Grammy winner Jennifer Hudson.

The 2017 Pride Kickoff Brunch raised $20,000, which will be applied directly towards the education/outreach work of Equality Illinois.